Many Afghan commandos fled the country after the Taliban took power and are reportedly now in Iran, Turkey, and elsewhere. 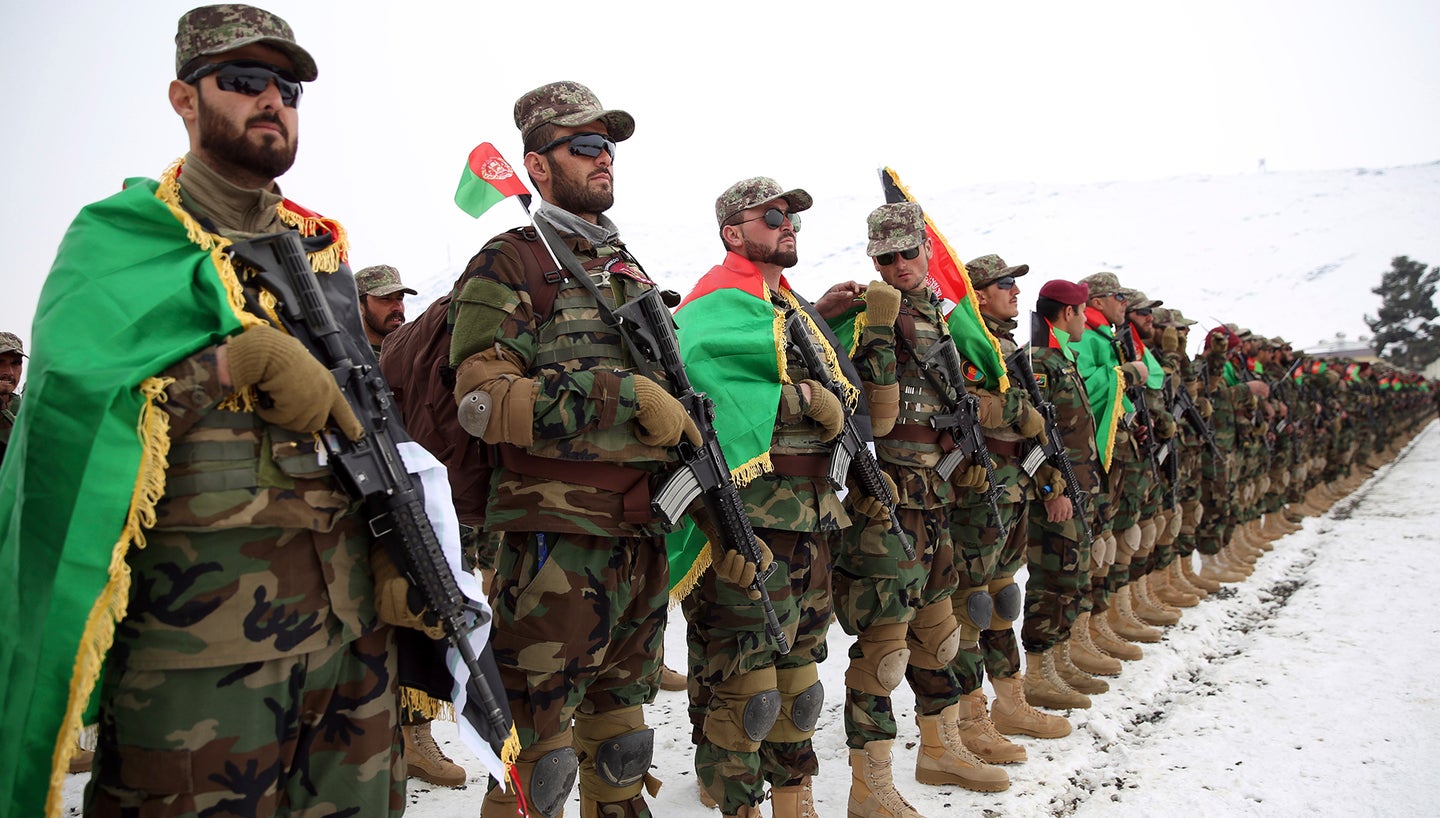 The Russians may be reaching out to former Afghan commandos and offering to pay them to fight in Ukraine as the latest proxy force to enter the conflict, according to Foreign Policy columnist Lynne O’Donnell.

“Some former commandos report being contacted on WhatsApp and Signal with offers to join what some experts referred to as a Russian ‘foreign legion’ to fight in Ukraine,” wrote O’Donnell, who cited unnamed former Afghan military and security sources. “News of the recruitment efforts has caused alarm in Afghanistan’s former military and security circles, with members saying up to 10,000 former commandos could be amenable to the Russian government’s offers.”

O’Donnell then quoted another unnamed Afghan military source as saying: “They have no country, no jobs, no future. They have nothing to lose.’”

Many former Afghan commandos fled to Iran, Turkey, and elsewhere after the Taliban captured Kabul in August 2021 to avoid possible reprisals. Even though the Taliban nominally offered amnesty to former members of the Afghan National Defense Security Forces, evidence on social media indicates that 47 Afghan troops and police officers were killed or disappeared between Aug. 15 and Oct. 31, 2021, according to Human Rights Watch, an advocacy group that investigates reports of human rights abuses.

Former Afghan Lt. Gen. Abdul Raof Arghandiwal told Task & Purpose on Wednesday that several commandos who have escaped to Iran have told him that they have been contacted by Wagner, a Russian private military company, as well as Iran’s Islamic Revolutionary Guards Corps with offers to fight in Ukraine in return for $1,500 and safety for their families.

Some of those commandos have agreed to fight for Russia, said Arghandiwal, who could not provide an exact count for the number of commandos that the Russians had recruited. In some cases, Iran has threatened to deport commandos to Afghanistan unless they accept the offers from Russia, he said. The commandos are also not allowed to work in Iran and many need to send money to their families, who are still in Afghanistan.

The National Security Council did not provide a comment for this story. When asked if the Pentagon has seen any evidence of former Afghan commandos fighting in Ukraine, a Defense Department spokesman had little to say.

“We’ve seen the reports, and while it is something we’ll monitor, we have nothing to provide today,” Marine Lt. Col. Garron Garn said on Wednesday.

By the time the Taliban captured Kabul, the Afghan Special Security Force was composed of about 25,000 people, of which roughly 10,000 troops were commando fighters and the rest included headquarters and support forces, said Jonathan Schroden, an Afghanistan expert with CNA, a nonprofit research and analysis organization in Arlington, Virginia.

Schroden told Task & Purpose that he had not heard of the Russians recruiting Afghan commandos prior to Foreign Policy’s story being published, but the idea of using Afghans as a proxy force to fight outside the country is not new. The Iranians sent thousands of Afghans to fight in Syria in recent years as part of the “Fatemiyoun Brigade.”

Indeed, the war in Ukraine has become a magnet for combatants from across the world. The State Department recently confirmed that Iranian troops have operated out of Russian-occupied Crimea to help the Russian military employ Iranian-made drones that have been used to strike targets in Ukraine.

And foreign volunteers have flocked to Ukraine to fight the Russians, including several U.S. military veterans.

But even though the Russian military has faced severe manpower shortages due to combat losses that has forced Russian President Vladimir Putin to order a partial mobilization, some experts have expressed doubts about the notion that Russia could use Afghan commandos to fight the Ukrainians.

For one thing, no visual evidence has emerged to show that Afghans are fighting in Ukraine despite the fact that nearly every detail of the conflict has been highly documented on social media, said Luke Coffey, a senior fellow with the Hudson Institute think tank in Washington, D.C.

Another issue is that Afghan commandos would immediately face a language barrier if they arrived in Ukraine to fight for Russia, said Glen Howard, a Russia expert and president of the conservative Jamestown Foundation think tank in Washington, D.C.

“How would Afghan commandos talk to Russian superiors — in Pashto or Dari — as they are engaging in combat operations?” Howard told Task & Purpose. “How would any kind of foreign mercenaries operate in this combat environment linguistically? Sure, they may speak Russian, but I think they would get more in the way than actually help Russian combat operations.”

It should be noted that Russia’s mobilization has called up older men and others who may not be ideally suited for combat, and Wagner has turned to recruiting prisoners to replenish its ranks.

With no end in sight for the war in Ukraine, the possibility remains that some of the very soldiers that U.S. troops spent decades training and advising, could eventually end up fighting for one of America’s most dangerous adversaries.