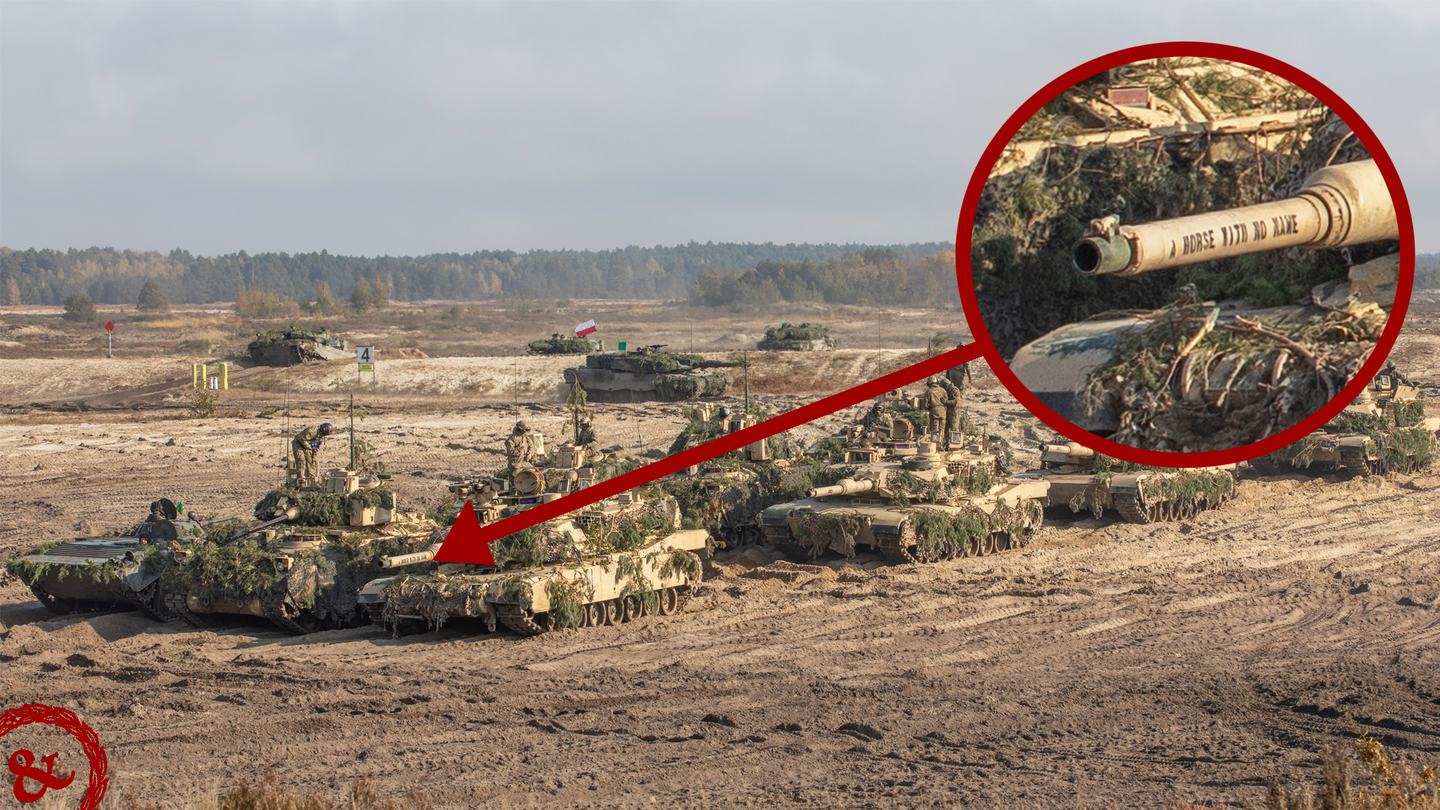 As any regular reader of Task & Purpose knows by now, we’re big advocates for a well-named M1 Abrams main battle tank, from the humorous (A Thicc Boi) and belligerent (Dropped As A Baby) to the meaningful (Barbie Dreamhouse) and culturally relevant (Baby Yoda). Now yet another appropriately-dubbed Abrams is on watch, this time in Europe: “A Horse With No Name”

With a moderately temperate climate and lush greenery, the training ranges of Nowa Deba don’t necessarily evoke the same desert motifs that Bunnell described in his original song, inspired by long drives through California, Arizona, and New Mexico with his brother while the two lived at Vanderburg Air Force Base during their childhood.

“I loved the cactus and the heat. I was trying to capture the sights and sounds of the desert, and there was an environmental message at the end,” Bunnell wrote in the booklet accompanying a box set of the band’s discography. “But it’s grown to mean more for me. I see now that this anonymous horse was a vehicle to get me away from all the confusion and chaos of life to a peaceful, quiet place.”

Life inside an Abrams battle tank, however, is the opposite of a peaceful, quiet place, especially during a live-fire exercise alongside partner forces in a region with tensions high following Russia’s invasion of Ukraine in February.

Indeed, U.S. military personnel and resources have been flowing into Poland over the last five years. In 2017, the 3-4 ABCT deployed to Poland to establish a brigade headquarters in order “to enhance deterrence, increase interoperability, and meet U.S. commitments to NATO allies,” as the U.S. Embassy in Poland put it at the time. In 2020, the Army activated its V Corps to help strengthen its capabilities in Europe in the face of ‘great power competition’ — namely, Russian aggression.

“The activation of an additional Corps headquarters provides the needed level of command and control focused on synchronizing U.S. Army, allied, and partner nation tactical formations operating in Europe,” Army Chief of Staff Gen. James McConville said at the time. “It will enhance U.S. Army Europe and U.S. European Command as they work alongside allies and partners to promote regional stability and security.”

And, as recently as last week’s Association of the U.S. Army annual conference in Washington, D.C., officials described how a brand-new prepositioned stock worksite currently under construction in Poland would enhance the Army’s ability to rapidly deploy forces in the European theater at a moment’s notice, a practice tested immediately following Russia’s invasion of Ukraine in February with the 1st Armored Brigade Combat Team, 3rd Infantry Division’s no-notice deployment to Europe.

More than 10,000 U.S. troops are currently deployed to Poland out of the 100,000 American service members stationed throughout Europe in response to the Russian invasion of Ukraine, and the U.S. is currently planning the construction of a permanent military base there, its first in Eastern Europe. In the meantime, Europeans can sleep easy knowing that U.S. soldiers are on guard with their faithful steed.