What if the sailor charged in the Bonhomme Richard fire was actually a minor hero?

The prime suspect, now cleared, might just have been doing the right thing. 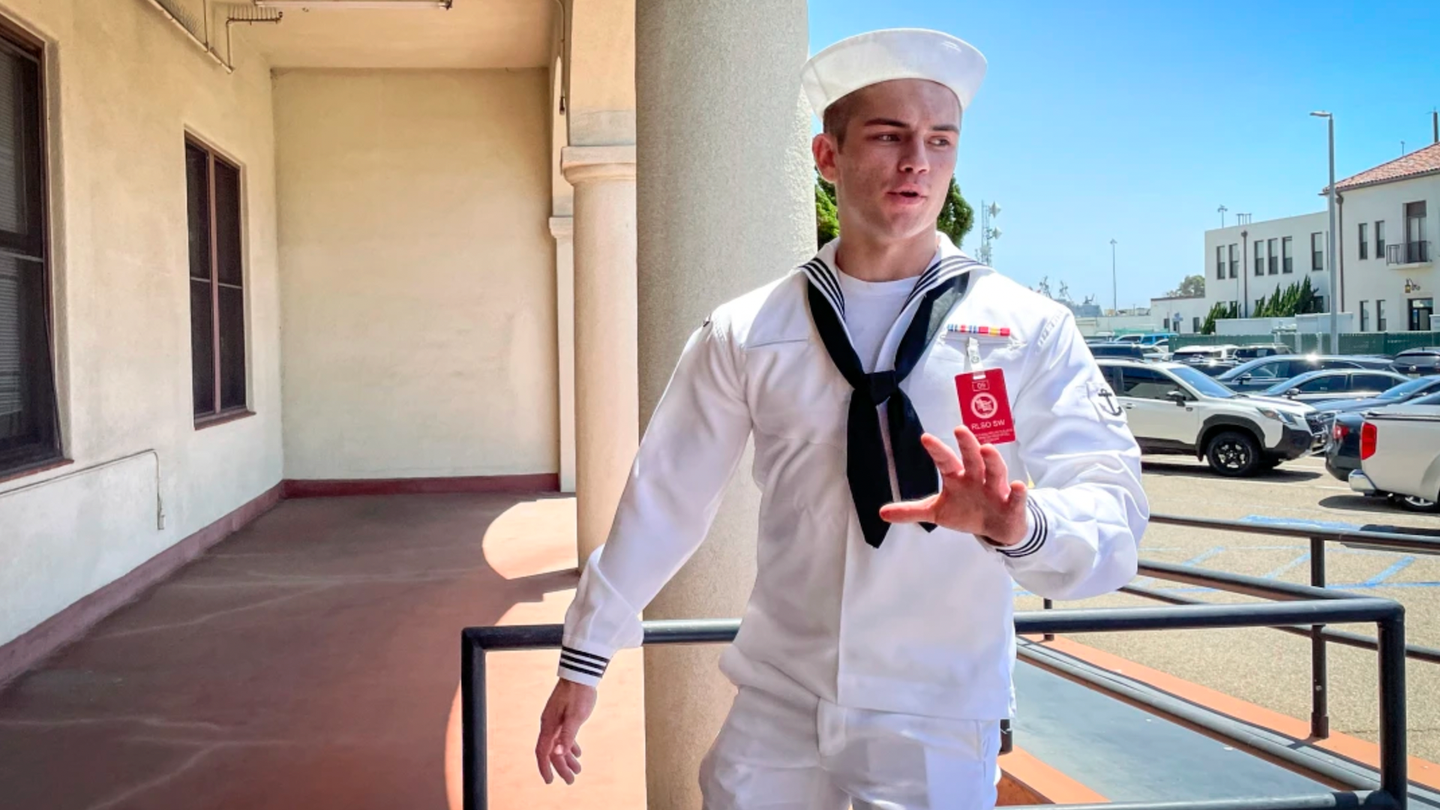 Ryan Sawyer Mays walks past reporters at Naval Base San Diego before entering a Navy courtroom on Aug. 17, 2022.
SHARE

Now that the considerable smoke from the burnt USS Bonhomme Richard has cleared, it may be time to consider that Seaman Recruit Ryan Sawyer Mays – found innocent at court martial of starting the fire that burned the ship – may actually be a minor hero.

The 21-year-old sailor was the principal suspect in the Bonhomme Richard fire, but testimony during his trial revealed that he was also one of the sailors commended by the U.S. Navy in its report on why the ship burned.

“He saved my life,” Seaman Edwin Kongo declared in testimony.

As the fire spread, Mays came through the ship’s berthing — behind sealed hatch doors so no smoke was there – and warned its occupants, including Kongo, that the ship was on fire. Kongo said he was barely awake and he never heard the fire called. But he gathered his Apple watch, his iPhone, and his wallet and headed out. When he opened the hatch, Kongo testified, “I could barely see anything. There was a lot of smoke…. It was hard to breathe.”

The USS Bonhomme Richard fire began at Naval Base San Diego on the morning of July 12, 2020, and burned for almost five days. More than 60 people were injured fighting the fire that spread quickly as the crew, many untrained in firefighting, tried to save a ship that – except for its ability to float and take on fuel – was barely functional. Failed firehoses had been stripped of brass fittings by NASSCO contractors, according to testimony by Deck Department Senior Chief Michael Simms, now retired. The Navy’s response to the fire is perhaps best summed up as a ‘clusterfuck.’

The Judge Advocate General investigation and its 440-page report found little to commend that happened onboard the LHD-6 during the five-day fire. But its authors did recognize the meritorious performance of unnamed sailors, who “unilaterally acted to verify that no personnel remained in the berthing areas as the ship was evacuated…..their efforts to ensure no shipmates were left on board is worthy of commendation.”

Numerous unnamed sailors were also commended for their firefighting efforts: “They repeatedly exposed themselves to danger over 12-hour shifts in their efforts to extinguish the fire.”

During the trial, retired Marine Lt. Col. Gary Barthel represented Mays until the money ran out. A former military lawyer, he attended nearly every day of the two-week court martial unpaid while an adept team of Navy defense lawyers followed the roadmap Barthel had laid out at the Article 32 hearing in December 2021.

“Like many sailors, Seaman Mays spent the first day of the fire doing what he could to support Fed Fire,” Barthel said, referring to Federal Fire & Emergency Services which initially responded.  Mays and shipmates returned every day until the fire was out to support firefighting efforts.

The Navy isn’t commenting on plans for Mays’s future, but confirmed to Task & Purpose that all punishment is over, according to Lt. Samuel R. Boyle, spokesman for the U.S. Navy 3rd Fleet.

Canary in the coal mine

Mays’ vigorous complaints – used against him to claim he had a motive – ended up being addressed in the JAGMAN report’s recommendation that commanding officers establish habitability and shipboard safety standards before onboarding to a ship coming out of maintenance availability.

The crew of the Bonhomme Richard was ordered to move from the “barge,” a temporary berthing vessel at the naval base where they had been billeted while contractors worked, back to the ship by the deadline of July 11, before the Navy and contractors concluded the handover on July 13. The Navy needed the barge space to house another ship’s crew, according to trial testimony.

Mays sounded the alarm on contractors welding in the berthing area of the Bonhomme Richard days before the fire after he was showered with sparks while napping in deck berthing. He sent an angry text to his supervisor, Lt. Brianna Lounsbury, and was rumored to have cussed out the contractors. No one seemed to know that the welding was set to happen in an inhabited area.

“That shit is hazardous as fuck and needs to go up to the chain of command ASAP,” Lounsbury said, reading Mays’ text. Her assessment of the message?

“I understood his concerns but didn’t like the delivery,” she testified. She told Mays she agreed with him but counseled him for the tone and language. She did report the incident up her chain of command – and others seem to have noticed Mays’s conduct more than the message. But Lounsberry testified that he was right to be alarmed at welding in berthing without anyone being notified.

“Hotwork needs to be scheduled and a lot of people need to know about it,” she testified, mentioning the ship’s fire marshal. Contractors, she said, “are not very respectful. They show up when they want and do what they want.”

“It’s very common for sailors to not like being on a non-operational ship,” she said. “It’s miserable for them.”

Despite the testimony that (begrudgingly) acknowledged Mays’s actions before and during the fire, no one should anticipate Mays receiving a friendly nod of recognition for his efforts from the Navy.

“They wrongly accused him of sabotaging the ship and burning it, threw him in the brig for a couple of months, Imputed his character and ruined his reputation, imposed a huge financial burden on his family in order to prove his innocence, and put him through more than two years of hell,” said Barthel. “Now it’s: Come on back to work. If that’s not a hostile workplace environment, I don’t know what is.”