No luck on beards. 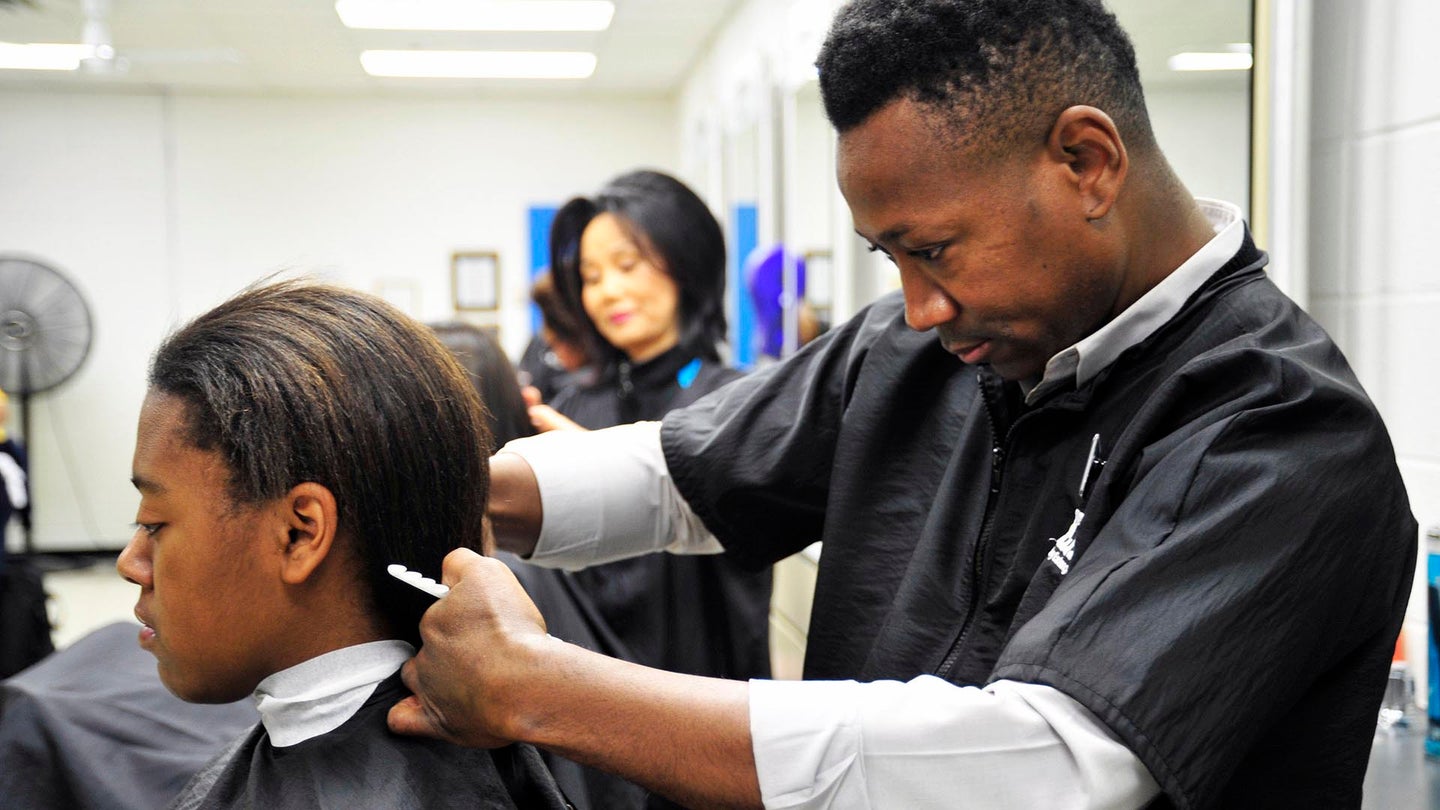 The Navy will update the language for its hairstyle and grooming standards to avoid any perception of racial bias, service officials announced on Wednesday.

The coming changes are a result of the findings of Task Force One Navy, which recently completed its report on how to dismantle racial and gender barriers that prevent sailors from succeeding.

On Wednesday, the Navy released the task force’s 142-page final report, which involved hundreds of “listening sessions” with sailors around the world. Per former Defense Secretary Mark Esper’s directive in July, the task force also reviewed the Navy’s hairstyle and grooming standards for any traces of racial bias.

Ultimately, the task force found that the Navy’s grooming and hairstyle standards were not racially biased, but several terms, definitions, and other words used in the Navy’s policy were “considered subjective, which may facilitate policy interpretation resulting in the perception of racial bias.”

“Does that mean that an African-American woman cannot have blond hair? That’s what some of the COs were interpreting,” Nowell told reporters on Monday.

That is why the Navy is “tightening” the language in the grooming standards to prevent the rules from being too subjective, he said.

One change the Navy decided not to make was reversing its decision to stop issuing permanent “no-shave chits,” despite the fact that Black sailors are reportedly more likely to suffer from “razor bumps” where facial hair curves back into the skin and causes inflammation.

Chief of Naval Operations Adm. Mike Gilday said in October that the task force would look into the no-shave chit issue.

“Some would argue that I moved too fast with that decision and that some are disadvantaged by it,” Gilday told Defense One editor Bradley Peniston. “But quite frankly, in my mind, the key thing is safety of people out there in a situation like a fire, right. And can they wear gas masks that are going to seal properly?”

Last year’s fire aboard the amphibious assault ship USS Bonhomme Richard shows exactly why it is important that sailors have firefighting gear that fits perfectly, Nowell said. To get a good seal on their gas masks and breathing apparatuses, sailors cannot have any stubble.

While Nowell acknowledged that razor bumps – officially known as pseudofolliculitis barbae – predominantly affects Black sailors, he also said that no sailors with the affliction have been kicked out of the Navy if they have been willing to find ways to treat their condition.

Overall, the Navy has been forward-leaning on grooming standards, Nowell said, noting that the service approved ponytails for women two years ago.

“I will tell you: Men always come up to me and say, ‘You gave women ponytails; why won’t you give me a beard?’” Nowell said. “It’s not a quid pro quo because it’s a safety issue.”