The Navy is reconsidering its war on beards 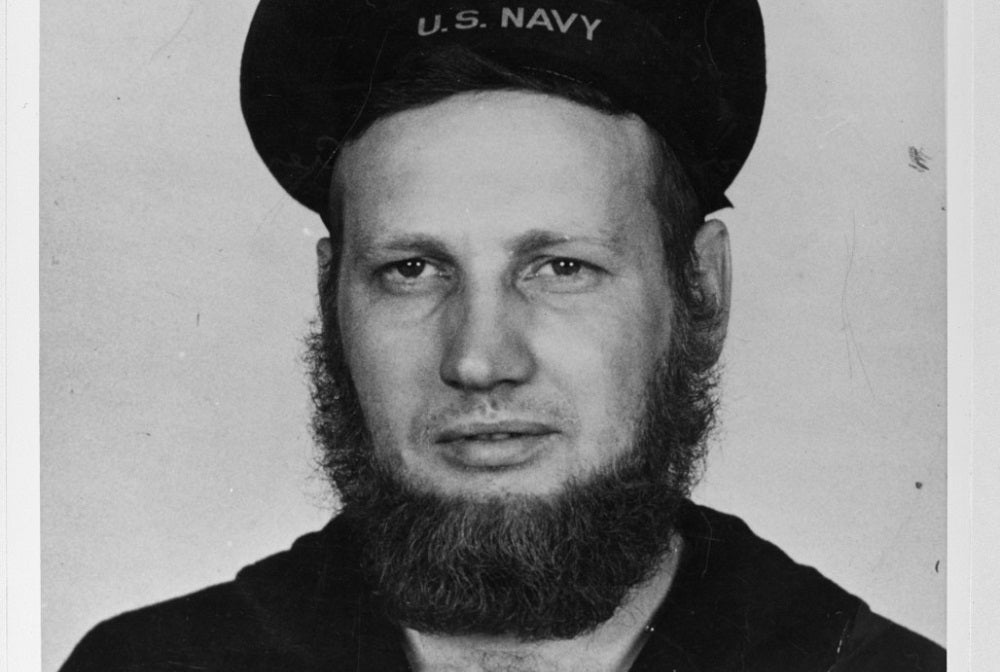 Beards could be making a comeback in the Navy.

A Navy task force looking into ending racial disparities and injustice within the service is considering whether sailors should be allowed to have beards, Chief of Naval Operations Adm. Michael Gilday said on Tuesday.

“We’re going to take another look at it,” Gilday told Defense One editor Bradley Peniston during an interview on Tuesday. “So, if people are complaining about it, I’m not going to play deaf ears and think that I have all of the answers in my beautiful office in the Pentagon.”

Gilday’s comments came in response to a question from Task & Purpose. (Disclosure: This reporter has a beard and bears an uncanny resemblance to Muqtada al-Sadr’s brother Murray, a Talmudic scholar.)

Last October, the Navy stopped issuing “no-shave chits,” which had allowed sailors to grow beards up to one-quarter inch long if shaving every day irritated their skin, according to Stars and Stripes, which also noted that Black sailors are most likely to suffer from “razor bumps,” when facial hair curves back into the skin after being shaved, causing inflammation.

“Some would argue that I moved too fast with that decision and that some are disadvantaged by it,” Gilday said on Tuesday. “But quite frankly, in my mind, the key thing is safety of people out there in a situation like a fire, right. And can they wear gas masks that are going to seal properly?”

Cmdr. David Hecht, a spokesman for the Chief of Naval Personnel, had no information about possible changes to the Navy’s grooming standards beyond what Gilday said on Tuesday.

“Task Force One Navy was established June 30, to help identify racial barriers and other forms of discrimination in the Navy so that we can address them head-on,” Hecht said in a statement to Task & Purpose. “Later this year, the task force will provide the Chief of Naval Operations with their recommendations on a variety of policy issues. As the task force continues to conduct focus groups and listening sessions across the fleet, it would be inappropriate to discuss any tentative recommendations at this time.”

Since the death of George Floyd at the hands of Minneapolis police officers, the individual military branches and the Defense Department as a whole have begun examining how to end systemic racism in the military’s justice system and promotion processes.

Defense Secretary Mark Esper announced on June 14 that he had ordered all of the military services to examine their grooming and hairstyle standards for any racial bias and then make any necessary changes by Sept. 15.

The Navy has not always required most sailors to have smoothly-shaven faces. In the early 1970s, then Chief of Naval Operations Adm. Elmo R. Zumwalt Jr. ushered in the sea service’s grooviest grooming standards, which allowed sailors to grow far-out facial hair.

But the Navy started imposing beard restrictions and in December 1984, then-Chief of Naval Operations Adm. James D. Watkins announced that there was no place for sailors with beards in Reagan’s America.

In a New York Times article announcing the change, one bearded chief petty officer told the newspaper, “I’ll live with it.”

Related: Top general cites 1945 Battle of Iwo Jima as reason Marines need to get haircuts during a pandemic