Sgt. Maj. of the Army to leaders: Stop using behavioral health as a universal band-aid for problems

“We can’t just use only one resource.” 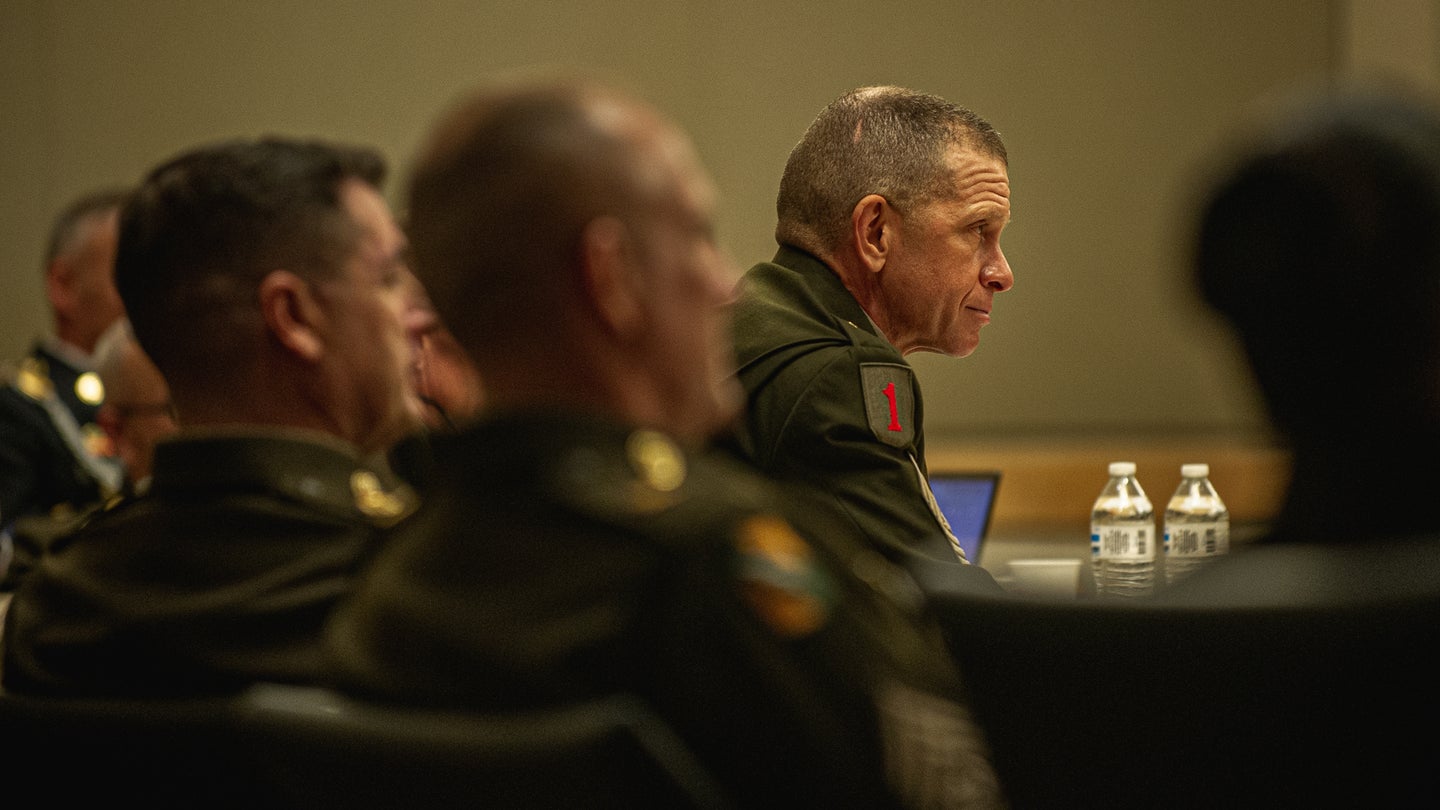 Sgt. Maj. of the U.S. Army Michael A. Grinston, engages competitors during the board of 2022 Best Squad Competition at the Pentagon Library and Conference Center in Arlington, Virginia, Oct. 7, 2022. (Sgt. Henry Villarama/U.S. Army).
SHARE

Sergeant Major of the Army Michael Grinston urged leaders last week to stop using behavioral health appointments as a band-aid for any problem their soldiers might be having.

During a forum with Army families at the Association of the U.S. Army’s annual conference in Washington, D.C. on Wednesday alongside Army Secretary Christine Wormuth and Chief of Staff Gen. James McConville, Grinston said he recently sought out behavioral health for himself after a “tough summer.”

“It’s okay to seek help if you need help,” Grinston said. “But I do want to caution you that that is not the panacea for all your problems.”

“Maybe seek behavioral health, maybe you can talk to a chaplain,” he continued “I think when we use all the resources that we have, I think we’re all going to be in a better mental state. We can’t just use only one resource.”

Grinston brought up the issue of behavioral health appointments again in a conversation with noncommissioned officers on the same day, during which he said Army leaders are looking at implementing “annual wellness checks.”

The Army needs to “improve our utilization of our Army wellness centers,” Grinston said, and part of that will require leaders to engage with their soldiers to determine what resources could actually help them.

What the Army doesn’t want to do, he said, is require everyone to have a behavioral health appointment and end up taking appointment slots away from those who might actually need them, a challenge that’s particularly important to avoid when the Army is already facing a shortage of mental health providers.

The Army, along with the rest of the military services, has been working to get its arms around a mental health and suicide problem that only appears to have accelerated in recent years. According to a recent Associated Press report, suicides in the military increased by 40% between 2015 and 2020, and data released earlier this year showed that the number of suicides the Army saw in 2021 was the highest in decades.

But Grinston previously told Task & Purpose that those numbers could be turning around; Army data that hasn’t yet been made public indicates the service has experienced 51 fewer suicides this year than compared to this point last year.

At least part of that decline is due to initiatives that Grinston and other enlisted leaders have taken on as part of a monthly summit meeting, where they discuss plans of action they can move on immediately to help turn trends around instead of waiting for data months later.

And while there are a number of things the Army is working on to decrease suicides, when it comes to getting the help they need, Grinston urged leaders to stop using behavioral health as the only option for soldiers who are struggling.

The idea of annual wellness checks has been tested in the 1st Infantry Division, Grinston said, and the Army has seen success so far. But it also hinges on leaders ensuring soldiers know what other resources exist for them, and not pushing them to a behavioral health appointment because they see it as a mental health fix-it button.

A soldier may be feeling stress and anxiety over financial challenges, for example, and would benefit from sitting down with a financial planner or expert, Grinston said, emphasizing that while chaplains are religious leaders in the force, some are also licensed counselors — Family Life chaplains, for example, are required to have a masters-level degree in counseling — and talking to them doesn’t mean soldiers have to talk about religion.

“They’re counselors,” Grinston said of Army Family Life chaplains. “They are licensed counselors. They have to be. And people sometimes say, ‘No, I don’t need to talk about religion.’ No, they’re just behavioral health.”

Correction: This article was updated on Oct. 18 to correct comments made by Sgt. Maj. of the Army Michael Grinston. During his remarks at AUSA he said chaplains are “licensed counselors,” however, not all chaplains are licensed counselors. Grinston was referring to Army Family Life chaplains, who are required to have a masters-level degree in counseling.