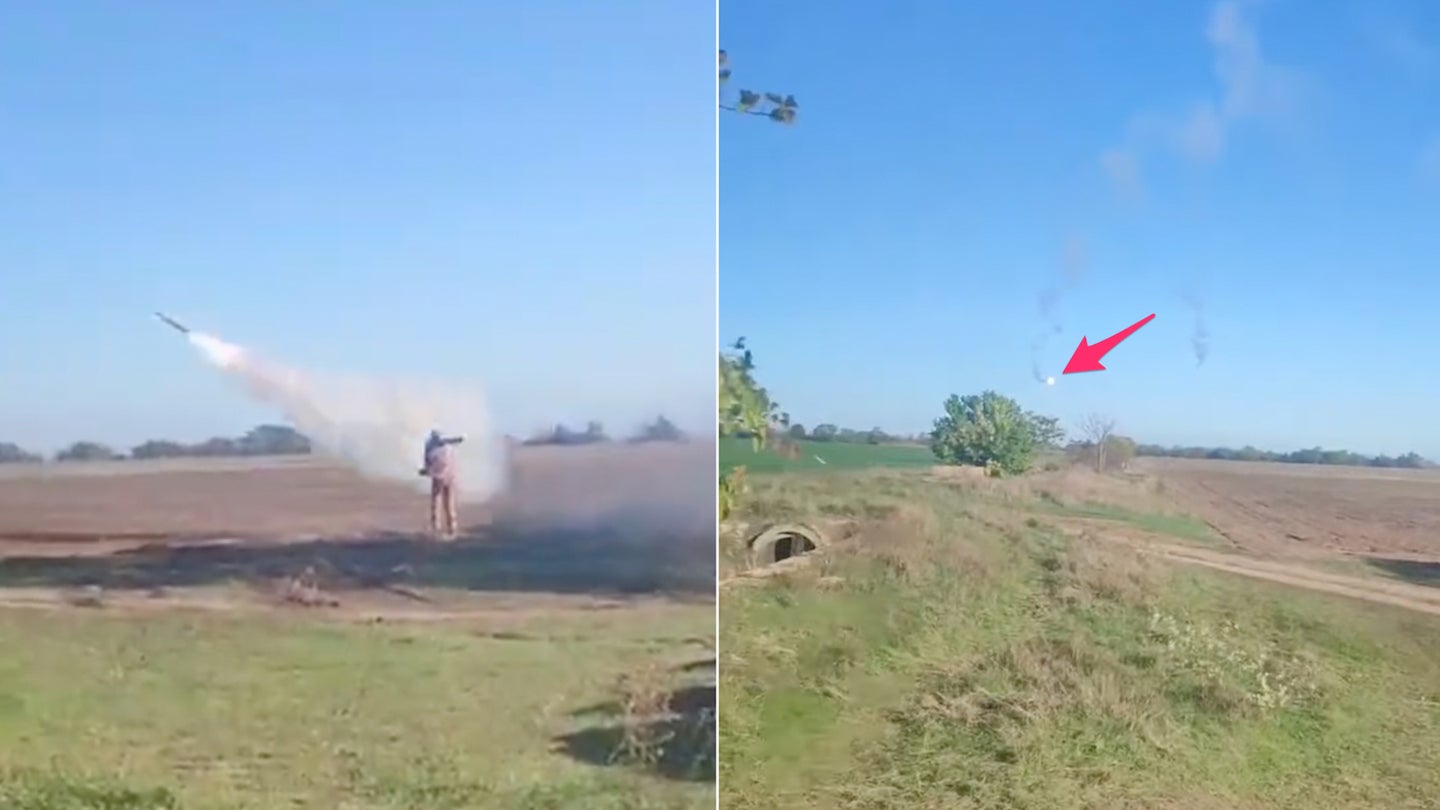 What does a one-in-a-million shot look like? We now have a pretty good idea.

Video released by the Ukrainian military on Monday appears to show a Ukrainian soldier taking out an incoming Russian cruise missile with a 9K38 Igla man-portable surface-to-air missile system.

The video shows a lone soldier standing in a field with his Soviet-era Igla launcher before a voice in the background can be heard shouting “here it goes!” in Ukrainian, followed by the sound of jet engines overhead and a sprinkle of small-arms fire.

The voice then shouts, “Vanya, go!” to the Igla-toting soldier, who takes aim and fires off a rocket into the clear blue sky. The rocket intercepts the incoming missile in a far-off burst of flame followed by victorious screaming (and, from what I can gather, cursing) from the Ukrainian forces.

While this isn’t the first report of Ukrainian forces shooting down Russian cruise missiles using man-portable air-defense systems (MANPADS) since the start of the invasion in February, it certainly appears that this is the first time such a shot has been caught on video.

“This is what the practical combat work of mobile air defense groups looks like,” the General Staff of the Armed Forces of Ukraine wrote in an Oct. 10 Facebook post.

Task & Purpose could not independently verify the date and location of, but its release comes amid a Russian offensive targeting the Ukranian capital of Kyiv and several other cities with long-range missile strikes on Monday morning.

The barrage was likely a ‘vengeance’ strike in response to the high-profile attack on Russia’s strategically-crucial Kerch Strait Bridge on Saturday, as our colleagues at The War Zone report.

According to Valerii Zaluzhnyi, the Commander-in-Chief of the Armed Forces of Ukraine, 41 out of the 75 missiles launched by the Russian military as part of the fresh offensive were intercepted by Ukrainian air defenses.