Hundreds of thousands of dollars flow every month from Russia to its former soldiers living in the United States, usually... 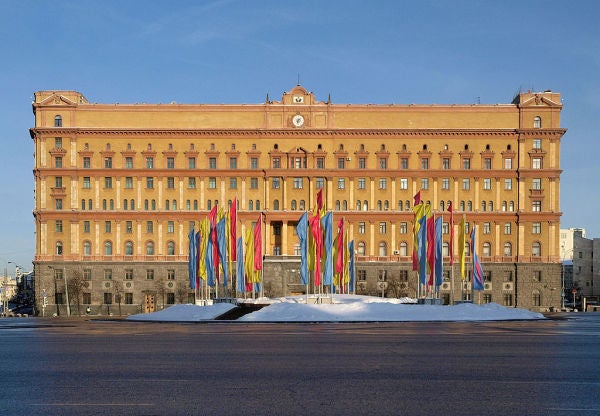 Hundreds of thousands of dollars flow every month from Russia to its former soldiers living in the United States, usually unseen and unchecked.

But now U.S. investigators are examining whether this river of pension benefits intended for Russian military veterans is somehow mixed up in efforts to undermine last fall’s U.S. election and put Donald Trump in the White House.

Investigators have tried to determine if Russia’s Federal Security Service, the intelligence agency known as the FSB, funneled payments disguised as pension benefits to U.S.-based operatives who hacked top Democrats’ emails and took other measures to discredit Hillary Clinton.

“If you are the Russian FSB and you want to pay these hackers, you have to figure out how to make your payments in a way that won’t raise red flags,” said Peter Harrell, who served as a deputy assistant secretary of state for sanctions from 2012 to 2014.

“You want to hide them in a large volume of transactions.”

A former highly regarded British MI6 officer, Christopher Steele, first made the allegation as part of a series of reports, made public last month, after months of private spying on the Kremlin for political opponents of Trump. Much of Steele’s 35-page dossier, quoting uncorroborated information from supposed high-level Kremlin sources, lays out a covert Russian plot to hack Democrats’ emails and take other steps to discredit Clinton and boost Trump. It says Trump aides knew of the operation at least as early as last June.

Steele is believed to have gone into hiding after an ex-KGB chief, whom some theorize was among his Kremlin sources, died under suspicious circumstances in Moscow.

Steele’s reports have added fuel to investigations by Congress, the FBI and intelligence agencies.

But President Trump, facing questions about those and other Russia-related allegations in his first month in the White House, has dismissed the dossier as “garbage” and “fake news.” Russian President Vladimir Putin has issued similar denunciations.

While many of the dossier’s assertions may never be substantiated, media reports over the last two weeks about the timing of electronic intercepts of conversations by Trump aides with Russians have lent a measure of credibility to Steele and his reports. The purported scheme to mask payments as pension benefits could offer U.S. investigators one possible avenue for confirming a portion of Steele’s reports.

“If you are the Russian FSB and you want to pay these hackers, you have to figure out how to make your payments in a way that won’t raise red flags.”

The dossier says diplomatic staff based in the United States were involved in recruiting and compensating Russian emigre hackers inside this country and other Russian operatives. Their payments, it said, were authorized by consular offices in cities such as New York and Washington and in Miami, where only an informal consular arrangement exists. Two sources told McClatchy that an informal working group of intelligence agencies are scrutinizing the pension system as part of the election plot.

McClatchy reported Feb. 14 that a senior diplomat in Russia’s embassy in Washington, identified in Steele’s dossier as having played a key role in coordinating the pension “ruse,” was under scrutiny by federal investigators when he left the United States last August, according to two sources familiar with the inquiry. Diplomat Mikhail Kalugin, now back in Moscow and out of investigators’ reach, has said he had been long scheduled to return home at that time and denied having any role in paying U.S. pro-Trump operatives.

In early 2015, the Kremlin, its intelligence agencies and Russian banks faced a worsening predicament. President Barack Obama had imposed a series of sanctions to punish Russia, its banks and a long list of individuals and Russian institutions over Moscow’s support for separatists who seized control of Ukraine’s Crimean Peninsula.

While the sanctions were tightened in the summer of 2015 to prohibit large Russian banks from doing business in the United States, money transfers were still permitted. But Russian banks might have shied from wiring money for the FSB for fear of further sanctions, said Harrell, now a senior fellow for the Washington think tank Center for a New American Security.

By using the existing stream of relatively modest payments to thousands of Russian emigres, it “would be pretty easy to layer some illicit payments to hackers,” he said.

The simplest way to move funds, Harrell said, would be to wire them through Western Union, where there is less of a paper trail than if the hacker opened a bank account. But the pensioners also could have acted as intermediaries, he said.

A pensioner could have cut a deal with the FSB that left no trail for investigators, Harrell said. “He says, ‘OK, I’ll give my cash to this hacker. You give my brother in Moscow $2,500 a month.” Or the pensioner could earn a monthly fee for simply turning over his pension money to the operative, he said.

Harrell worked with the Treasury Department and intelligence agencies to craft financial sanctions that sought to thwart bad actors such as Iran and North Korea and also change the behavior of more powerful world players, including Russia.

Louise Shelley, director of the Terrorism, Transnational Crime and Corruption Center at George Mason University in suburban Washington, said the pension system would be an attractive option for the Russian FSB amid the current sanctions.

“You want to hide the illicit in your legal financial flows,” said Shelley, who is an expert on Russian money laundering. “You’re looking for points that aren’t going to arouse suspicion.”

The tougher sanctions on Russian banks, and limits on lending to some key Russian energy conglomerates, date to 2012 and have targeted many of Putin’s closest associates and financial institutions.

But as a result of the sanctions, and similar actions by European nations, most Western banks scrutinized even routine Russian transactions.

Couldn’t the Russians have just moved stacks of cash via a “diplomatic pouch,” which is immune from searches by government authorities?

Yes, but delivering the cash could be risky, especially if the Russian operatives were geographically scattered.

“The last couple of years the Russian diplomats have been under pretty heavy surveillance in the United States, so you wouldn’t want the physical contact,” Harrell said.

Nikolay Lakhonin, a spokesman for the Russian Embassy in Washington, declined a request to discuss how pension payments are distributed in the United States.

He provided a statement from Foreign Ministry spokeswoman Maria Zakharova that dismissed the dossier as “mind-boggling heresies” and “simply unbearable nonsense.”

Nor would the U.S. Embassy in Moscow answer questions about the pensions.

In late 2014, the Russian pension agency estimated that the government was sending benefits to 259,000 emigres in the United States, Israel and numerous other countries around the globe. Tass, the Russian news agency, reported in 2015 that the average pension paid to Russians who served in wars was $546 per month.

McClatchy reached several Russian pensioners living in the United States. Through interpreters, they said they were required to establish proof with consular officials of their Russian heritage to qualify for benefits, which usually arrived every three months. They generally gave someone in Russia power of attorney, and their Russian contact then sent the money through a bank wire transfer or Western Union.

(Peter Stone contributed to this report.)