Captured and tortured by the Germans, this American paratrooper escaped his POW camp and fought alongside the Soviets as they marched to Berlin. 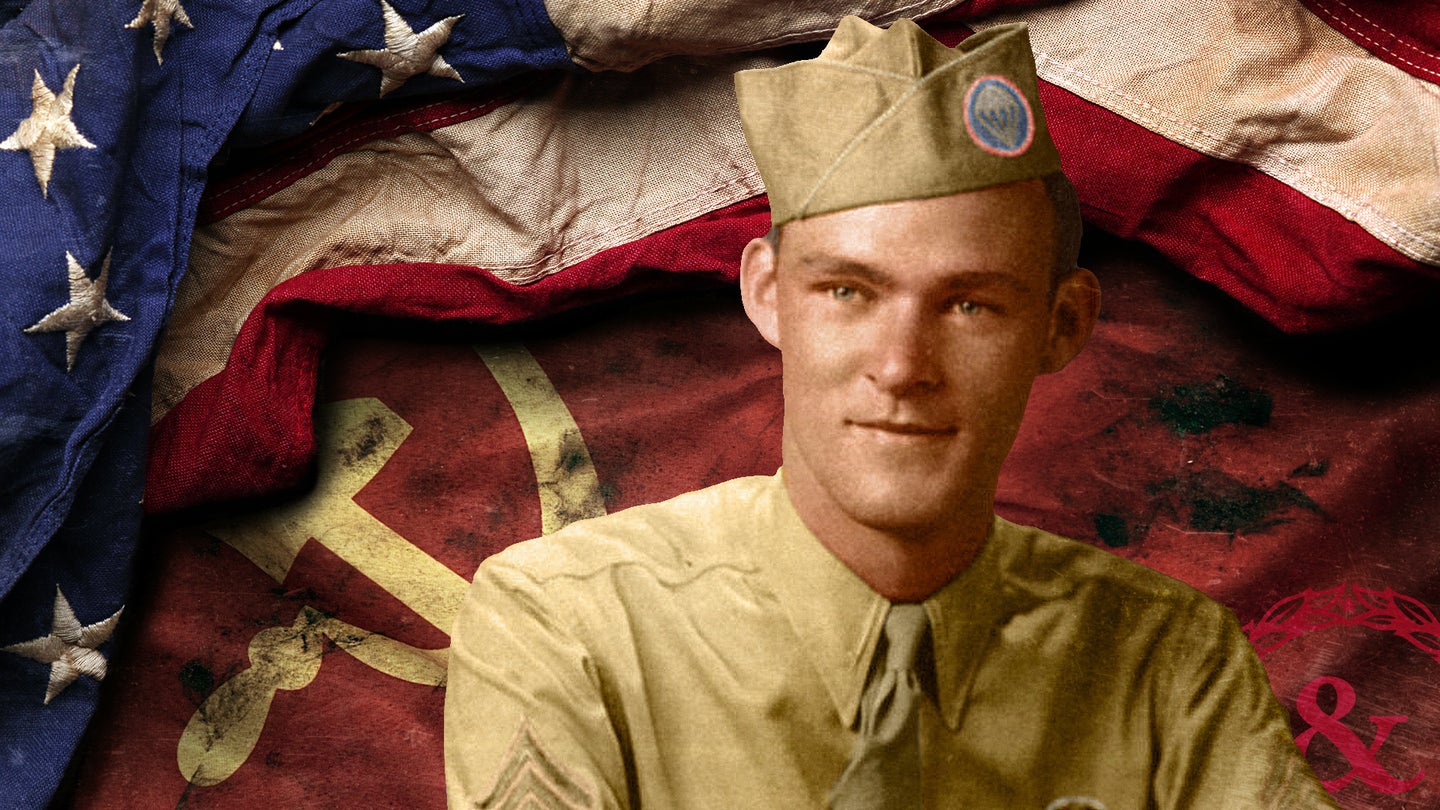 In 1994, President Bill Clinton and Russian President Boris Yeltsin held a ceremony at the White House to celebrate the 50th anniversary of D-Day. Among the attendees were several American and Soviet WWII veterans, but unique among them was the sole veteran who donned medals from both nations.

Born in Muskegon, Michigan in 1923, Joseph Beyrle was the third of seven children, two of whom would later join the Civilian Conservation Corps during the Great Depression and another who would die of Scarlet Fever. Beyrle himself would stand in government food lines with his father to feed his family during this time.

After Pearl Harbor, Beyrle turned down a baseball scholarship to Notre Dame to join the U.S. Army. He then volunteered for the U.S. Army Airborne, before being sent to Camp Toccoa, Georgia for Basic Airborne Infantry Training. Upon completion a year later, he was assigned to the fabled 506th Parachute Infantry Regiment and was on his way to England.

As the Allies prepared for D-Day, Beyrle conducted two covert parachute drops into occupied France to deliver gold to the French Resistance. On June 6, 1944, his C-47 took heavy fire forcing him to jump early. Once on the ground, he was alone and separated from his comrades in enemy territory. Using his demolition expertise, he immediately began conducting solo sabotage missions against the Germans, including blowing up a power station.

Beyrle later crossed a hedgerow right into a German machine gun nest and was taken prisoner. Beyrle and his captors were strafed by Allied planes, giving him a chance to escape despite being wounded in the attack. A few hours later he was captured again, this time by a German who took his dog tags. The German soldier would be killed a few months later still in possession of Beyrle’s identification, forcing the Army to notify his family that he had been killed in action.

Beyrle was transported to Eastern Germany where he would be transferred between seven different prison camps. He attempted further escapes, the second of which nearly succeeded as he and two comrades managed to board a train they hoped was heading East where they could meet the Soviets.

Unfortunately, the train circled back to Berlin where train station workers turned the men over to the Gestapo. The men were beaten and tortured to the point that their arms were twisted out of their sockets. The German military intervened, claiming the Gestapo was interfering with military jurisdiction.

Free from the Gestapo, Beyrle was sent to Stalag III-C in Poland, but he and two others attempted another escape in January of 1945. “We took off and ran through the scrub pines and then the guard opened up and the two guys who escaped with me were killed and I made it to the stream and I went downstream because they turned the dogs loose at that time,” he said in an interview in 2004.

Beyrle soon encountered a column of T-34 tanks before pulling out a pack of Lucky Strike cigarettes and shouting the only Russian he knew “Amerikansky tovarishch (American friend).” Luckily for Beyrle the Soviet political officer spoke some English, but despite his persistence, the officer was hesitant to allow Beyrle to fight alongside them.

A female tank commander intervened and allowed Beyrle to tag along. He was given a Soviet uniform and a PPSH-41 submachine gun. The female tank commander is thought to be Alexandra Samusenko, the only known female Soviet tank commander. She joined the military to avenge the death of her family at the hands of the Germans. She later became a tank officer and destroyed three Tiger tanks at the Battle of Kursk.

Attached to her battalion, Beyrle rode on the back of a lend-leased Sherman tank where he witnessed the carnage of the Eastern Front firsthand. His new comrades once killed a German couple before feeding their bodies to pigs, only to consume the pigs later. Shortly after liberating Stalag III-C, Beyrle was wounded in a German dive bomber attack and was sent to a Soviet hospital in Poland.

Possessing no paperwork Beyrle saw little chance of returning home until he was visited in the hospital by the famous Soviet Marshal Georgi Zhukov. “Marshal Zhukov visited the hospital and he came to my bed and through an interpreter wanted to know my name and how I got there. And the last thing he said, ‘Is there anything I can do for you?'”

After informing Zhukov of his predicament, he received a letter emboldened with five stars and Russian writing. Zhukov’s assistant informed Beyrle that it was his passport back to American forces. Once rested and recuperated, he caught a train to Moscow, hoping he would be home soon.

Once there, Beyrle approached the American embassy, but suspicious staff informed him that he had been reported killed in action and his family had even held a funeral service for him back home. After being placed under house arrest, Beyrle managed to prove his identity through fingerprinting and was repatriated home as the war in Europe ended.

In 1946 he married his then-girlfriend JoAnne in the very same church his own funeral had been held at two years earlier. Together they had a daughter named Julie, and a son, John, who later became the U.S. ambassador to Russia, and another son named Joe who fought with the Army’s 101st Airborne Division in Vietnam

Historian Thomas Taylor later wrote Beyrle’s story in The Simple Sounds of Freedom: The True Story of the Only Soldier to Fight for Both America and the Soviet Union in World War II. In 2004, the designer of the AK-47, Lt. Gen. Mikhail Kalashnikov, presented Beyrle with a rifle at a Moscow Victory Day celebration.

Later that year, Joseph Beyrle died of heart failure while visiting Camp Toccoa and was buried in Arlington National Cemetery, the only known American with both U.S. and Soviet medals.

Allen Frazier is a U.S. Army veteran who served as a Cavalry Scout in Alaska before studying history and journalism at the University of Mississippi. He is currently a graduate student in Arizona State University’s World War II Studies program and focuses on the history of the U.S. military.