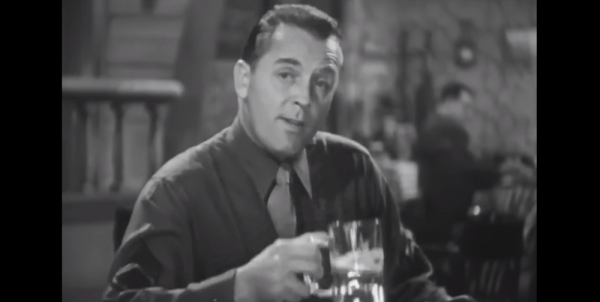 Oh, how military training videos have changed. There was a time before PowerPoint, back when training videos were produced with the artistic panache and style of Casablanca. Back when men were men, and they didn’t worry about things like political correctness, or that smoking gives you cancer.

Your instructors were slick warriors in pink and greens, America’s business suit, and they wanted to give you the skinny on how to take out the enemy’s armor and win the war. Don’t believe me, check out the 1943 U.S. Army training video Fighting Men: Crack That Tank, and see for yourself.

“I figure a tanker knows more about tanks than anybody else,” an unnamed sergeant in the video muses as he takes a casual sip from his beer. “We know where they’re strong — and brother, they are strong. But we know where they’re weak, too, and that’s what I think you guys oughta know, even if I do give away some trade secrets. You stick with me and I’ll give you the real dope on what you oughta do.”

So, what’s the “real dope” America’s infantrymen need to survive an encounter with those “German Blitz buggers,” as the narrator says? The short answer: Shoot the hell out of them with rifle grenades.

Other helpful tips, laid out in the full video, include: Sticking it out in your fighting hole until the enemy armor is well within range of your unit’s heavy weapons, or a molotov cocktail; pouring on small-arms fire to ensure a tank crew “buttons up” the hatches, which limits their vision; and for the love of God — do not run.

If you run, “that’s just what those Nazi gunners are waiting for,” the narrator cautions. “Now remember that when you get itchy feet. Make a break for it, and you’re a dead duck. Not only that, you open up a hole for the enemy infantry, and those rats know what do with holes.”

So there you have it, that’s all you need to survive an encounter with a World War II-era tank, but seeing as that’s already over and done with, let’s take a different cue from our narrator and grab a beer, a smoke, and a stool at the bar.