Of all the harrowing, intimidating arms and artillery dreamed up by military engineers over the last few centuries, few induce... 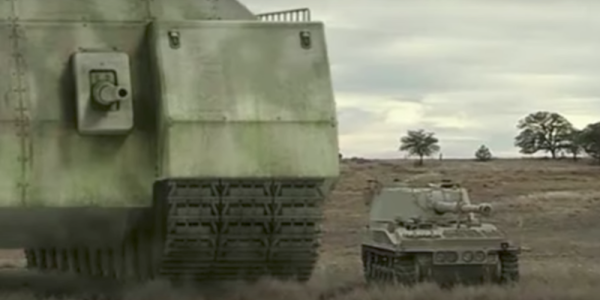 Of all the harrowing, intimidating arms and artillery dreamed up by military engineers over the last few centuries, few induce the instinctive evacuation of enemy bowels like the sight of a heavily-armed battle tank rolling up on a fortified position and crushing everything in its path. There’s a reason the M1 Abrams and its various iterations have remained a staple of the U.S. military’s front-line deployments: They’re big, they’re effective, and they scream “game over, man, game over!” the minute they rise over the horizon.

But the Abrams isn’t the only massive main battle tank to grace the imaginations of military designers, and the folks at RealLifeLore (in collaboration with Real Engineering) were kind enough to slap together a brief video rundown of the largest, most ridiculously oversized tanks in the history of modern warfare.

As Popular Mechanics points out, most of this video’s featured death wagons actually saw pants-shitting combat on real-life battlefields — the Abrams, the Char 2c, K-Wagen, and the Panzer VIII Maus. But boy, what I would give to roll downrange in a Landkreuzer P.1000 Ratte, the most aggressively ridiculous thing I’ve ever seen.

Personally approved by Hitler himself, this enormous metal juggernaut would have been as long as a regulation-sized basketball court, weighed 1,000 metric tons — 16 times more than the modern Abrams — and rocked 300 tons of munitions originally intended for naval cannons. Here’s a clip from a National Geographic documentary to give you a sense of scale:

Sadly, a Ratte prototype never saw production, but that’s probably a good thing in the end: If any tank’s going to take responsibility for epic trouser-soilings throughout the history of war, it should be the Abrams.