A WWII veteran remembers the day the war ended: ‘We all ran outside and cheered’ 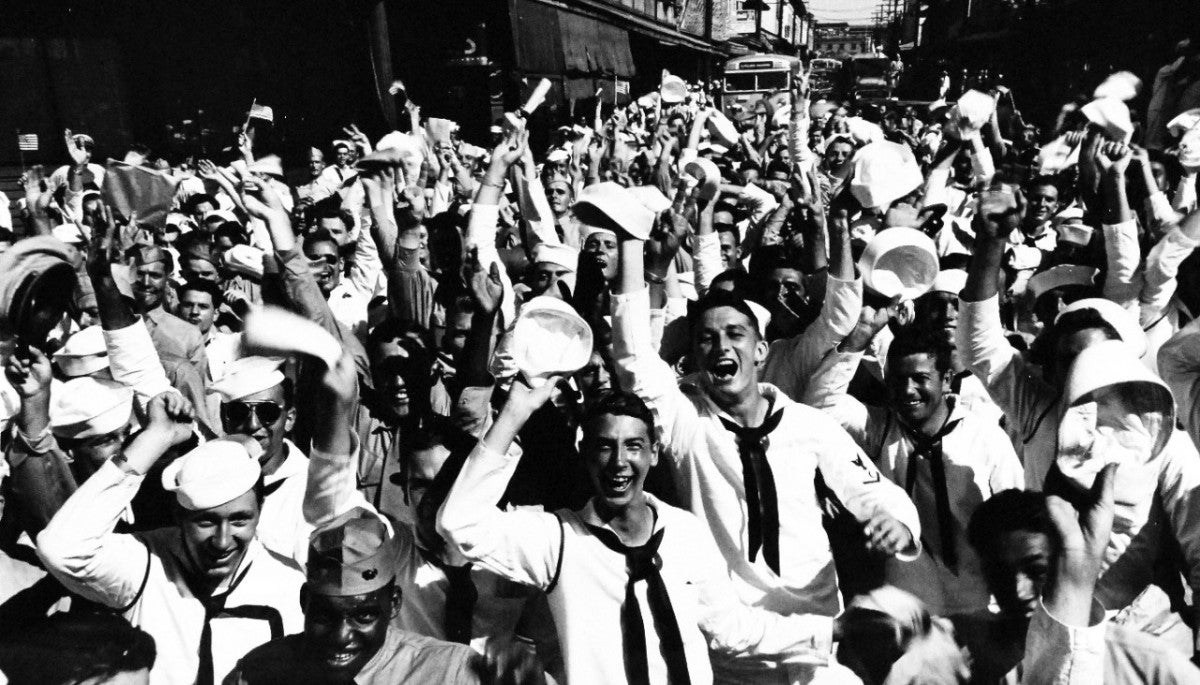 FORTY FORT, PA — Bob Megatulski was 20 years old, hard at work with his fellow U.S. Navy Seabees on military construction projects thousands of miles from home in the Philippines.

Two years into his overseas service, the news thousands had prayed and fought and died for finally arrived — Japan would stop fighting, effectively bringing World War II to an end.

The official surrender order wasn’t signed until Sept. 2, 1945 — Megatulski still has a copy of it among his war records and other keepsakes — but the end of fighting came less than a week after U.S. forces dropped a second atomic bomb on Japan, striking the city of Nagasaki on Aug. 9.

Discussing the war last week during an interview in his Durkee Street kitchen, Megatulski summed up his view on President Harry S. Truman’s decision to unleash nuclear weapons on Hiroshima and Nagasaki very succinctly.

“He did what he had to do,” Megatulski said.

So did the Wilkes-Barre Township native and the more than 16 million Americans who served in the U.S. armed forces during the war.

Megatulski was 17 when he enlisted in the Navy and 18 when he was sworn in and soon sent off to war. He said those that went to battle had one thing in common.

“We had the balls to go out there and shoot,” he said.

Megatulski sailed out from Port Hueneme, California on Aug. 2, 1943 on the troop ship Weltevreden.

During his time in the Pacific Theater, Megatulski earned four Bronze Stars.

He was assigned to the 77th Naval Construction Battalion (hence the name “Seabees,” from CBs) in the South Pacific.

Megatulski said when the Seabees were building an airfield in Manilla, Japanese planes would fly overhead dropping 15 to 20 bombs at a time.

Then he said, “We finished every job we started.”

Megatulski said his unit prepared the airfield in 72 hours for planes to land.

Was he ever afraid?

“We would get peppered with bombs, sometimes for two weeks straight,” he said. “We knew we were in a war. We encountered plenty of action, but fortunately, we had very few casualties.”

Megatulski also told of the time they encountered a sniper in a coconut tree.

“We took him down,” he said with a feisty tone still in his voice.

And, he said, there were times that it crossed his mind that he might not ever return home.

“They would just keep coming and coming,” he said.

But every task the Seabees were given they completed, he said.

“Everything we built was all done while under fire,” he said.

Bob Megatulski sat in his kitchen last week leafing through scrapbooks and talking about his service to his country.

Megatulski, 95, served his country in World War II, earning four bronze stars for his service as a U.S. Navy Seabee.

While deployed in the Pacific Theater in the Philippines, Megatulski and his fellow Seabees built airfields, roads, fuel tanks, hospitals, and buildings — many times while the Japanese flew overhead dropping bombs.

Megatulski knows what war is all about. He knows what it means to kill or be killed. He knows guys like him — all members of The Greatest Generation — did what they had to do for their country. Without question or reservation and with full acceptance that they might never return home.

That’s why when he and his fellow Seabees heard the news that the war was over, they celebrated.

As Megatulski talked about his return home from war, you could see the emotion on his face and you could hear it in his voice.

When he got back to Luzerne County — he grew up in Wilkes-Barre Township — he said he took “a nice little rest.”

He would later get a job, meet his wife to be and find their forever home on Durkee Street in Forty Fort.

Megatulski was sitting in the same kitchen in the same house that he and his wife, Louise, purchased some 70 years ago. It’s a modest, well-kept home on Durkee Street in Forty Fort where Bob and Louise raised three children, two daughters (both deceased) and one son.

“She was a good woman,” Megatulski said of Louise.

Megatulski worked in the hardware business and would later become a member of Forty Fort Borough Council and then the town’s mayor.

Megatulski, like all those who returned from war, came back to their hometowns, got a job, got married, raised a family and got involved in their community.

After defending our freedom, the Greatest Generation returned to re-build their country — town by town, state by state. They made America great again long before the phrase became a campaign slogan.

When Mission BBQ opened on Mundy Street in December 2019, Megatulski was honored along with a group of fellow Seabees.

“It’s amazing that they do this,” Megatulski said of the restaurant’s corporate policy of honoring veterans for their service. “It’s a good feeling to know that somebody cares so much and appreciates everything veterans did for this country.”

Megatulski served as mayor of Forty Fort for eight years and as a councilman for nine.

Megatulski said he can’t drive anymore, but he still gets around. He attends veterans events like parades and ceremonies.

Megatulski said he doesn’t watch much television. He still likes to go down to his basement and make tools. He cooks his own meals, or has them delivered.

And he loves to tend to his garden, growing mostly cucumbers and tomatoes.

Megatulski received his Honorable Discharge in April 1946 as Boatswain Mate 2.

Megatulski is deservedly proud of his service. He knows what he and all military did for their country.

“I’d never want to go through it again,” he said. “Kids today don’t understand what we went through. I had enough of it.

“People today tend to take it all for granted.

“Freedom comes at a price.”