Paul Lewis hoped the Iranians would release the hostages around Christmas. When that didn't happen, he wondered if he might be held for several years, like American service members during the Vietnam War. 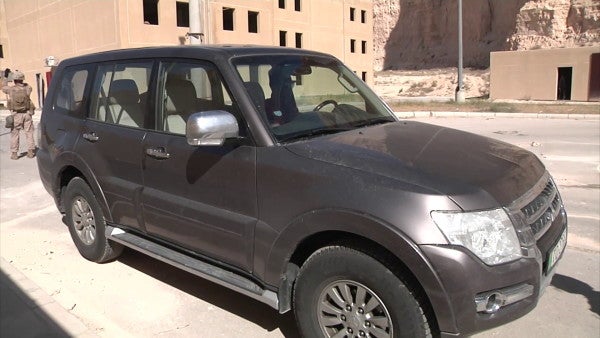 Paul Lewis arrived at the U.S. embassy in Tehran as Marine security guard about 14 hours before it was taken over by a mob of people who claimed to be student protesters. In fact, it was the first Iranian terrorist attack on the United States in a conflict that turned 40 years old on Monday.

“This isn't a day I usually celebrate,” said Lewis, who was a sergeant at the time.

The Iranian hostage takers initially thought Lewis was a spy so they kept him separate from the other Americans and interrogated him intensely for the first month of his 444-day captivity, he told Task & Purpose on Monday.

Looking back at what he was thinking at the time, Lewis remembers wondering how far his captors would go before realizing that he didn't know anything.

“Jokingly, I thought: If they clip a finger off, I still can't open the safe because I don't know the combination to anything,” he said.

Lewis initially thought his captivity would last several days and then he would be rescued. Then he saw the hostage takers wear military gear, indicating they were being supplied by the Iranian government. He also realized the helicopters he heard hovering near the embassy likely belonged to the media, not a rescue force.

He hoped the Iranians would release the hostages around Christmas. When that didn't happen, he wondered if he might be held for several years, like American service members during the Vietnam War.

“I was not prepared to deal with it because I was a Marine, not a diplomat,” Lewis said. “The training we had had was to resist and escape. Resist was not doing what they wanted us to do. Escape was: I knew we were 1,200 miles from anywhere. That didn't really seem like a logical option.”

“I didn't know where to go: the Soviet Union; try to go through Kurdistan to Turkey; go to the Persian Gulf and hope I could find a sampan. None of those options seemed very viable.”

He and the other hostages settled into a cycle. Sometimes, one of their captors would try to persuade them to make anti-U.S. statements by offering them tea, dates, and a Linda Ronstadt audio tape to listen to.

When that didn't work, the “bad guys” would make the hostages' lives “as unpleasant as they could,” Lewis said.

At one point, one of the captors whom the hostages nicknamed “Hamid the Liar” showed Lewis sensitive embassy documents that should have been destroyed. He and the other hostages memorized the most damaging information so they could inform U.S. officials if they were ever released.

“I'm not going to say exactly what was in there, but there were people in danger because of what they had found,” Lewis said.

What was especially demoralizing were documents showing that embassy personnel had warned the U.S. government that they would not be safe if President Jimmy Carter allowed Shah Mohammad Reza Pahlavi to enter the United States – but those concerns had been ignored.

Lewis was angry, but he knew that he was a Marine so he couldn't talk about his frustrations with the U.S. government until he got home.

“My defense mechanism was: I thought some day; hopefully, I will go home and I'll run into a Marine that's been in Iwo Jima or who was held captive in Hanoi or went through some other hell that Marines have gone through and he'll say that I brought no dishonor to my uniform,” he said. “And that was pretty valuable.”

Lewis was eventually released but was not the only member of family to be targeted by Iran. His brother-in-law joined the Marine Corps toward the end of his captivity and was later killed when the Marine barracks in Beirut was attacked in October 1983.

The Marine barracks bombings, as well as later attacks on U.S. embassies Tanzania, Kenya, and the diplomatic outpost in Benghazi, show that the U.S. government has still not learned to treat Americans in harm's way as people instead of chess pieces, he said.

“I guess, those are the things that bother me as much as anything,” Lewis said. “People don't really stop think about blood and tissue consequences of what we're doing.”