In the wake of the U.S. airstrike against Iranian commander Maj. Gen Qasem Soleimani, some left-leaning veterans groups have suggested on social media that if you don't want to go to war with Iran, you should go UA (unauthorized absence). This is terrible advice. I know, because at the height of the war in Iraq, I helped kick out more than 100 Marines who did just that. 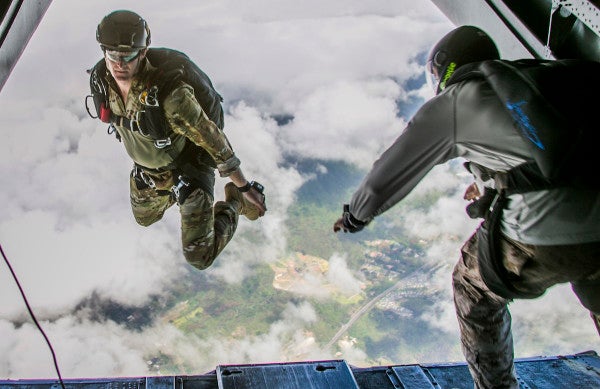 In the wake of the U.S. airstrike against Iranian commander Maj. Gen Qasem Soleimani, some left-leaning veterans groups have suggested on social media that if you don't want to go to war with Iran, you should go UA (unauthorized absence).

This is terrible advice. I know, because at the height of the war in Iraq, I helped kick out more than 100 Marines who did just that.

Although some surrendered to authorities, most were apprehended. The government doesn't consider desertion a serious enough crime to make it a high priority for law enforcement, but that's because they don't have to.

If you leave your unit without authorization, a federal warrant is issued for your arrest after a few weeks. That follows you until you are caught. In 2008, I put a lance corporal in the brig who had gone UA from Vietnam. He was 60 years old.

Back then, cell phones were the easiest way to get caught.

Police departments around the country were cracking down on texting while driving, and the few minutes it took during a traffic stop to run a driver's license for warrants would begin a deserter's journey to my office. Speeding, busted tail lights, and DUI checkpoints also worked; if you are a reservist, it's safe to assume that a sizable chunk of your unit are police officers and their buddies will be at your house within 72 hours of you missing movement.

Now it's 2020 and background checks are cheap. Apply to be an Uber driver, try to set up a bank account, or God forbid try to get on a plane or cross an international border and you are likely to get caught.

The system isn't perfect and there are paperwork errors. But not all these errors work in your favor. One of my absentees was captured in his parents house three months after he left. He had been properly discharged, but somewhere his paperwork went missing and his unit had reported him as a deserter. He actually thought it was funny and politely asked the cops to let him pack a bag before he got shipped off to me. It was the height of the financial crisis and he was having trouble finding a job; he hung out in the barracks for six weeks drawing a paycheck while we fixed his admin issues.

My favorite case was a mortar man who was loaned out to the base recycling center after his return from Iraq. He partied a lot and became a semi-functional alcoholic. His unit forgot about him. On the last day of his enlistment contract, he packed up his things and left without checking out. He went back home and dried himself out. He realized he was in trouble, bought a bus ticket and surrendered himself at the front gate. His unit had eventually realized he was gone and reported him as a deserter. The report said he had one day left on his contract. We gave him a week of restriction and an honorable discharge because he had come back on his own.

Here's the thing: UA is the easiest crime in the Uniform Code of Military Justice to convict. If you are in my office and your unit is in Iraq, you have probably broken the law. The circumstances and sentences varied, but prosecutors would try to make sure you were still in the brig when your unit returned. When you get caught, expect six months to a year in the brig; the maximum penalty for desertion in a time of war is death, but it's never that bad.

The real consequence of UA, however, is an Other Than Honorable discharge. It's not the end of the world, but you can kiss your GI Bill, VA mortgage and every other veteran benefit under the sun goodbye. Additionally, most employers aren't keen to hire someone who didn't show up for work for six months. Unless you plan on moving into the Unabomber cabin in Utah, the consequences of your UA will follow you around the rest of your life.

So, don't go UA. It doesn't matter if you have three years or one day left on your contract. It may be tomorrow or 50 years from now, but you will get caught and you will be found guilty.

Take it from me. It's really not worth it.

Matt Collins spent a year in charge of casual platoon, while serving as the XO of Service Company, Headquarters Battalion, Marine Corps Base Quantico. If you are interested in applying for Conscientious Objector status, check out the GI Rights Hotline, your Base Legal Office or stay awake during your legal training at boot camp. Opinions expressed are his own.