“I figured I can make quite a bit of difference doing what I'm doing without pulling a trigger, helping out the farmers and the civilians and all of that.” 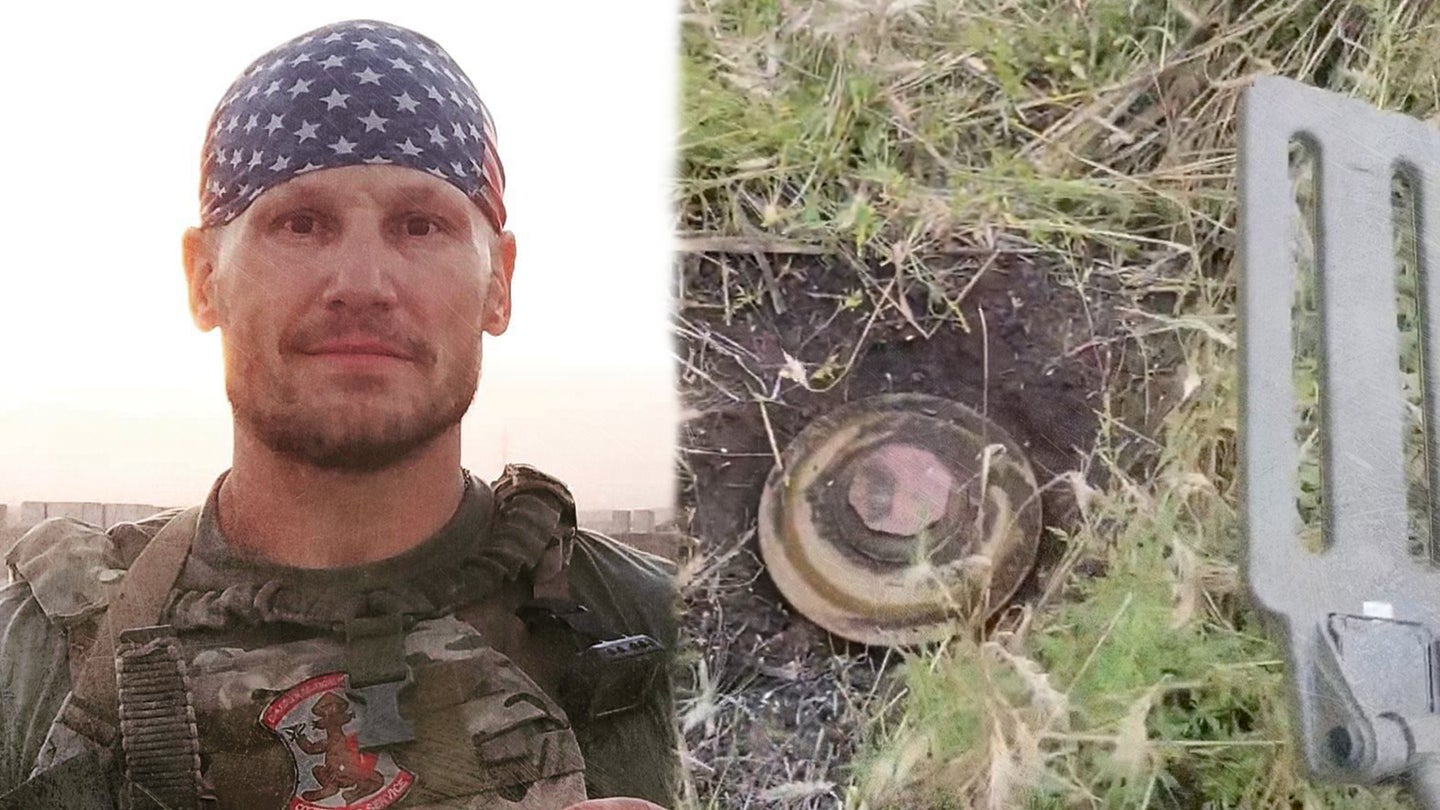 Ryan Hendrickson sounds pretty relaxed given the situation. It’s mid August and in one of the videos he posts on Instagram, he’s patrolling a Ukrainian field with his mine detector, looking for a Russian landmine. He’s found it, the round, flat explosive that could hurt fighters and civilians alike. He pulls out his tools and safely disarms and removes the mine from the field. Then it’s time to repeat the process — on to the next one.

It’s a steady process, Hendrickson told Task & Purpose on Aug. 22, after a day in the fields clearing mines to make them safe for farmers. At the time, he and his team of two locals had been at work for about seven full days, and had removed a total of 344 mines, he said. Some of the days, the local guys were pulled away, so it was just Hendrickson in the fields, with his trusty mine detector, looking for a tone.

Hendrickson knows his way around landmines. He was a Special Forces Engineer, and did eight tours in Afghanistan with the Green Berets. Before the Army, he had done enlistments with the U.S. Navy and Air Force. On his first tour in Afghanistan, an IED exploded, heavily damaging his leg. He continued to work in clearing landmines as part of Special Forces. In 2016 a mine removal mission turned into a firefight; for his actions working to recover wounded comrades, he was awarded a Silver Star.

He left the service, but that experience around mines is part of why he’s in Ukraine. When Russia invaded the country six months ago, he was one of the many American veterans who decided to head toward the conflict. Instead of fighting, he went with a humanitarian group that was trying to bring food, water and medical supplies to people soon after the war broke out. At first it was to deliver supplies, but the group also began working to evacuate civilians from battle zones. Wherever the group went, they kept hearing about the dangers of mines in nearby fields and roads.

“Everywhere I went the landmine situation was crazy,” Hendrickson said.

Landmines are a major risk across eastern Europe. In Ukraine, they’ve been a hazard in the country’s east since 2014 when fighting with Russian-backed separatists began. The United Nations noted that a large portion of deaths prior to the February 2022 invasion were from mines set up during the eight years of fighting. Since the invasion proper by Russia started six months ago, Russian forces have been mining fields and roads as they fell back from a failed push to the capital of Kyiv. According to the Halo Trust, a nonprofit organization working on de-mining efforts in multiple countries including Ukraine, when the front lines shift, they often leave behind heavily mined areas around villages.

“I figured maybe the next trip over I’d help out with the demining process and use some of the experience I have from Afghanistan over here,” Hendrickson said.

He’s been working in central Ukraine, near Dnipro and Irpin. The process is simple, despite the risk. He and his partners start out in a new field, looking for the mines. Sometimes a farmer tells them where to find them, other times they start sweeping until they get a positive tone. Once they find and disarm the first, it becomes a bit easier.

“They usually run them in patterns, for the best effects, whether linear or horizontal patterns. Once you find that one, then it’s game on,” he said. “You follow the lines until you run out, then you move on to the next one.”

Many American veterans went to Ukraine over the last six months. Many went to fight, others like Hendrickson went to work in other capacities. One consensus is that it’s not the same war that some might have fought in Iraq or Afghanistan. It’s an artillery war, with both sides deploying heavy barrages. For Hendrickson, he’s not near the front on this trip, although shells and missiles still hit the area. It’s his second trip over, and although his Ukrainian “sucks” by his own admission, he’s got a flow down for his work. And he’s had good encounters with the farmers he’s worked around.

“Once they figured out I’m American or something like that, it’s very welcoming and warm,” he said. “They’ll try and feed you even though they don’t have anything themselves. It’s a very giving culture. The reception’s been awesome, the people are amazing.”

He’s planning to make this trip a short one, and hopes to wrap it up by the end of the month, but he intends to come back soon. By his own admission he doesn’t want to press his luck for too long. He’s hoping to set up a 501(c)(3) to expand the demining work. He’s also more prepared for the next trip. He’s set up the groundwork for quick travel to the fields, so instead of maybe 11 days of travel and organizing, he can get to work in just four.

He’s also met some of the other veterans who have decided to take up arms alongside Ukrainian fighters. The majority, he said, as long as they’re humble, they say the war isn’t what they expected, since it’s an artillery-driven fight. He said some have asked why he isn’t fighting. For Hendrickson’s part, he says those days are pretty much over.

“I’m not the end-all-be-all in combat, but I’ve been in my fair share,” Hendrickson said. “I figured I can make quite a bit of difference doing what I’m doing without pulling a trigger, helping out the farmers and the civilians and all of that. People who come over here to fight, my hat’s off to them, be safe. My life revolves more around helping and trying to make a difference that way.”