Russia is accusing Ukraine of planning to detonate a “dirty bomb.” Here's what that means and why it matters. 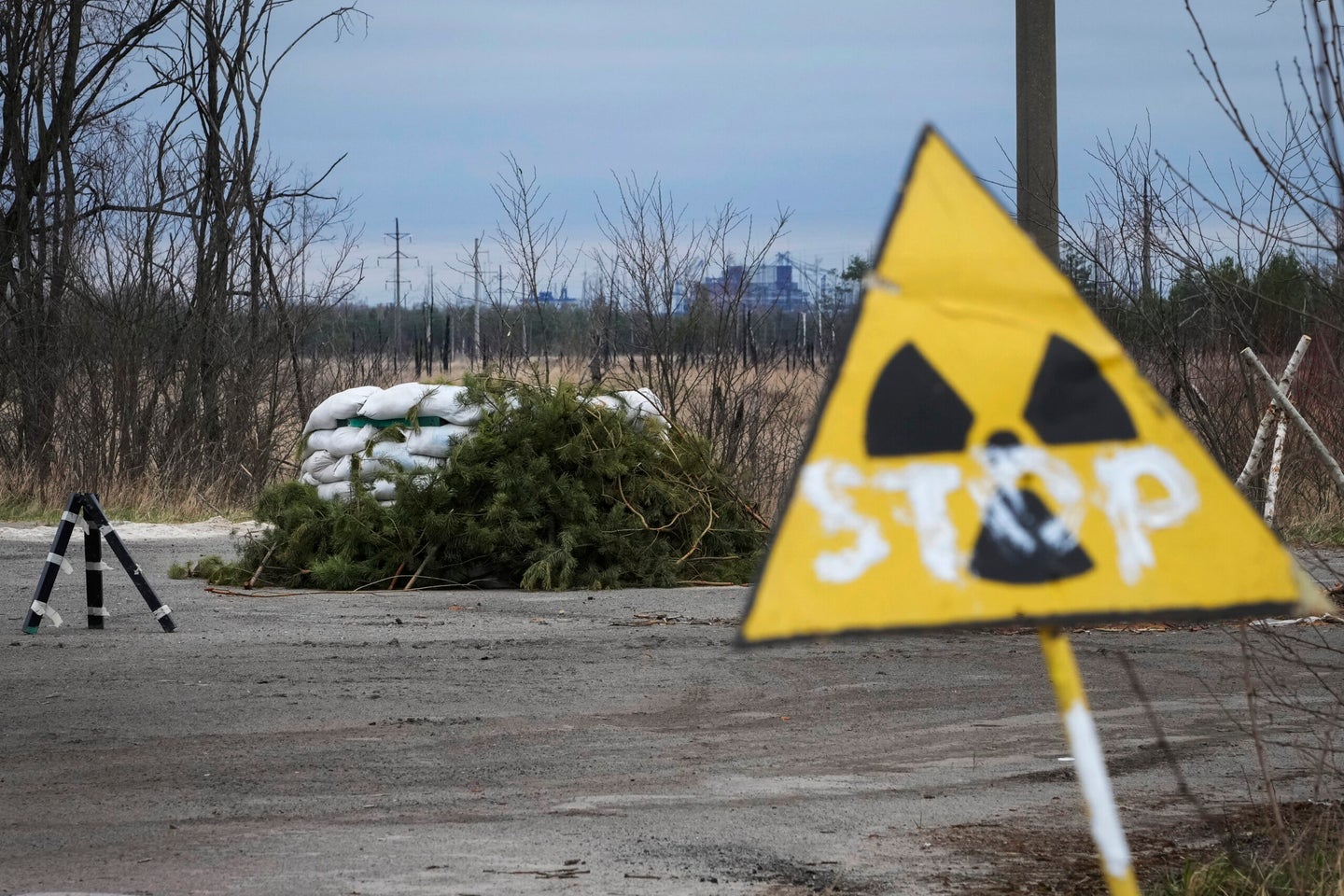 Russia is signaling that it could drastically escalate its invasion of Ukraine by accusing the Ukrainians of planning to use a “dirty bomb” to contaminate swaths of territory with radiation, according to Russian state media.

It is unclear why Russian Defense Minister Sergei Shoigu called his Western counterparts over the weekend to accuse Ukraine of planning a dirty bomb attack, but it is apparent that not a single U.S. government official believes Shoigu’s claims.

In a phone call with Shoigu on Sunday, Defense Secretary Lloyd Austin “rejected any pretext for Russian escalation,” according to a brief description of the conversation provided by the Pentagon’s top spokesman Air Force Brig. Gen. Patrick Ryder.

So far, the Defense Department has not seen any indications that Russia is planning to use chemical, biological, or nuclear weapons against Ukraine, a senior military official told reporters on Monday.

The term “dirty bomb” is used to describe a weapon that uses conventional explosives to disperse radioactive material over a broad area, said Alex Wellerstein an expert on the history of nuclear weapons with Stevens Institute of Technology, a private research university in New Jersey. The lethality of such weapons depends on the type of radioactive material and how far it is spread.

“For people to get immediately sick or die from the exposure would require the substance being spread to have a pretty short half-life” — defined as the time a substance takes to lose half of its radioactivity  —  “which would also make it quite difficult to handle and use and would reduce the contamination potential (because it would decay much faster),” Wellerstein said. “So most dirty bomb scenarios imagined are for substances with somewhat longer half-lives that would be good contaminators, in that they would pose a chronic health risk, cause fear, and require a lot of resources spent to decontaminate.”

That means the effects of a dirty bomb would more likely include an uptick in cancer rates over time rather than killing or sickening a lot of people quickly, he said.

“The attraction of a dirty bomb, presumably, is that it would create fear, perhaps fear beyond what is strictly rational given the actual hazards,” Wellerstein said.

Indeed, dirty bombs are not necessarily an effective way to spread radiation. One problem with the concept of such a weapon is that the wider it spreads radioactive material, the thinner the contamination will be, said former Army Capt. Dan Kaszeta, who served as an advisor to the White House on chemical, biological, and radiological weapons from 1996 to 2002.

“You end up with a spread of radioactivity that is above background, but often only of a regulatory or perhaps an environmental health concern, not an acute ‘this level of radiation is going to cause sickness’ problem,” Kaszeta told Task & Purpose. “All lethality from a ‘dirty bomb’ will come from the conventional explosion not the radiation.”

While dirty bombs may not be as lethal as they sound, U.S. government officials became extremely concerned about terrorists launching exploding radiological weapons inside the United States following the Sept. 11, 2001, terrorist attacks. Jose Padilla, an American arrested in 2002 and later convicted of supporting Al Qaeda, was initially accused of planning to carry out a dirty bomb attack, but those charges were ultimately dropped.

Also in 2002, then-Delaware Sen. Joe Biden said that the psychological and economic consequences of a dirty bomb attack on Washington, D.C., would be far more serious than the damage and casualties caused by the bomb itself.

“If a dirty bomb were to be detonated in the center of Washington, or if a highly radioactive can of powder were emptied from a rooftop, it could kill dozens,” Biden said during a March 6, 2002 Senate Foreign Relations Committee hearing. “It would not be the catastrophic event that many think, but it would have a catastrophic psychological impact on the nation and, even worse, it would contaminate a city that would probably result in evacuations and great difficulty in convincing the American public that it could be reinhabited, even though the increased cause or risk of cancer and/or other negative health effects would be relatively minimal.”

As things stand currently, it does not appear that Shoigu’s claims about Ukraine’s alleged dirty bomb plot suggest that Russia is planning to carry out a false flag operation by detonating a dirty bomb and blaming it on the Ukrainians, said Mason Clark, a senior analyst and Russia team lead at the Institute for the Study of War think tank in Washington, D.C.

“We think this is mostly intended to slow or suspend western military aid and possibly weaken NATO through scaremongering,” Clark told Task & Purpose. “Our thinking behind this is that Shoigu’s claims yesterday further a longstanding Russian information campaign. The Kremlin has repeatedly claimed that various western states will assist Ukraine in some form of false flag weapons of mass destruction attack – either chemical or dirty bomb or others – since the earliest days of the war. We’ve seen the Russian ministry of defense previously claim back in April that the U.S. was preparing provocations using a dirty bomb and other sorts of weapons. So, this explicit statement is not necessarily new in that sense.”

Clark also said it is unlikely that Shoigu’s accusations could be the pretext for a Russian nuclear attack on Ukraine because Russia’s military doctrine already allows for its forces to use nuclear weapons in Ukraine, and it does not appear that the Ukrainians are on the verge of crossing a Russian “red line” that would prompt a nuclear attack.

Russia’s most recent claims about Ukraine plotting to detonate a dirty bomb also show how ineffective Russian information operations have been, said Marek Posard, an expert on disinformation with the RAND Corporation, a nonprofit research organization.

“In this dirty bomb claim, the Russians seem to be struggling to control the narrative about what is happening inside of Ukraine,” Posard told Task & Purpose. “In all fairness to Russia, they really don’t have a whole lot of material to work with given how poorly their military has performed so far. Nonetheless, I would have expected a bit more sophistication in how Russia rolls out their falsehoods.”

But given how often Russian government officials and propagandists have claimed that Ukraine or its allies in the West would launch a radiological or nuclear attack, it is likely that Russian President Vladimir Putin and his advisers are preparing the Russian population for an eventual nuclear attack on Ukraine, said Olga Lautman, an expert on Russia and Ukraine at the Center for European Policy Analysis in Washington, DC.

The Ukrainians are taking the threat of such an attack seriously and government officials have begun distributing iodine tablets to Ukrainian civilians over the last month, Lautman said.

“Putin has nothing to lose,” Lautman told Task & Purpose.”If it were up to him solely, he would have done this a long time ago because he’s in it at all costs. He’s not interested in any negotiations. Failure is not an option for Putin – he’s too old to fail at this stage. If he goes, everybody goes around him.”