“Some kids are shocked at the uniform but we talk through it." 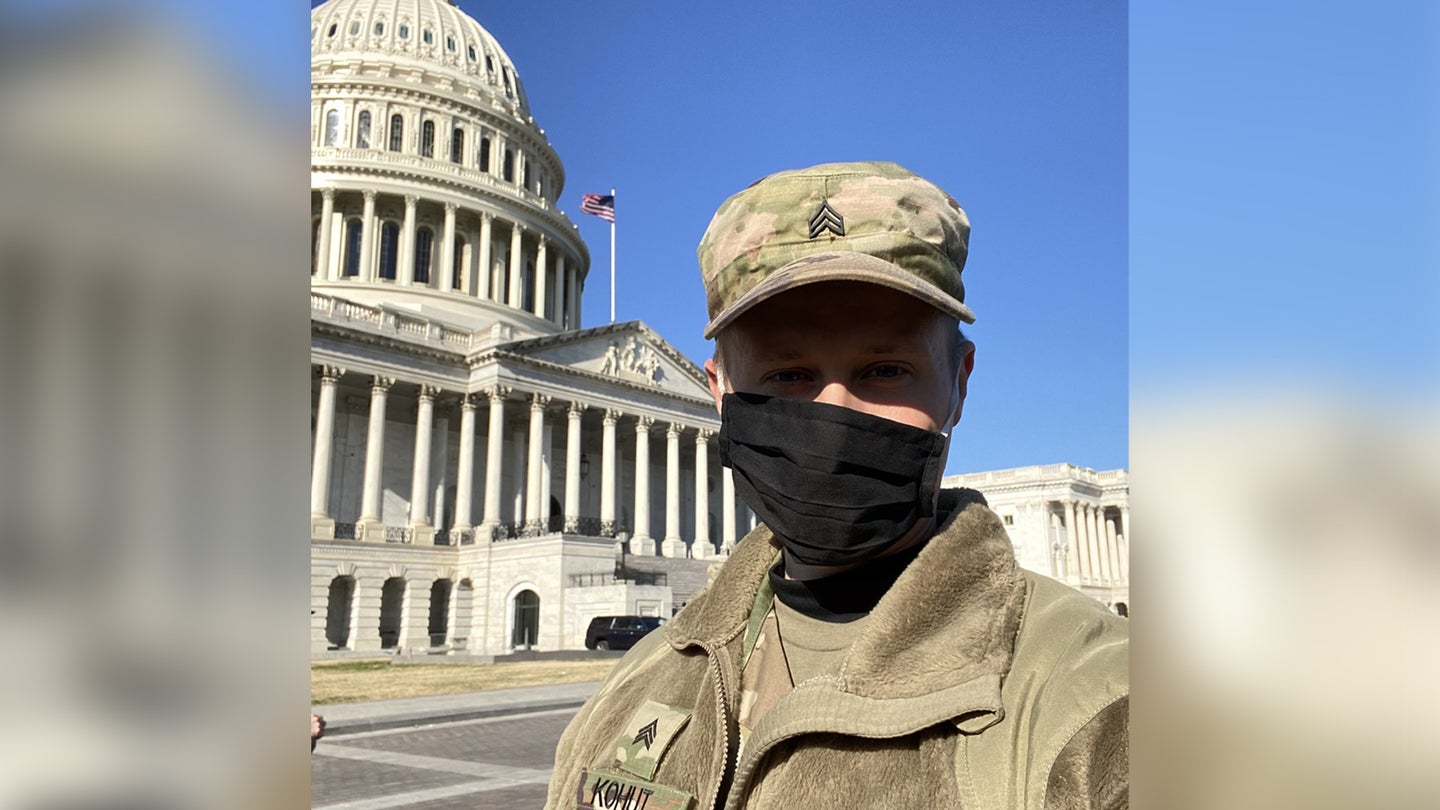 A Virginia National Guardsman who was called up to Washington, D.C. in the wake of last week’s riots is making headlines for pulling double duty, and no, we don’t mean manning a radio all night while and then being ordered to police call Capitol Hill afterward.

In between his shifts with the guard, Sgt. Jake Kohut is carving out time for his other job: Teaching his music and band students at Canterbury Woods Elementary School in Annandale, Virginia.

Earlier this week the school tweeted out a photo of Kohut outside the U.S. Capitol, along with a screenshot of a video call with students, where he can be seen on the right-hand side of the image in uniform, teaching his students in between his shifts with the guard.

According to a spokesperson with the Virginia National Guard, Kohut is currently assigned to the D.C. National Guard — one of the thousands of guardsmen who have been called to the nation’s capital to provide security in the wake of the Jan. 6 riot, and in preparation for possible unrest and violence leading up to the Jan. 20 inauguration of President-elect Joe Biden.

After the tweet went viral, Steven Cheney with Fox News’ Washington affiliate spoke with Kohut. “Some kids are shocked at the uniform but we talk through it,” Kohut told the reporter.

“They’ve already had a lot thrown at them, through this virtual learning and shifts in our schedules,” Kohut said. “So if I can provide some stability in that, and let them know that I’m dedicated to their success musically and as people. I think that’s going to go along way. And if I can do that, at all costs, I’m in.”