China Claims This ‘Laser AK-47’ Can Set You On Fire. That’s Probably Bullsh*t 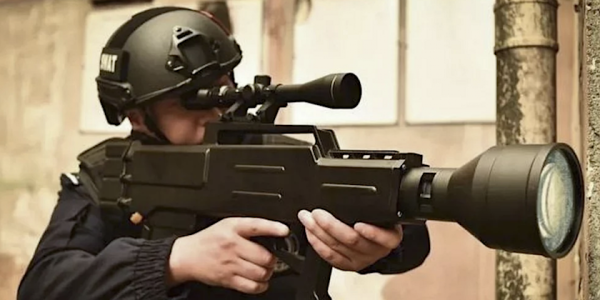 China's ZKZM-500 “non-lethal” laser assault rifle, a handheld directed energy weapon billed as a “laser AK-47” that can purportedly ignite the clothing of targets nearly a half-mile away, is ready to be mass produced for state security forces, according to a highly dubious report in the South China Morning Post.

Before I get into why, exactly, this report is highly dubious, here are some deets.

Look, I'm extremely skeptical of most breathless reports regarding futuristic military tech (with the occasional exception), so there are a few things that are immediately suspect here.

Last point: Heat-based weapons are usually bullshit. Consider, for example, the time T&P; Pentagon correspondent Jeff Schogol stood directly in front of a non-lethal Active Denial System meant for crowd control and didn't even break a sweat. Sure, lasers have come a long way since 2007, but this far? I doubt it.

Not everyone is so skeptical, however. Here's some more credulous coverage if that's what you're in the mood for: