When it comes to shells and rockets, it’s always good to buy in bulk. 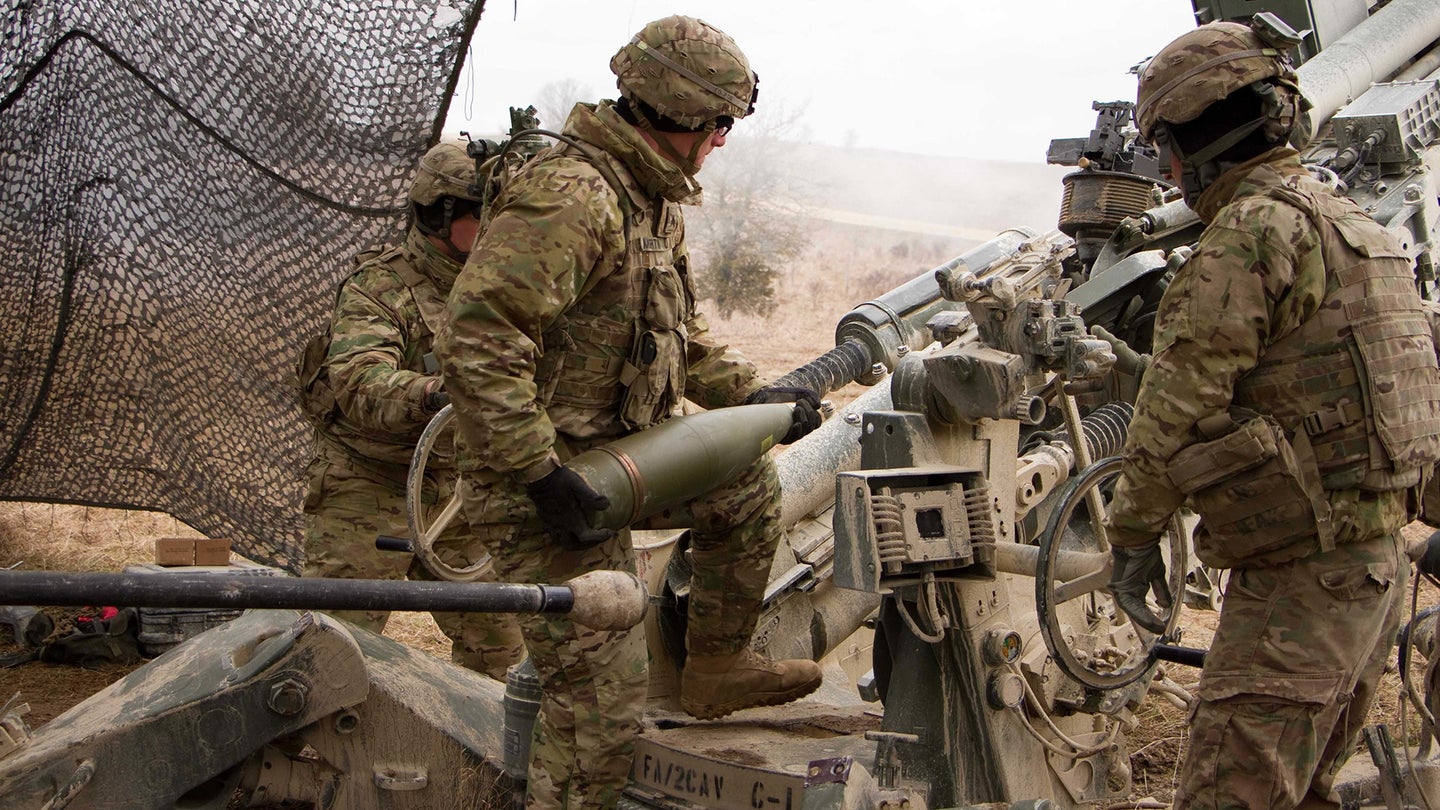 The Army plans to dramatically accelerate the production of 155mm artillery shells and precision-guided rockets to make up for all the munitions that the United States has provided to Ukraine, said Doug Bush, assistant secretary of the Army for acquisition, logistics and technology. The US military needs a lot more artillery shells, rockets, and missiles for the next war

“We are seeking over a couple of years to nearly triple our production of 155 [mm shells],” Bush said on Wednesday. Congress has been supportive; we have funding; we are executing and making that happen. We are also, through support from Congress, working to dramatically increase our production rate for GLMRS missiles – Guided MLRS [Multiple Launch Rocket System], HIMARS [High Mobility Artillery Rocket Systems] launchers – in most cases doubling or more than doubling current production rates.”

Since Russia launched its full-scale attack on Ukraine in late February, the U.S. military has provided the Ukrainians with roughly 807,000 shells for 155mm howitzers and another 144,000 artillery shells for 105mm guns, according to the Pentagon. Defense officials have not said publicly how many precision-guided rockets that the U.S. military has provided the Ukrainians for the 16 HIMARS that the United States has also given to Ukraine since February 25.

Now Congress is providing the Army with the money needed to replenish its own stockpiles of shells and missiles while continuing to help Ukraine, Bush told reporters at a media roundtable.

“Production rates do need to increase and are increasing,” Bush said. “I don’t know how long the conflict is going to last. We are doing things, though, to ensure that if it goes on for a long time, we’re going to be in a place to support it, based on the best information that we have. War is an uncertain enterprise.”

Tube and rocket artillery have proven to be some of the most important weapons in Ukraine’s arsenal. The howitzers and HIMARS provided by the United States and other allies have allowed the Ukrainians to stop the Russians’ advance and strike targets well behind the front lines. The fighting has become so intense that Oleksandr V. Danylyuk, an adviser to the Ukrainian government, told the Washington Post in June that Ukrainian forces were firing between 5,000 and 6,000 artillery rounds per day. He also said the Russians were firing up to 50,000 rounds per day.

The Wall Street Journal first reported in August that some Pentagon officials were concerned that the war in Ukraine had depleted the U.S. military’s stockpile of munitions. One unnamed defense official told the newspaper that stores of 155mm artillery shells had fallen to an “uncomfortably low” level, but the situation was not critical because the U.S. military is not currently engaged in a major conflict.

Bush told reporters on Wednesday that the production rates for 155mm shells are meeting the Defense Department’s current needs for both combat and training.

While he said he is “not uncomfortable” with the current size of the Army’s inventory of 155mm shells, Bush declined to say how many artillery shells the Army has at the moment.

Additionally, Bush declined to comment when Task & Purpose asked if the Army has enough shells if the United States got into a major war in the near future.

“Sorry to duck the question, but I am not the person to make that judgment,” Bush said.  “I don’t speak for the whole Army on such things. I just really encourage you to ask that question higher up. On the acquisition side, we are doing everything we can as fast as we can to increase production rates to mitigate any potential risk.”

Bush also cautioned that it will take time to ramp up the production of shells and precision-guided rockets. Normally, it would take up to a year to increase the HIMARS production lines, but the Defense Department is working closely with industry to accelerate that process and the U.S. military is asking allies to provide shells to Ukraine.

“I’d say, these goals are more in the high number of months to a year to try to get these increased production rates fully manifested,” Bush said.

The Army owns facilities in Virginia and Tennessee that make propellants and explosives for 155mm shells, he said. The shell bodies themselves are made at an Army ammunition plant and a private facility owned by General Dynamics Ordnance and Tactical Systems, both of which are in Pennsylvania. Then the shells are put together at the Army’s ammunition plant in Iowa.