The Kremlin is also looking at recruiting convicted criminals. 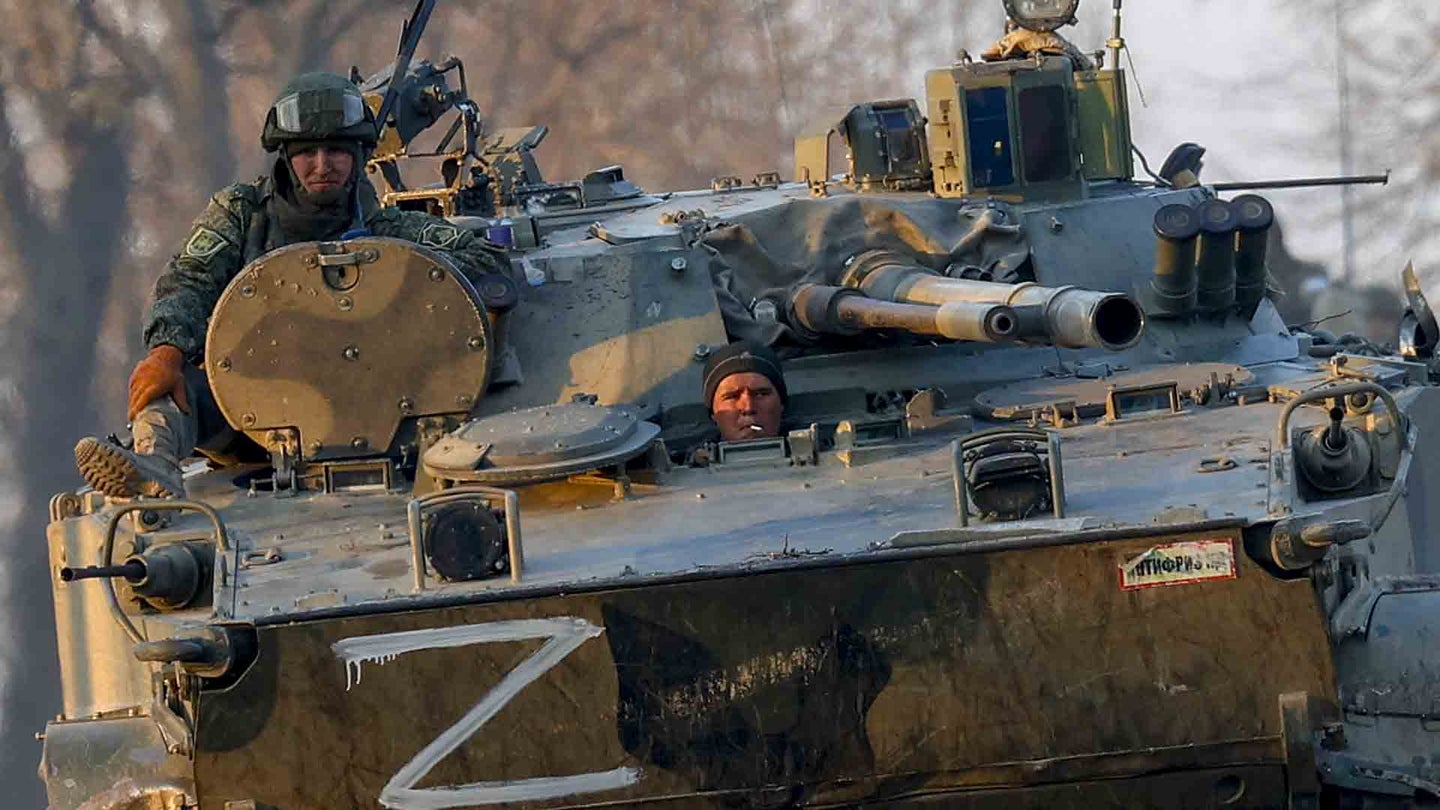 Russian soldiers are seen on a tank in Volnovakha district in the pro-Russian separatists-controlled Donetsk, in Ukraine on March 26, 2022. (Sefa Karacan/Anadolu Agency via Getty Images).
SHARE

Here’s how bad the Kremlin’s recruiting problem is: the government has started going to shelters to try and get unhoused people to fill the ranks of its tattered contract army.

Government officials in St. Petersburg visited a shelter run by the charity Nochlezhka last month, aiming to distribute flyers advertising contracts with the Russian military and extolling the benefits of service. A Nochlezhka spokesperson confirmed the incident with Newsweek, saying the charity did not allow such activity.

“Nochlezhka is not ready to be an intermediary in this campaign; therefore, we informed them they could not distribute their materials. Afterwards, they left our shelter,” spokesperson Tatyana Bazhenova told Newsweek. “Unfortunately, we cannot comment further.”

Nochlezhka is an unhoused services provider that operates shelters in Moscow and St. Petersburg, caring for as many as 60,000 people in the latter city. In an email to Task & Purpose, Nochlezhka director Danil Kramorov confirmed the incident happened but said there have not been further encounters at the shelter.

The attempt to entice unhoused Russians is the latest sign that the military is getting desperate to meet recruitment goals from the Kremlin. In August, Russian President Vladimir Putin signed a decree for the military to expand from its current 1.9 million person size to 2.04 million. That’s a tough ask for the military. Estimates put Russian casualties in Ukraine at 70,000-80,000, with a third of those being deaths.

Despite having several thousands of soldiers already trained and conscripted, Russia can’t actually field them. Since Putin has insisted on calling the war a “special military operation” and not actually a war, it’s limited his military options. A Russian law prohibits sending conscripts into a war, forcing the Kremlin to rely on its contract soldiers, as well as a slew of mercenaries (oftentimes Russian veterans, but also fighters from Syria and elsewhere). So far Russia has tried to make these contracts more appealing, offering higher pay and bonuses for various “heroic acts.” It appears the government is hoping that can entice unhoused Russians.

Unhoused people around the world deal with the trauma and difficulties of life on the streets, which includes being preyed upon by criminals and those looking to exploit them. In Russia, that now includes individuals or groups trying to lure them into a bloody war with the prospect of money. In 2020, the Borgen Project reported that there are approximately five million unhoused people in Russia. That number has likely grown since then, due to the economic impacts of both the COVID-19 pandemic and the sanctions brought on by Russia’s invasion of Ukraine.

The Russian military has already called up units filled with aging troops. Reuters reported that Russia is also looking at recruiting convicted criminals. The report, citing an American official, notes that service would be paid, and could also earn a pardon from crimes.

At the same time as the Russian military tries to replenish its depleted units, it’s also running low on artillery munitions. The conflict has become a World War I-style battle of artillery and trenches. Earlier this summer, it was reported that Russia was firing 60,000 shells per day. That’s drained its ammunition supply. The New York Times reported that Russia is now looking to buy munitions from noted pariah state and purveyor of aged weapons North Korea. The deal involves purchasing “millions” of artillery shells, as well as an unspecified amount of short-range rockets. The arms trade stands in contrast with Ukraine, which has been heavily supplied by Western powers in a variety of munitions and weapons platforms, including anti-tank missiles and the HIMARS rocket systems. Ukraine has received so many artillery deliveries from the United States, the military’s own supply of 155mm artillery shells is starting to run low.

UPDATE: 9/6/2022; This article has been updated following an email confirmation from Nochlezhka.