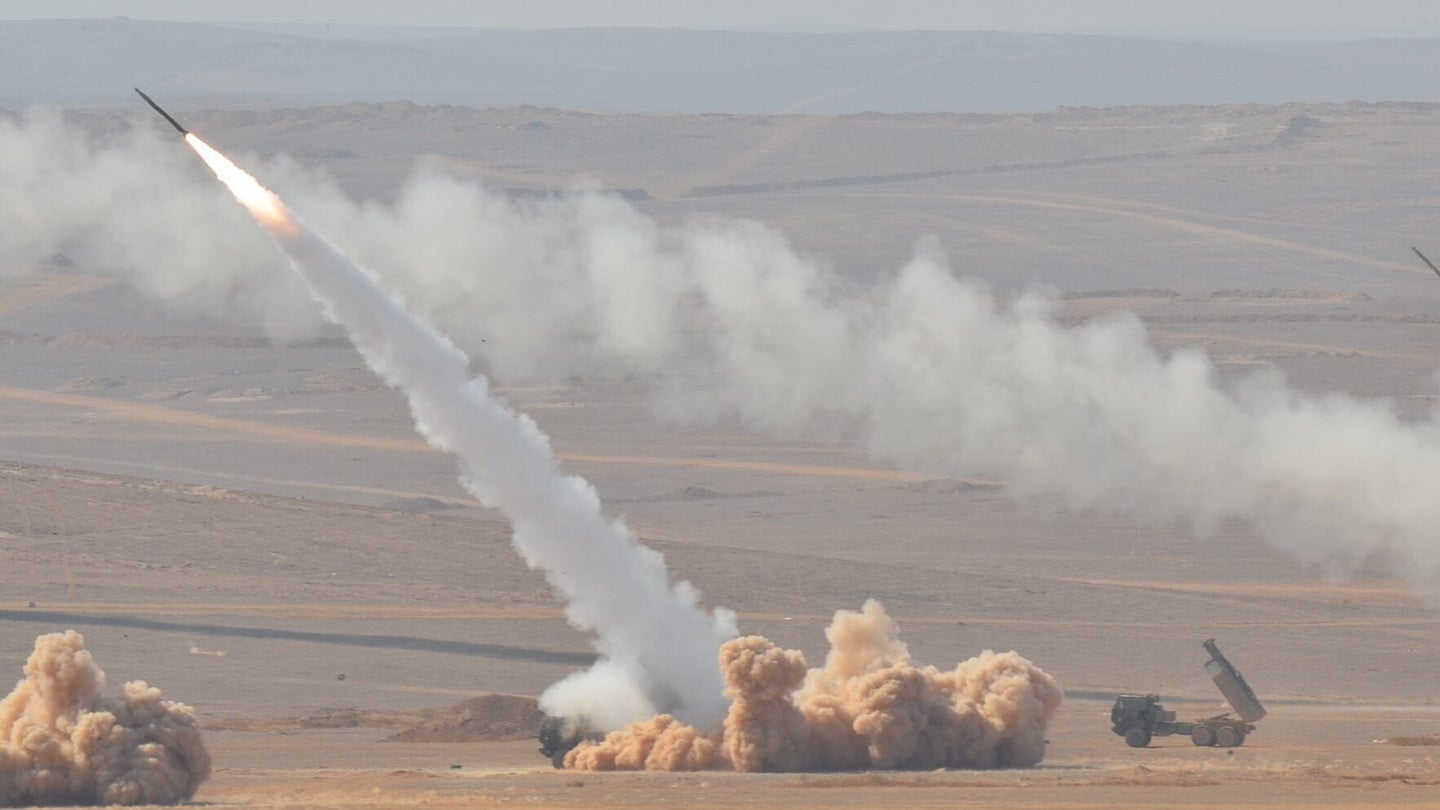 Ukraine has a new mobile weapon in its war against Russia: fake wooden missile systems. The military is fielding a large array of cheaply made stand-ins for the High Mobility Artillery Rocket System in an attempt to get Russia to waste cruise missiles.

The Washington Post first reported the news, citing both Ukrainian and American defense officials and getting photos of the decoys.

The idea is to trick Russian drones, which cannot tell the difference between the fakes and the real HIMARS from above, into transmitting coordinates to Russian ships, who will then launch cruise missiles at a worthless wooden mock up, draining Russian munitions. Per the Washington Post, the initial launch of the decoy HIMARS got Russia to fire 10 of those cruise missiles, so Ukraine started making more of the fakes.

In essence, congratulations Russia, Ukraine just made you play yourself.

Decoy forces aren’t exactly a new tactic. Diversions and fake army groups have been used for centuries. During World War II, the United States organized 1,100 soldiers into the “Ghost Army.” Those soldiers used fake order letters, inflatable tanks, made-up units and generally made it seem like they were a large force in order to divert Axis troops away from targeted areas. And it worked. Still, these Potemkin missile systems are an unusual development in the war in Ukraine, which was initially dominated by small unit urban warfare before turning into a brutal, devastating artillery war.

The HIMARS have been one of the major tools in Ukraine’s artillery war. The mobile weapons systems can be devastating and can quickly relocate, and footage from this summer have shown them hitting Russian convoys. They’ve also been major sticking points for Russia. The Kremlin has both prioritized destroying them due to their effectiveness and criticized the United States for supplying them to Kyiv; for its part the United States has promised they would not be used to hit targets inside Russia itself.

Currently, Ukraine is in the middle of a counteroffensive against Russia near the major city of Kherson. Fighting there has targeted bridges and arms depots.

The United States, along with other NATO member nations, have sent significant amounts of weapons and equipment to Ukraine since the war broke out. That ranges from vehicles and radar equipment to countless small arms, anti-tank missiles, kits to create technicals, the HIMARS and M777 howitzers. The U.S. has sent so much 155mm ammunition for those howitzers that it’s actually draining the military’s stockpiles of the munitions.

Russia meanwhile, despite still having an advantage is sheer military power, has been drained by the six months of war. Its military has suffered at least 70,000 casualties and hundreds of tanks have been disabled or destroyed. Units have been depleted enough that the Russian army is reorganizing and combining groups into new fighting forces to be at strength. This past week reports came out that a new wave of reinforcements are being sent to Ukraine, but they’re made up of older soldiers.

It is unclear if Russia realized decoys are being fielded or not, and if the prospect of hitting HIMARS is worth firing cruise missiles even with the risk of it being a fake. It’s also unclear if both nations’ strategies will change now that news is out about the decoy program.