The US has made clear that all weapons it provides Ukraine are meant to strike targets inside Ukraine, not Russia. 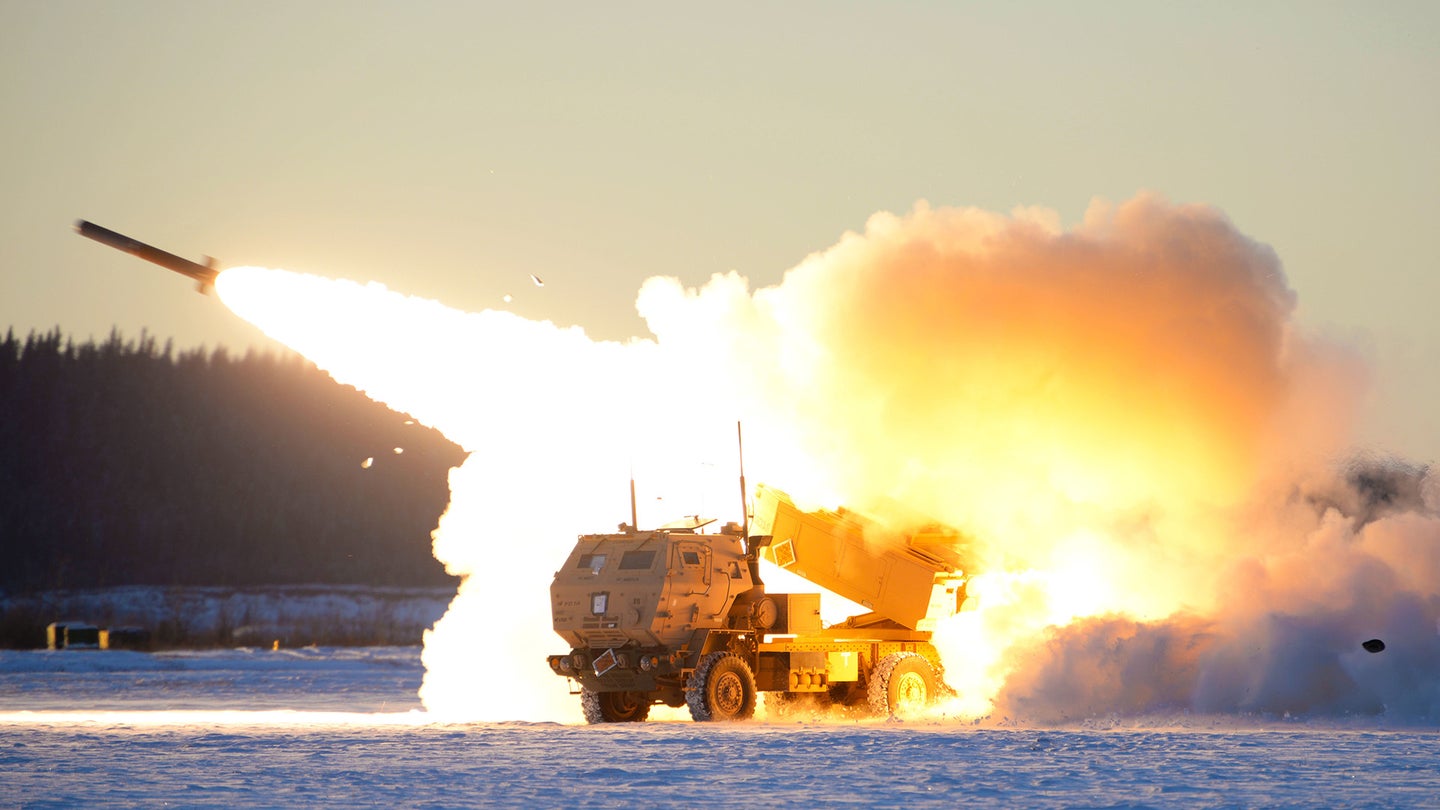 The U.S. government has reportedly modified all the High Mobility Artillery Rocket Systems, or HIMARS, that it has provided to Ukraine so that they cannot fire long-range rockets that could conceivably strike targets inside of Russia, according to the Wall Street Journal.

The modification prevents the HIMARS from firing Army Tactical Missile System rockets, or ATACMS, which have a range of up to 186 miles, the Wall Street Journal first reported. So far, the U.S. government has not provided Ukraine with any ATACMS.

Just days before the Defense Department announced in June that it would send HIMARS to Ukraine, President Joe Biden told reporters on May 30, “We’re not going to send to Ukraine rocket systems that can strike into Russia.”

Defense officials declined to say on Tuesday whether the HIMARS sent to Ukraine had been altered so that they could not fire ATACMS, or if such a modification is technically possible.

“Due to operational security considerations, we do not comment publicly on the configuration of systems provided to allies and partners,” Air Force Brig. Gen. Patrick Ryder, a Pentagon spokesman, told Task & Purpose. “The United States remains committed to providing Ukraine the capabilities it needs to counter Russian aggression.”

The Wall Street Journal story comes amid news that Ukraine may have used drones to attack Russian military bases hundreds of miles inside Russian territory, suggesting the Ukrainians are exploring options for striking targets inside of Russia.

The U.S. military has sent Ukraine 20 HIMARS so far and defense industry behemoth Lockheed Martin is building the Ukrainians another 18 HIMARS over the next few years.

Since June, the Defense Department has provided  Ukraine with Guided Multiple Launch Rocket System munitions, or GMLRS, for their HIMARS. With a range of up to 43 miles, these rockets have allowed Ukraine to strike targets behind the front lines but not inside Russia itself.

“The systems that we’re providing – HIMARS and the guided munitions that go along with them – will allow Ukraine to range any target they need for that fight inside Ukrainian territory,” Under Secretary of Defense for Policy Colin Kahl said at a June 1 Pentagon news briefing.

It is unclear how the U.S. could have modified the HIMARS sent to Ukraine so that the system could launch GMLRS but not missiles with much longer ranges. A Ukrainian military official who spoke on condition of anonymity expressed skepticism that HIMARS could be rendered incapable of launching ATACMS, citing technical reasons.

However, it is possible that the U.S. military has taken steps to ensure that the GMLRS rockets provided to Ukraine cannot strike targets inside of Russia, said retired Marine Col. Mark Cancian, a senior adviser at the Center for Strategic and International Studies.

Both the GMLRS rockets and 155mm artillery shells that the U.S. military has sent to Ukraine have electronic devices used to download coordinates for where the munitions are intended to strike, Cancian told Task & Purpose.

“What I suspect they’ve done is on all of these devices, they’ve put in some restrictions,” Cancian said. “I’m sure what they’ve put in is a no-fire zone over all of Russia.”

That means the software would not accept any coordinates inside Russian territory for the artillery rockets and shells that the U.S. has given to the Ukrainians, he said.

Cancian said he was unsure why the U.S. military would program the HIMARS to not fire ATACMS because the Ukrainians don’t have any of those long-range rockets.

“It makes no difference because we’re not giving them ATACMS, so it’s a non-issue,” Cancian said.

U.S. officials have made clear that any artillery shells and rockets provided to Ukraine can only be used for targets on Ukrainian territory. But Phillip Karber, a Marine veteran and national security analyst, argues that ATACMS would be a game changer for the Ukrainians that would allow them to push the Russians out of their country.

If the Ukrainians agreed that they would only use ATACMS to attack targets inside Ukraine that are west of the Dnieper River and south of the 50th degree parallel, they would be able to strike ships and airfields in occupied Crimea, said Karber, who has made 40 trips to Ukraine since 2014 and spent 187 days as an observer in the combat zone.

“The reason why Crimea is so important is the best way to get the Russians out is to make it militarily worthless, and it’s sort of a Pearl Harbor just waiting to be taken out,” Karber said. “So, if they take out the air bases and start knocking off any ships at the docks, it literally makes Sevastopol not worth having.”

Karber noted that the Ukrainians have already vowed not to use their HIMARS to hit targets inside Russia, and they’ve kept their word so far.

The fact that the U.S. refuses to provide the Ukrainians with ATACMS is “obscene,” he said.

“Russia has been attacking Ukraine with hundreds of long-range missiles for nine months and now systematically escalating to destroy the country’s civilian electrical grid,” Karber said, “But we can’t give Ukraine a missile with a third the range of the aggressor’s systems for fear of ‘escalation.’”

CORRECTION: This story has been corrected to make clear that Phillip Karber argued for letting the Ukrainains use ATACMS to attack targets on Ukrainian territory that are west of the Dnieper River and south of the 50th degree parallel.