Ukraine has the HIMARS and is putting them to use

Missile system is “in good hands,” Ukraine says as it shares video of the rocket system being fired, set to The X-Files theme song. 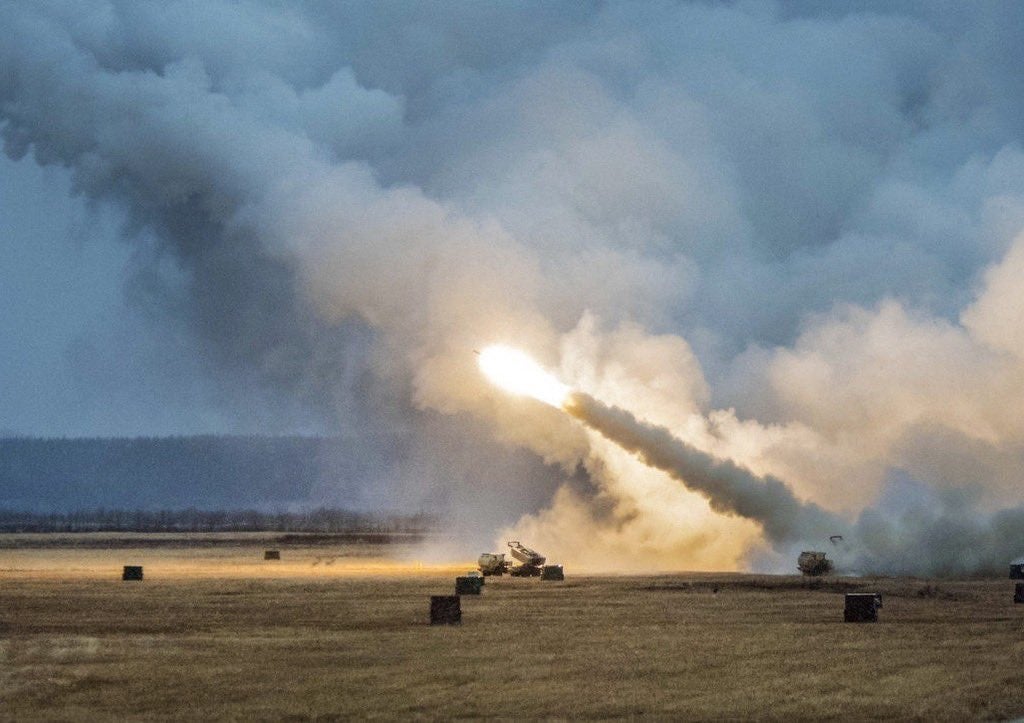 A HIMARS weapons platform fires from inside Ukraine. (Ukrainian Ministry of Defense/Twitter).
SHARE

Ukraine isn’t waiting to put its new weapons to the test. On Saturday the Ukrainian Ministry of Defense shared a video showing troops firing the new M142 High Mobility Artillery Rocket Systems, or HIMARS, which can launch multiple rockets. Ukraine claims that the weapons are hitting targets, “military targets of the enemy,” AKA Russian forces.

The two-minute video was shared with the caption “These weapons are in the good hands, dear Americans! To be continued.” It is, for reasons entirely unclear, set to the iconic theme music from “The X-Files.” The HIMARS, much like the truth, are out there.

Ukrainian Minister of Defense Oleksii Reznikov tweeted on June 23 that the HIMARS were in Ukraine, and apparently already in use, sharing a photo of the weapons system firing on a presumably enemy target.

Bizarre musical choice by Ukraine aside, the use of the HIMARS signals a new turn in the war. The weapons were just delivered to Ukraine this month. Russia’s invasion has dragged on for months and although the fighting has now recently been focused on the country’s eastern regions, the artillery war has escalated. American-provided howitzers are being used in heavy shelling operations between Ukrainian and Russian troops in the Luhansk region, but Russian forces scored a major victory this weekend, taking the city of Severodonetsk. Much of the city was reduced to rubble due to the fighting. Although the capture of Severodonetsk gives Russia control of most of Luhansk, Ukraine still controls several strategic sites in the region.

Russia also stepped up its rocket strikes on Ukraine, including firing missiles at the capital of Kyiv for the first time in several weeks. Ukrainian President Volodymyr Zelensky himself pleaded with other nations to supply his country with air defense systems to help counter the Russian strikes. He also called the fall of Severodonetsk “emotionally” difficult for the nation.

Ukraine is hoping the new weapons like HIMARS can help reverse fortunes in the war. The weapons systems are some of the most advanced that the United States and other allies have supplied to Ukraine. Their tactical advantage comes from their mobility – a HIMARS system can fire its six rockets, relocate its position, reload and then repeat throughout a combat operation. They can fire at a range of up to 43 miles away. The United States previously promised that the HIMARS would not be used to target territory across the Russian border. The New York Times reported this weekend that a network of special operators from multiple nations are working with Ukraine to direct the flow of new arms to the nation’s troops, as well as provide training when needed.

This weekend Russia itself shared images of Defense Minister Sergei Shoigu apparently arriving by helicopter into Ukraine to meet with troops in the invading force. It is unclear when the visit actually happened, or if it was indeed inside Ukraine.