Inside the battle for Severodonetsk, where a Ukrainian unit of 60 was reduced to just 4 soldiers

“The situation in the east is very difficult. We are losing 60 to 100 soldiers every day and something like 500 wounded in combat.” 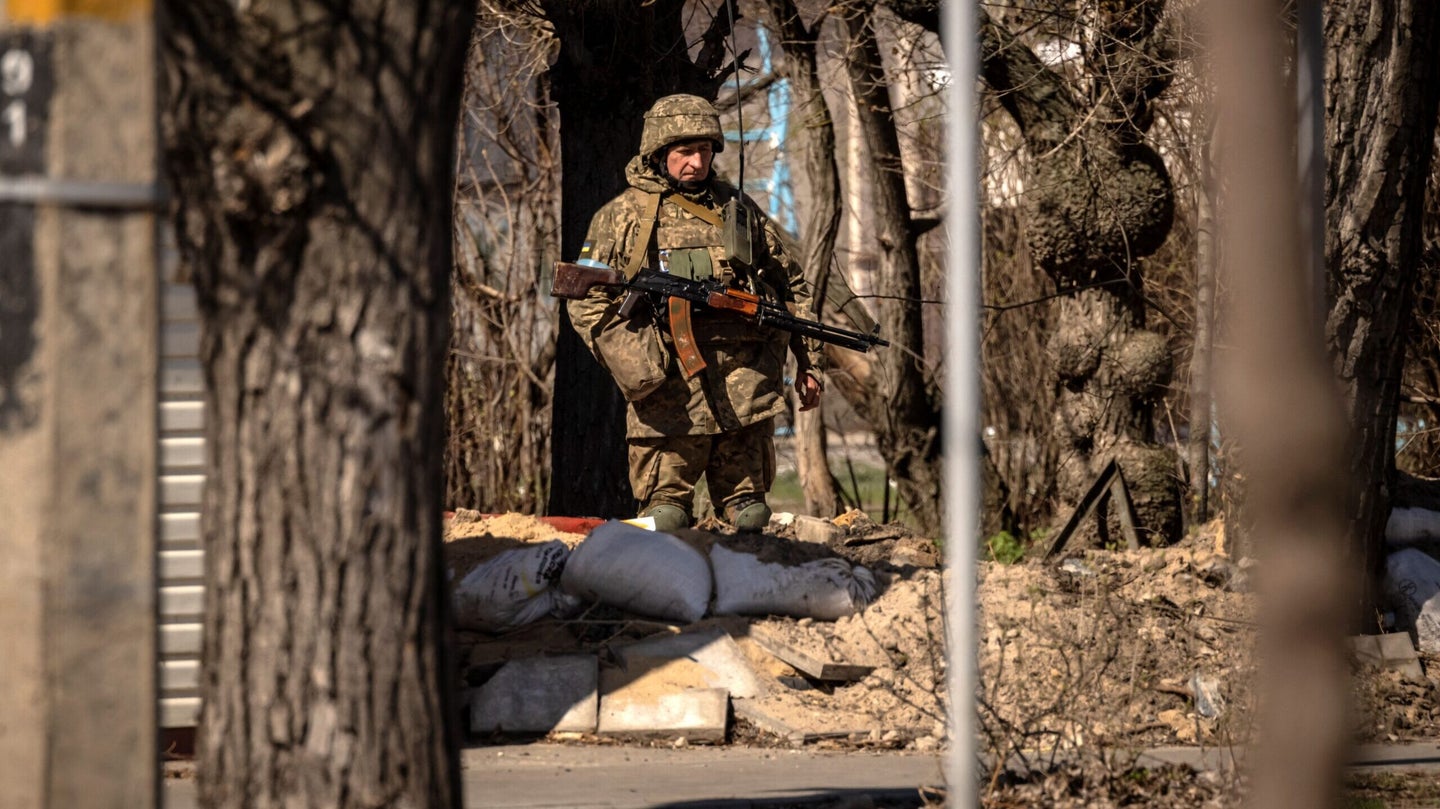 After being humiliated by the Ukrainian army outside of Kyiv several weeks ago, Russia has renewed its invasion strategy, focusing now on the eastern Donbas region of Ukraine, comprising approximately 20 percent of the nation’s sovereign territory. The Russian-supported Luhansk and Donetsk People’s Republics’ militaries are both stalled, with little to show for the immense casualties they had reportedly suffered. Ukrainians have been fortifying their territory in the east with trenches and fire bases since their initial conflict with Russian-backed separatists, creating a very difficult and dangerous situation for the advancing Russians.

The city of Severodonetsk has recently made headlines, as it has become a hotly contested urban center. The second-largest city in the partly occupied Luhansk Oblast, it was home to over 100,000 people, a small airport, and a large manufacturing sector. Since the invasion in February 2022, it is estimated that less than 15,000 civilians remain in the city.

From the beginning, Russia had concentrated on this city, using the 4th Guards Tank Division to begin the encirclement. Throughout May, Russian air and artillery forces reduced much of the city, causing both military and civilian casualties on the Ukrainian side. By May 6, the mayor of the city had announced that the Russian and LPR forces had “virtually surrounded” them.

However, things were not so simple. Villages and towns to the north and south of the city slowly fell to the combined Russian and LPR advance. The larger town of Rubizhne to the northwest was taken in a separate battle, with Russian forces pushing out elements of the Ukrainian 128th Mountain Assault Brigade.

But, as Russian forces attempted to cross the Siverskyi Donets River, roughly an entire 1,000-man Battalion Tactical Group was eliminated, and the crossing attempt was halted. While several other attempts to cross were made, the combined Russian and LPR forces also failed to make significant headway in cutting off the Ukrainian defenders. As the Russian military settled in to bombard Severodonetsk with artillery and air strikes, the surrounding towns of Borivske, Kreminna, Novotoshkivske, Nyzhnie, Orikhove, Popasna, Rubizhne, Toshkivka, Troitske, Voronove, Voevodivka and Zolote in Severodonetsk region were under their control.

As the battle for the city proper began, Chechen units initiated the assault by taking the Mir hotel on May 27th. Russian conscripts and LPR militia troops followed suit, coming from Rubizhne in the north and Smolyaninov in the east. Thick, heavy, and bloody fighting ensued between the Ukrainian defenders, mostly remnants of the 128th Mountain Assault Brigade and 53rd Mechanized Brigade.

In a matter of 48 hours, Russian forces had made their way into the center of the city. At the end of May, Ukraine confirmed that 70 to 80 percent of the city was under Russian control. In the early days of June, Ukraine had begun to bolster its defenses and simultaneously prove that the city was not cut off from resupply. Russian forces had claimed to have surrounded the city, but the arrival of troops from the International Foreign Legion units disproved that assertion

With the arrival of Ukrainian reinforcements, the city has become a major tactical focal point in the war. Control of the city, while still strategic, is an immense propaganda goal for the Russians, as it is the last major city center in the Luhansk Oblast in Ukraine’s possession. The Institute for the Study of War (ISW) stated, “Severodonetsk itself is important at this stage in the war primarily because it is the last significant population center in Luhansk Oblast that the Russians do not control. Seizing it will let Moscow declare that it has secured Luhansk Oblast fully but will give Russia no other significant military or economic benefit.”

While Ukrainian resistance has been staunch, the casualties for the defenders have been high. According to one text conversation from Niel Hauer on Twitter, a Ukrainian unit of 60 men had been reduced to 4. Ukrainian President Volodymyr Zelensky spoke to American news outlet Newsmax, stating “The situation in the east is very difficult. We are losing 60 to 100 soldiers every day and something like 500 wounded in combat.”

Russia has been taking heavy casualties as well. While their numbers are far more concealed by censorship and propaganda, the assault forces are reportedly taking “fearful casualties,” according to the ISW study, which also explained that Russian forces have likely expended the majority of their combat strength attempting to take the city. They state, “Moscow will not be able to recoup large amounts of effective combat power even if it seizes Severodonetsk, because it is expanding that combat power frivolously on taking the city.”

Additionally, Russian supply has reportedly been unreliable and assault elements are likely being kept from receiving the supplies necessary to carry out more attacks. According to a Ukrainian intelligence report, Russian commanders are refusing to risk more vehicles and supplies. The reports says that the officer corps in charge of taking the city has “forbid drivers to evacuate the wounded and bring food and fuel to the advanced units.” These commanders are reportedly exhausting their men with little to no rest or rotation between combat operations against Ukrainian defenders.

At the time of writing, there are unconfirmed but credible reports coming from the city that Ukrainian forces, bolstered by the Foreign Legion units, are already making attempts to retake part of the city. While success is still unconfirmed as well, the mayor of the embattled city says about half of the city is still controlled by Russian forces and fighting is heavy and ongoing.

Russia has expended an exorbitant amount of men, equipment, and tactical energy on the city, making it something of an outlier in regional terms. No other site, aside from the strategically and economically important hub of Mariupol, has thus far received this type of attention. This could interfere with advances on other avenues of approach and hamper efforts on other fronts.

With military resources being spent by the task force charged with capturing the city, it is likely many other units will see a curious lull in their shipments of arms, ammunition, and other support. One thing is certain; the city of Severodonetsk will cost both sides immensely in both men and equipment before a winner is revealed.

Mike Godwin is a freelance journalist who focuses on defense and security matters in Eastern Europe and the Caucasus, as well as NATO. He is a combat veteran of the United States Army and currently lives in Tbilisi, Georgia where he runs his own journalism and OSINT brand, MikeReports.