Who are the Chechens, Russia’s most feared fighters?

"They certainly are effective at terrorizing populations." 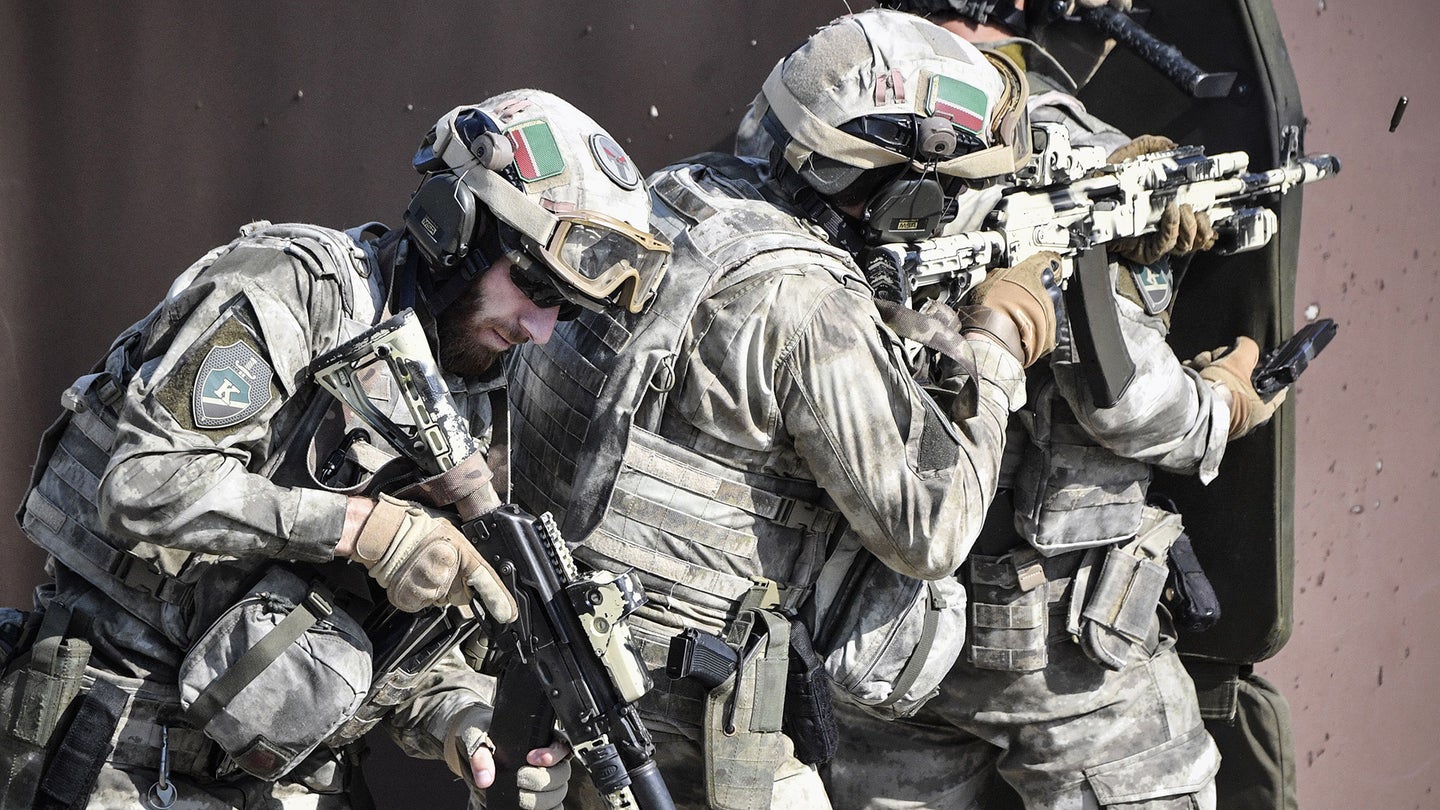 In late February, Russian propaganda attempted to instill terror into Ukrainians by claiming that up to 70,000 Chechen fighters were headed to Ukraine to support Russian troops.

While the actual number of Chechens sent to Ukraine is likely much less than that, the Russian propaganda underscores Chechens’ reputation as fearsome warriors. But who are they? And why does the mere mention of Chechnya supposedly inspire fear around the world?

With a population of about 1.2 million, Chechnya is a Russian republic in Eastern Europe’s volatile North Caucasus region, which saw the rise of jihadist groups in the 1990s. The region’s predominant religion is Islam, which is strictly enforced by government authorities. Chechnya is run by a close ally of Russian President Vladimir Putin, who makes sure it remains firmly in the Kremlin’s orbit.

The legend of Chechen warriors stretches back nearly 200 years. From 1829 to 1859, the Chechens fought against the Russian Empire. More than 100 years later, Chechnya defeated its former imperial masters in the first Russian-Chechnya War from December 1994 to August 1996. After withdrawing from the capital of Grozny, Chechen separatists fought for 18 months in the mountains before recapturing the city in a surprise raid.

For U.S. service members and veterans, the term “Chechen fighter” has a different meaning that is largely based on myth. Rumors about Chechen militants fighting in Afghanistan and Iraq existed long before Chechens not loyal to the country’s pro-Kremlin leader began joining the Islamic State group in the last decade.

Not long after the War on Terrorism began, both U.S. and Afghan forces began referring to any Russian-speaking Caucasians fighting for Al Qaeda as “Chechens,” said Sean Naylor, whose book “Not a Good Day to Die” provides a comprehensive account of Operation Anaconda in 2002, the largest battle involving conventional U.S. troops in the Afghanistan War.

“That was sort of a default position: that they must be Chechens,” Naylor told Task & Purpose. “But in Operation Anaconda, a large part of the Al Qaeda force was provided by Central Asians fighting for the Islamic Movement of Uzbekistan under a leader called Tohir Yuldashev.”

Moreover, experts believe that the notion that U.S. troops have fought against a large Chechen force is more myth than reality, Naylor said.

“That is not to say that there haven’t been individual Chechens or very small groups of Chechens out there fighting in Afghanistan or elsewhere, but there are more people in Central Asia than there are in Chechnya,” Naylor said. “It’s likely that – particularly in Afghanistan – that a lot of the fighters who have been casually referred to as Chechens were in fact not Chechens, but Central Asians.”

While rumors spread early in the Iraq war that Chechen snipers were targeting U.S. troops, it wasn’t until after the U.S. military’s withdrawal from Iraq in December 2011 that Chechen fighters had a major presence in the region.

One of those men was an ethnic Chechen from Georgia who took the war name Abu Omar al Shishani and became an especially feared ISIS commander. Known as “Omar the Chechen,” the U.S. military prematurely announced they had killed Shishani in March 2016 before eventually succeeding that July.

Shishani, who is credited for early ISIS successes, helped contribute to the mystique of the Chechen fighter, which is gradually being eroded by the war in Ukraine.

Nowadays, Chechnya is ruled by pro-Kremlin strongman Ramazan Kadyrov, whose fighters helped crush his country’s separatist movement in the second Russian-Chechnyan War from 1999 to 2009.

Known as “Kadyrovtsy,” the Chechen fighters loyal to Kadyrov have a fearsome reputation for cruelty. In 2006, the group Human Rights Watch found that Kadryov’s forces were systematically torturing prisoners, some of whom would disappear without a trace. Those disappearances had become so widespread “that they constitute crimes against humanity,” the group determined.

In Ukraine, the Kadyrovtsy have taken part in the Russian military’s efforts to capture Mariupol and Chechen units also operated near the Kyiv suburb of Bucha, where the bodies of hundreds of civilians were discovered after the Russians retreated.

While the Chechens are taking part of the Ukraine invasion, they do not fall under the Russian military’s chain of command, said Evelyn Farkas, executive director of the McCain Institute.

“The Chechen fighters report up to their leadership, to Ramazan Kadyrov, who reports to Putin,” Farkas told Task & Purpose. “There is no formal relationship with the Russian military command and these Chechen fighters are known for their brutality. As for effectiveness, they certainly are effective at terrorizing populations.”

Delving into the question of just how effective the Chechens have been in Ukraine requires separating myth from reality. Chechen fighters have been extremely good at making TikTok videos showing off their gear, but they have proven to be about average in actual combat, said Luke Coffey, a foreign policy expert at the conservative Heritage Foundation think tank in Washington, D.C.

The Kadyrovtsy now in Ukraine are a generation removed from the Chechen who battled the Russians in the 1990s and at the turn of the 21st Century, said Coffey, who added the two generations had very different reasons for fighting.

These current Chechen fighters are far from mediocre, but overall, they are no better than the average professional Russian soldier, and that could indicate that Kadyrov has kept his most capable units at home to protect his own regime, Coffey said.

“We should also highlight that they do seem to get into the thick of it,” Coffey said. “But again, just because someone is willing to get into the fight and show any amount of pluck or courage, that doesn’t necessarily make them an effective fighter.”

Indeed, Chechen fighters did not live up to their reputation as mythical warriors when they battled Ukrainian forces at the Donetsk Airport in 2014, said Glen Howard, a Russia expert and president of the conservative Jamestown Foundation think tank in Washington, D.C.

“They really got their asses kicked there,” Howard told Task & Purpose. “There isn’t anything in this war, to me, in my mind, that has really stood out as something reflecting what we saw in the first two Chechen wars – of that kind of military prowess that they’re legendary for.”

So far, the Chechens have mainly been used as follow-on echelons in captured territory or to prevent Russian troops from retreating, Howard said. Chechen fighters were part of the lengthy siege of Mariupol, but they were unable to capture the Azovstal steel plant until the Ukrainians surrendered.

He noted that the Kadyrovtsy were effective in Chechnya because they were supported by Russian airpower and troops on the ground, which were able to isolate the country from the rest of the world until the insurgents broke.

“They’re agents of empire,” Howard said. “They’re [playing] more of a PR role than a military role to demonstrate unfailing loyalty to Putin and that they will die to the last man for the glory of empire.”