Watch the ‘Top Gun: Maverick’ film crew get buzzed by an F/A-18 during filming

They almost got a new haircut. 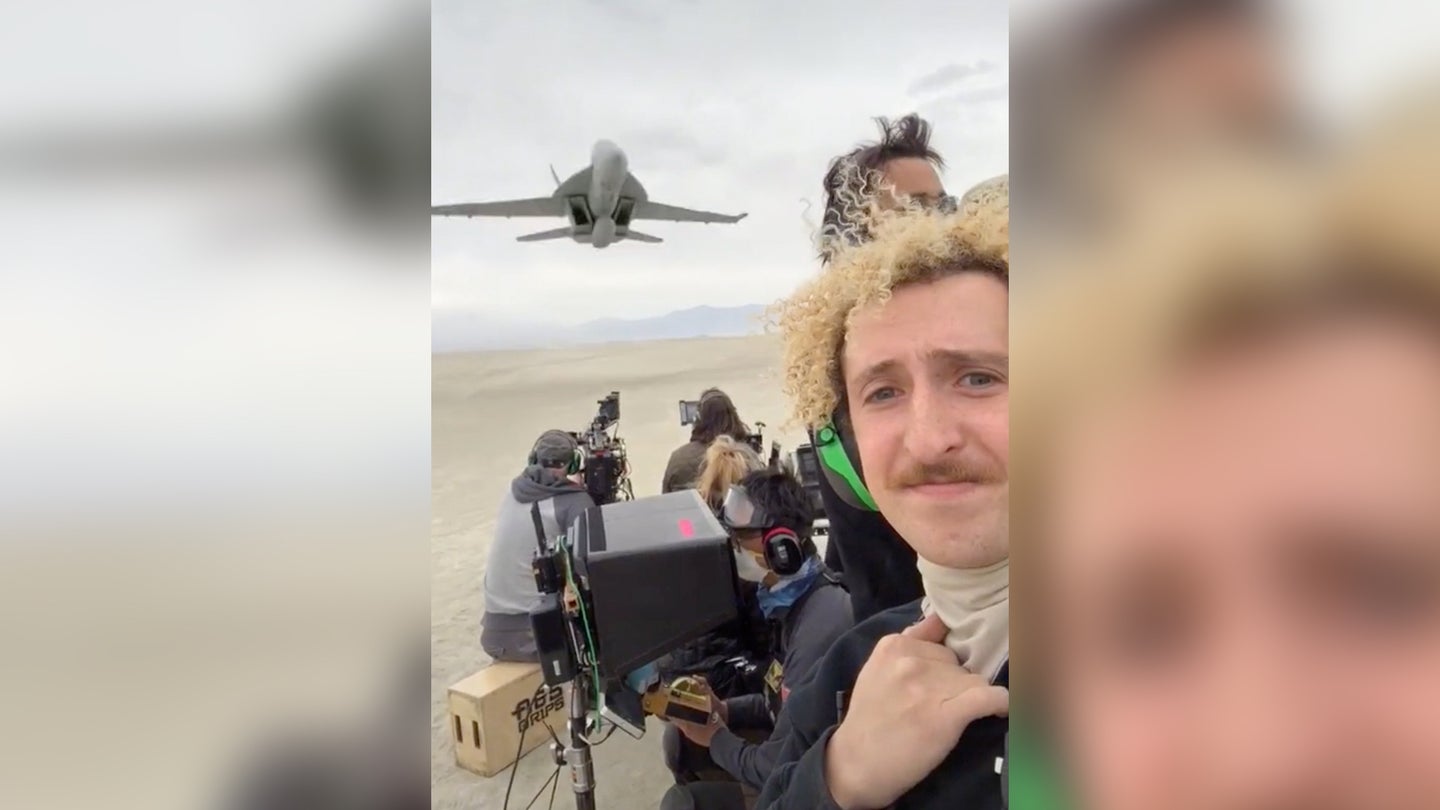 Screenshot of a TikTok posted by @softboyhard. (TikTok).
SHARE

Your job might be cool, but is it getting-buzzed-on-the-set-of-Top-Gun-2 cool? Doubtful.

“I love my job,” says the video posted by @softboyhard, as Kenny Loggins’ “Danger Zone” plays in the background.

Other videos posted over the last few weeks feature the cast joking around together and giving a virtual farewell to one of their makeup artists, crew members wiping a very grateful Lewis Pullman down with peppermint wipes after he got out of his plane, and yes, even behind-the-scenes footage of the beach football scene.

“The amount of oil used in the making of this project was INSANE,” Greg Tarzan Davis, who played Lt. Javy “Coyote” Machado in the film, posted on TikTok.

In another video, Miles Teller, who plays Lt. Bradley “Rooster” Bradshaw, takes on a new role: makeup artist for Pullman.

“Sorry you’re cutting my light, can you just like, move the fuck over?” Teller says, waving a makeup brush as people laugh in the background. “Thanks, girl!”

“Top Gun: Maverick” has taken box offices around the country by storm since its release on May 27, and it’s inching towards the number-one spot for the top domestic earner of the year. The film has been praised by military kids and Navy officers alike, and for good reason — it was 10 years in the making, with roughly 800 hours of footage shot in total.

Knowing the kind of work that went into making it, it’s no surprise that the cast and crew are as close as they appear in the recent Tiktok videos. If they weren’t in flight training to deliver the most realistic scenes that they could, they were getting in a few dumbbell, or uh, sandal curls, ahead of the beach scene or scaring each other in their dressing rooms.

And it’s clear as ever what that kind of bonding on set can do: deliver a cool-as-hell movie.