Samuel L. Jackson has killed more than 1,700 people on screen. Which is just, wow. That’s a lot

That's right, folks: Samuel mother-f--king Jackson is deadlier than some of Hollywood's biggest action stars, at least on screen. 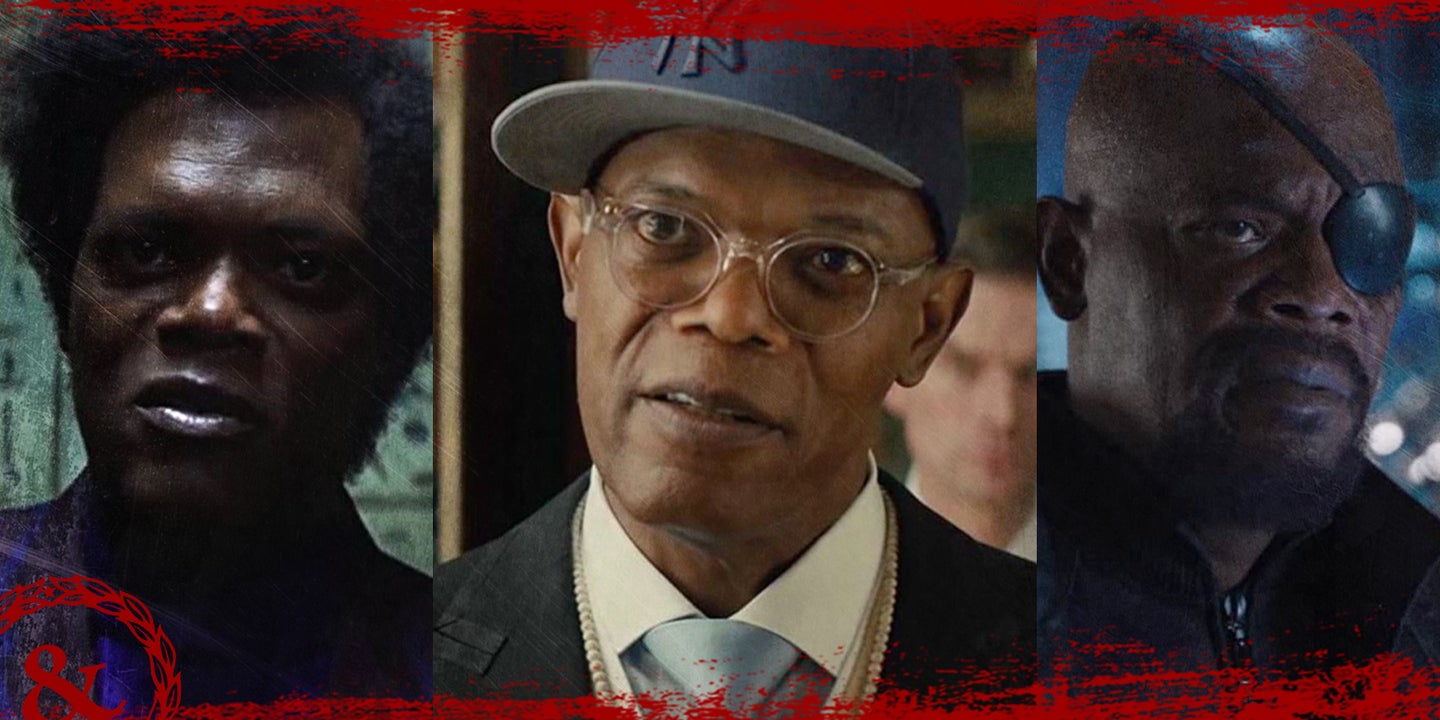 That’s right, folks: Samuel mother-f–king Jackson is deadlier than some of Hollywood’s biggest action stars, at least on screen.

First-place went to Jimmy Wang Yu who’s probably best known for his role in ’60s and ’70s-era martial arts films like One-Armed Swordsman. Based on Ardent Growth’s tally, Yu’s numerous characters caused the demise of nearly 2,500 foes over his career, which is astounding but not shocking given that gratuitous violence and copious amounts of bloodshed go hand-in-hand with action flicks.

But what stood out to us over at Task & Purpose was the runner up: Samuel L. Jackson with 1,734 kills.

According to Liz Hinds, a spokeswoman for Ardent Growth, Jackson’s largest tally came from 2014s Kingsman: The Secret Service. In it, he played Richmond Valentine, a certifiably insane environmentalist and gazillionaire who decided the best way to save the planet was to kill off most of mankind.

Though Valentine was thwarted, he still managed to take out 1,268 people, which makes up the bulk of Jackson’s movie murders.

The kill count system seems to be less about deaths by the characters’ own hands than it is about deaths attributable to them. This explains how Kevin Costner ended up in 16th place — his character in 1995’s Waterworld blew up a freighter filled with jet ski-riding post-apocalyptic marauders.

Other movies where Jackson nets a high body count include Unbreakable, in which his character, Mr. Glass, was responsible for the death of 235 people, and Marvel’s The Winter Soldier, in which he played Nick Fury, and took out 14 bad guys. Perhaps his most iconic kill was in Pulp Fiction when Jackson knocked out a bible verse before blasting someone who stole from his boss.

Now, a brief aside is in order: Ardent Growth was a bit tight-lipped about how exactly they went about compiling this list, with Hinds telling Task & Purpose that it was a lengthy process with “lots of film watching for the team” and included some cross-examination of other sites online. She declined to go into detail on the “ins and outs,” saying it would “give away our trade secrets.” So, it’s hard to say how definitive this list may be, though it certainly appears thorough, and is damn entertaining, if a little morbid.

To be found eligible for the list, the actors had to have been featured in at least five action movies, but they didn’t need to play a starring role.

The singular honor of most on-camera kills by one character goes to Tomisaburo Wakayama’s character Ogami Itto in 1974’s Lone Wolf Cub: White Heaven in Hell and comes in at 150.

“As so many cult action films hit the big three-zero this year, we wanted to see just who is the deadliest action star, and we weren’t surprised to see the list dominated by some of the finest Chinese- and Japanese-born actors — many of whom are martial arts masters on and off-screen,” Ardent Growth’s CEO Skyler Reeves said in a statement.

Other notable and deadly stars include Resident Evil actress Milla Jovovich, who slew nearly 1,300 foes and came in 6th place, and action juggernauts like Arnold Schwarzenegger with 842 — 103 of which came from 1985’s Commando — followed by Yun-Fat Chow (810), Sylvester Stallone (794), and Jason Statham (718).

The list also offered an “atta boy” for those who didn’t dish out as much carnage, but managed to save the world, with Sean Connery at the top with 13 “saves,” followed by Bruce Willis at 10 and Keanu Reeves with nine.

While Reeves did not make the list of deadliest actors, it’s likely he’ll get there soon thanks to John Wick. His suit-clad hitman already has 290 kills between the first three Wick flicks and there’s still a fourth in the works. And that doesn’t even take The Matrix into account.

Still, if Reeves decides to set his sights on Jackson’s spot, he’ll have a long way to go — but it might be easier than trying to unseat Jackson from his throne as the “third most foul-mouthed movie star.”

Seriously, what a mother f–king legend.