I saw ‘Top Gun: Maverick’ and it’s way better than the original

We feel the need for speed. 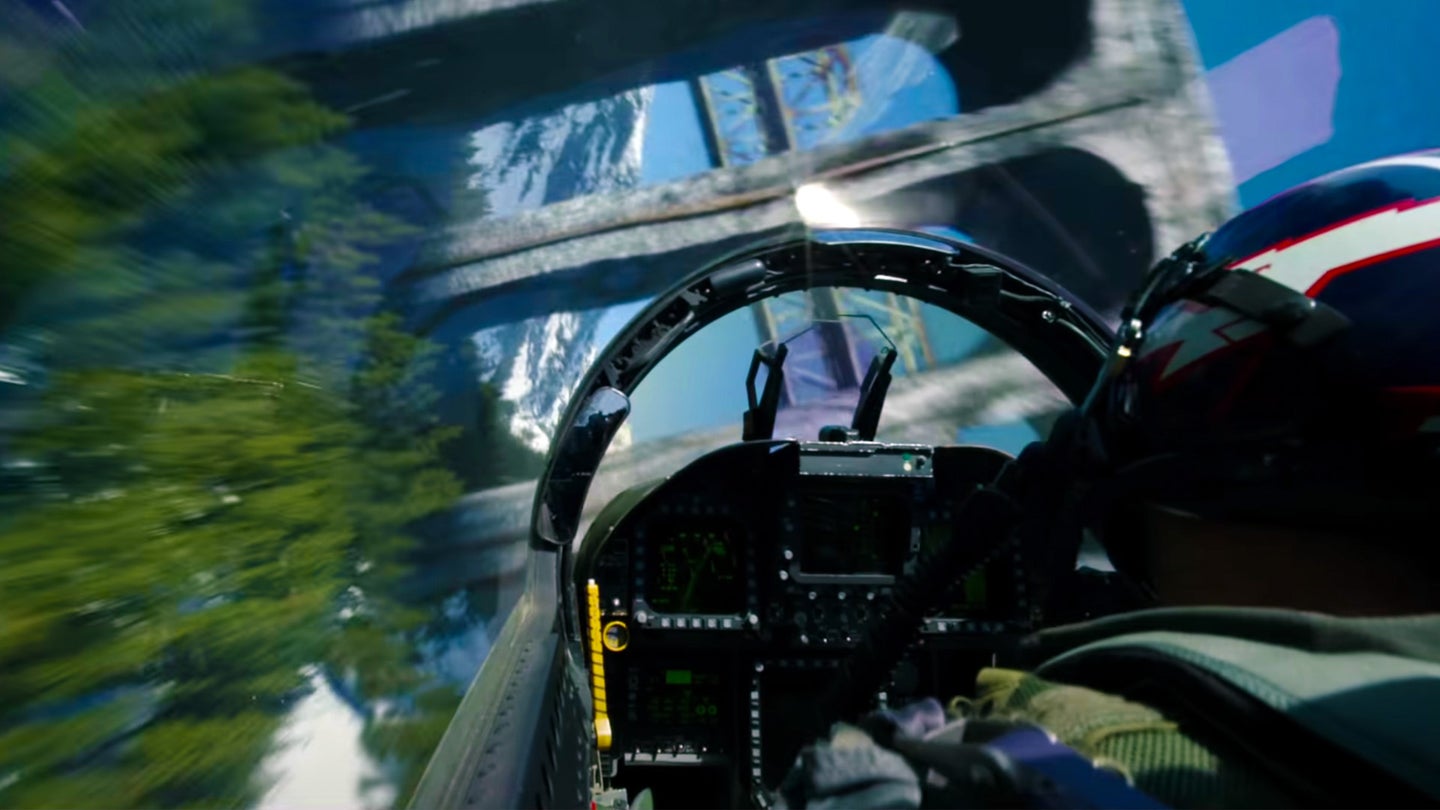 “Top Gun: Maverick” is finally here and it features the most realistic aerial combat ever depicted on film. It’s also way better than the original.

I recently got a sneak peek at the long-delayed Top Gun 2 ahead of its May 27 release, and the two-hour-plus runtime is filled with not only insanely realistic aerial combat sequences but a compelling story, characters you truly care for, and even a beach football scene (sorry, volleyball fans).

After a brief opening sequence that long-time fans will be familiar with — a carbon copy of the 1986 original’s music and style but with updated jets and Navy hardware — we are once again introduced to Pete “Maverick” Mitchell (played by Tom Cruise), who has served in the Navy for more than 30 years and is now a test pilot in the Mojave Desert, constantly dodging promotions or pissing people off so he can stay a mere captain and continue flying.

“Talk to me Goose,” he still repeats in the cockpit, knowing that his best friend, Lt. Nick “Goose” Bradshaw is no longer sitting behind him. Though he was killed in a training accident in the original film, the beloved character of Goose is ever-present throughout Top Gun 2.

That’s because his son Lt. Bradley “Rooster” Bradshaw (Miles Teller) has followed in his footsteps, and is among the “best of the best” to graduate from the Navy’s ‘Top Gun’ fighter weapons school. But he’s not alone: There’s a new crop of badass Navy pilots with names like Phoenix, Payback, and Hangman who have come up through the ranks as Mav has pushed new jets to their limits, and they are soon assembled in San Diego for a “specialized mission the likes of which no living pilot has ever seen,” according to the film’s production notes. The only catch is they need someone to get them ready for it.

So who do you call when you have a suicidal mission to bomb an extremely formidable target in which you have to fly a F/A-18 fighter so low it may as well be a lawnmower? Maverick.

There’s a lot in this movie for everyone. Fans of the original who loved the dogfighting sequences and aerial combat, rejoice. There’s a whole lot of it. There are cameras practically everywhere as if the filmmakers strapped GoPros onto the fuselage to capture every conceivable angle inside and outside the cockpit. And there aren’t Navy pilots serving as stand-ins for actors this time. Cruise insisted that he and others actually fly in the Navy F/A-18s. The Navy, seeing an obvious recruiting opportunity once more, happily obliged (though it refused to allow him to pilot the $70 million plane). Still, the actor was qualified in the Navy’s Aviation Survival Training Curriculum and personally led a rigorous five-month flight training program for the cast. The result is a film that will give people the ride of their lives as you can practically feel the G forces crushing the actors in their seats as they twist and turn during training for the deadly mission to come.

“Right now, on earth, there’s one force of gravity on our bodies. Two Gs is twice our body weight,” said Cruise. “In this movie, the actors are pulling seven-and-a-half or eight Gs, so if you weigh 200 pounds, that’s going to be 1,600 pounds of force crushing your body, forcing the blood out of your brain.”

“You have to train so you don’t go into something called G-LOC, where you go unconscious,” he said. “You have to build up that tolerance so that you can actually sustain the levels of G-force and be able to fly. I wanted the audience to see and experience the effect of Gs. You can’t [artificially] distort a face like that.”

Aside from hair-raising flight sequences, Top Gun 2 offers several notable callbacks to the past aside from “Rooster” and the palpable unease his presence inspires throughout the film in the usually-confident Maverick. The favorite watering hole of the fighter jocks on the beach in San Diego is run by Penny Benjamin (Jennifer Connolly) — the infamous admiral’s daughter of Mav’s past that he “went ballistic with” long ago. And when Iceman (Val Kilmer), now in charge of the Navy’s Pacific Fleet, reunites with Maverick on screen, it’s hard not to get misty-eyed at what appears to be a genuinely heartfelt reunion between friends.

Yet these scenes serve to highlight the past for Maverick as he launches into an uncertain future, having to get a handful of pilots ready for a mission against an enemy that is ill-defined: Iran, China, Russia? Your guess is as good as mine. But in the process, we see plenty of Maverick being, well, Maverick-y, from pretending not to hear an order over the radio to immediately return to base to his flying well below the hard deck.

“The future is coming. And you’re not in it,” a Navy admiral tells Maverick at one point, and he’s right: The close-in dog fights and gutsy moves of human pilots will inevitably be replaced one day by remotely-piloted drones and autonomous aircraft that won’t disobey orders or need a bathroom break. Fortunately, Top Gun: Maverick will always remind us of the good old days when we felt the need for speed. And we are here for it.

Correction: This article was updated after publication to make clear that Cruise did not fly but insisted that he and others actually fly in Navy jets.