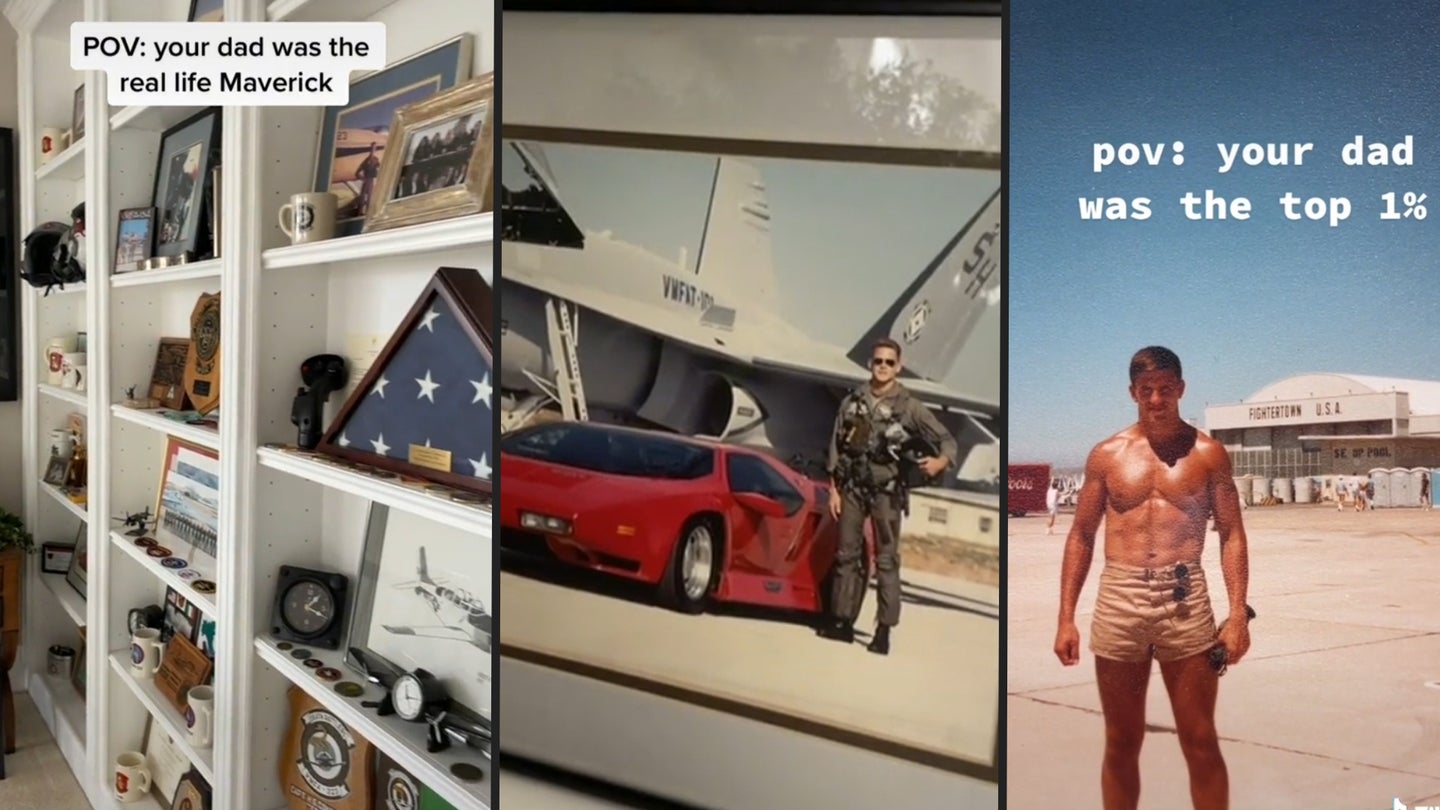 Military parents around the country rejoice: You just got a little more interesting to your kids.

“Top Gun: Maverick,” which debuted on May 27 after being delayed almost two years due to the Covid-19 pandemic, has given young people on TikTok a perfect opening to brag on their parents’ own real-life “Top Gun” accomplishments. Almost exclusively set to Kenny Loggins’ “Highway to the Danger Zone,” the videos feature photos from their parent’s time at the U.S. Navy Fighter Weapons School, otherwise known as TOPGUN, as well as patches, callsigns, flight suits, and plaques.

“My dad is so cool he was that top 1%,” one user’s viral video says, before showing a Navy Fighter Weapons School plaque from 1993, and various photos of fighter jets and men in uniform. It ends with a man, who is presumably the user’s father, smiling next to a “Top Gun: Maverick” movie poster.

Another similar video also shows off photos, plaques, patches, and keepsakes on a bookshelf. The video is captioned: “[Point of view]: your dad was the real life Maverick.”

“Thank you so much for all the nice comments!!” the user commented on their video. “My dad is so shocked by the outpour of support!!

The long-awaited “Top Gun” sequel, complete with aviator sunglasses, shots of Tom Cruise on a motorcycle, and shirtless beach activities, has brought in millions since it opened. CNN reported on Sunday that globally, the film has brought in $548.6 million so far. According to Deadline, it’s already set a domestic record for Tom Cruise, who returns in “Top Gun: Maverick” as Capt. Pete Mitchell.

Aside from showing kids that their parents are badasses, the film has taken over TikTok in other ways, too. There are videos of guys shaving their facial hair into a mustache like Rooster’s (and Goose’s before him), pilots sharing real footage from inside their cockpits, and clips of the uh, other 99%.

Whatever it may be, it’s no doubt that “Top Gun: Maverick” has the youths talking about the military, and the Navy, in a way they weren’t just a few months ago. At the beginning of Russia’s invasion of Ukraine, TikTok was flooded with joking videos from Generation Z requesting not to be drafted, and highlighting how people were spamming Vladimir Putin’s alleged Instagram account with messages asking him not to start World War III.

Now, some people are commenting that the movie was so cool it almost makes them want to join up themselves. One video says just that, to which other TikTok users concurred, saying they researched the Navy right after watching the movie and joked that they’re re-thinking their career choices.

It’s unclear what kind of impact the new “Top Gun” could have on recruitment, though the Navy — and even the Air Force — are hoping it delivers a nice bump in numbers. And it’s not too much of a stretch to expect one; the original “Top Gun” resulted in a big recruiting boom for the Navy.