Yes, the Navy is trying to recruit at ‘Top Gun: Maverick’ screenings

It is happening again. 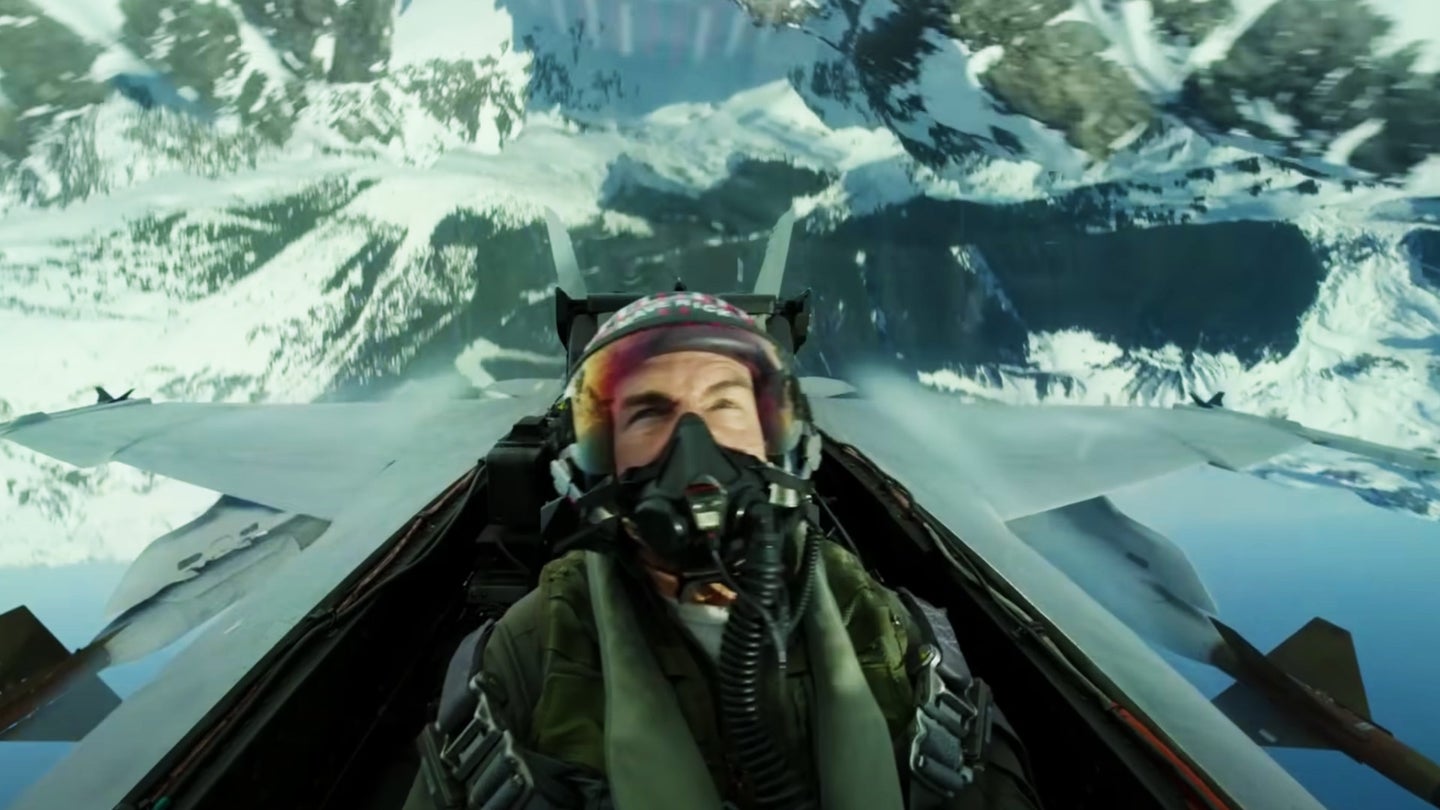 The U.S. military is feeling the need–the need to get more recruits at the movies. 36 years after the U.S. Navy infamously set up recruitment booths at movie theaters as Top Gun screened, they’re back, in time for the sequel Top Gun: Maverick. The film hit theaters on Thursday and viewers are already reporting seeing booths near concession stands.

The strategy was a bold move in 1986. Interest in the military was down after Vietnam. Top Gun was written to be a sports movie with planes, and audiences loved it. And the Navy capitalized on that. Moviegoers walking out of the theater wanting to be the next Maverick, Iceman or even Goose could find out more about the Navy and even sign up. It allegedly was so successful in  boosting the branch’s public image that the Navy tried that again in 1990 when Navy SEALs came out, to much less acclaim.

The new Top Gun is a Memorial Day weekend hit. Early reports suggest it opened to $151 million, which means a lot of moviegoers and a lot of potential recruits. Since the recruitment strategy has become infamous, whether or not it actually succeeded, some viewers shared their amazement and amusement at the Navy actually trying to do recruitment again.

The Navy certainly hopes it will get a public relations boost. Instead of Vietnam, the U.S. military is dealing with the legacy of the wars in Iraq and Afghanistan. Cmdr. David Benham, director of public affairs for Navy Recruiting Command, told USNI News that he thinks Top Gun: Maverick can at the very least increase interest in the Navy. The movie comes as the Navy is trying to meet FY 2022 recruitment goals–it wants to get 40,000 new enlisted sailors and 3,800 new officers. It’s an issue affecting the entire military.

And even though Top Gun is about Navy aviators, the Air Force is also trying to get new members at the movies.

The new film follows an older Maverick (Tom Cruise) being brought in to train a new generation of Navy aviators for a special mission. Joseph Kosinski directs in place of the late Tony Scott.

So will the effort pay off? Is time a flat circle? The Navy itself has said there was no distinct boost in recruiting after the 1986 film, although interest in naval aviators did shoot up. Its advertising budget has increased since the mid-1980s. Time will tell if any of the recruiters outside Top Gun: Maverick actually succeed. Anyone who does make it into the Fighter Weapons School (formerly known as TOPGUN) be warned: You get fined if you quote the original film. That might be updated to include any quote from the sequel.