The Air Force hopes to snag ‘Top Gun: Maverick’ fans with a recruiting ad before the movie

“Whether viewers want to ‘Fly Navy’ or ‘Aim High’ we just want them to think about serving." 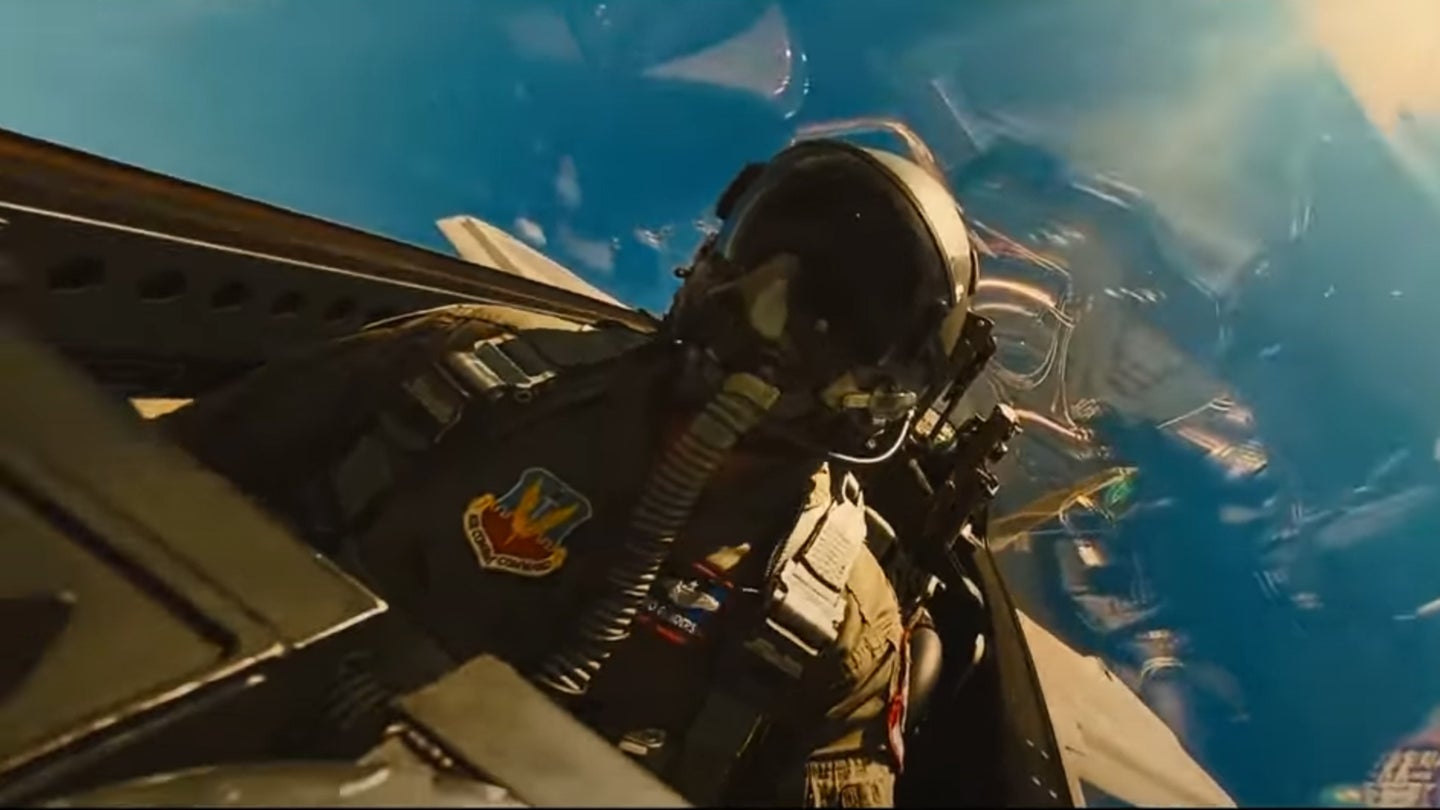 Aviation fans like myself who start drooling whenever a plane flies overhead will have an extra minute of bliss courtesy of the Air Force if they go see the Navy-centric movie “Top Gun: Maverick” when it premieres in theaters on May 24. Yes, you read that right: The Air Force is running a recruiting commercial before the start of the “Top Gun” sequel, which is essentially a feature-length ad for the Navy.

The Air Force, which has struggled in recent years to recruit and retain pilots for its wide range of essential missions, put together a 60-second recruiting ad that highlights the speed and power of Air Force jets in a special preview before the main feature.

The ad is meant to match the high-intensity maneuvers that the “Top Gun” franchise is known for, and to show viewers they can do that in real life if they join the military.

“We want to get Americans excited about what it means to serve this great nation,” said Maj. Gen. Ed Thomas, commander of the Air Force Recruiting Service, in a press release. “The air superiority in this video just gives you a glimpse of a small percentage of what is possible when you join us.”

The minute-long ad features rapid-fire shots of a range of Air Force aircraft doing an aileron roll, low passes, and, of course, flying inverted to show that it’s not just Navy aviators who fly fast and fancy, but airmen too. The aircraft include F-22, F-16, and F-35 fighter jets, an AC-130 gunship, a B-2 stealth bomber, a CV-22 tiltrotor transport, and the legendary A-10 attack plane. At the start of the ad, a narrator says that the Earth is 70 percent water and 30 percent land, “but the entire sky belongs to us,” which sounds a little like the meme “All your base are belong to us.”

The Navy, which operates its own fleet of aircraft, might have something to say about that claim. However, while the Air Force has a historic rivalry with the Navy, the goal of the ad is to work with its sister branch, not steal the spotlight, Thomas said.

“The Navy, the Air Force and the other services benefit when America gets to see such positive and realistic depictions of what we do and what our lives are like serving the country,” he said. “Whether viewers want to ‘Fly Navy’ or ‘Aim High’ we just want them to think about serving and the exciting life and tremendous opportunities we can offer.”

The “Top Gun” franchise has a solid record for pulling in new military pilots. The original 1986 film inspired a generation of aviators, including the Air Force Chief of Staff Gen. Charles “CQ” Brown Jr., who had just finished Air Force undergraduate pilot training when the movie came out.

“It was probably the most realistic flying movie that I’d seen, and it just left a mark on me,” the general said in August.

The Air Force could use a similar boost today. The service is short 1,650 pilots, which is an improvement over last year’s 1,900 pilot shortage, but still not where they want to be.

“There’s still a lot of work to be done to get us back to where we want to be,” Maj. Gen. Albert Miller, Air Force director of training and readiness for operations, told Federal News Network in March.

The majority of the pilots needed, 1,100 in fact, are for the fighter pilot corps, Federal News Network reported. Perfect timing, then, for the sequel to a beloved movie that is all about fighter pilots. It also might explain the choice of footage used in the Air Force recruiting ad, which is dominated by its fighter fleet. The ad definitely impressed one fighter pilot.

“Great commercial,” said Trevor Aldridge, a former Air Force F-15C Eagle driver who also flew F-16s with the Air Force Thunderbirds, the branch’s premier aerial demonstration team. Aldridge described the original “Top Gun” as the “single most important pilot recruiting tool in the past 50 years,” and he was excited that the Air Force was working to capitalize on the sequel.

“This is especially important given our current pilot crisis,” he said.

Toward the end of the ad, there is a long shot of the knife-edged F-22 pulling its nose up and then falling down and to the left in what is known as a Herbst maneuver or a J-turn. According to NASA, the J-turn maneuver basically uses “the entire airframe as a speed brake” and can “reduce the turning time of a fighter aircraft by 30 percent.” The F-22 can do that because it has thrust-vectoring capability, where the aircraft can point its engine nozzle in different directions for greater control and maneuverability. Most fighters can’t turn sideways like that, which is “super impressive,” Aldridge said.

Aldridge himself has experienced the wrong end of the F-22’s maneuverability.

“It really sucks to fight in a normal fighter against it. Feels like cheating,” he said. “The Raptor is a beast of an airplane!”

You know which aircraft doesn’t have thrust vectoring? The F/A-18E/F Super Hornet, a fighter jet flown by the Navy and which features prominently in “Top Gun: Maverick.” The F-35 variants flown by the Air Force, Navy, and Marine Corps also do not have thrust vectoring, which may be on its way out in the U.S. military overall. In 2021, the service announced it would retire the F-22 around 2030, depending on how soon the Air Force can adopt its Next Generation Air Dominance fighter — a developing project which could cost hundreds of millions of dollars per tail and redefine the concept of fighter aircraft.

Who knows? Maybe some of the younger “Top Gun” fans sitting in theater seats later this month could find themselves in the cockpit of a hyper-advanced next-gen fighter in a few years — assuming all the kinks get worked out, this time. That would certainly make the Air Force, and the rest of the military, very happy.