An Air Force F-16 pilot made an emergency belly landing look easy. Here’s why it’s anything but

“I’ve seen plenty of video of gear up landings and this one was executed very well." 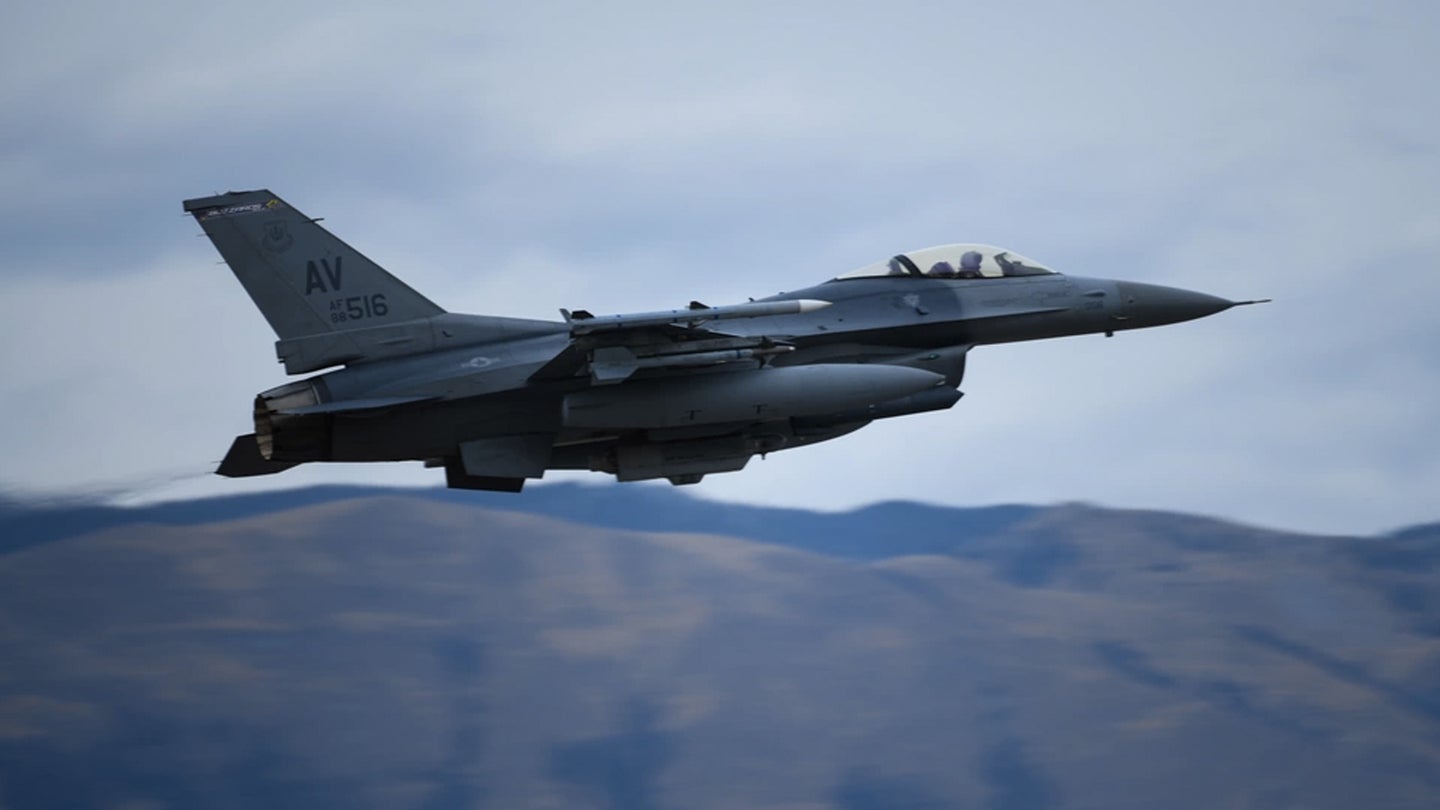 A U.S. Air Force pilot made a dangerous situation risking life, limb and millions of dollars of equipment look easy last week after bringing an F-16 fighter jet to a smooth stop on the ground at Aviano Air Base, Italy without landing gear. The landing, which was captured on video and posted to the popular Facebook page Air Force amn/nco/snco, impressed a former Air Force pilot for both its smooth execution and the minimal damage caused to the jet.

“I’ve seen plenty of video of gear up landings and this one was executed very well,” said Gregg Montijo, a former A-10 Warthog pilot who still works closely with a wide range of Air Force pilots, including F-16 drivers, as a senior leader for a crew resource management training program.

In particular, Montijo noted that the pilot was able to bring the F-16 to a smooth stop despite having a bulky electronic countermeasures pod mounted to the center of the aircraft’s belly.

“Considering that with the ECM pod mounted on the centerline of the aircraft, it could act like a teeter totter and the aircraft could have rolled off either left or right,” Montijo told Task & Purpose after inspecting pictures shared on Facebook that appear to show the F-16 after the landing. Montijo cautioned that, while one can’t immediately assume the photos of the F-16 damage shared on Facebook were of the same plane in the belly landing video, his guess was that they were.

“Given the even wear on the pod and the rear fins, the pilot kept the wings very level, minimizing any further damage to the wings or any other stores on the aircraft,” he said.

The public affairs office for Aviano Air Base did not share many details of the incident, but it confirmed that a pilot with the 31st Fighter Wing conducted a safe emergency landing after experiencing an in-flight emergency on the afternoon of March 2.

“The pilot is safe and unharmed,” the wing’s public affairs chief, Maj. Kaylee Ausbun, said in a statement. “A safety investigation board is currently underway, no other information is available at this time.”

On Monday, Coffee Or Die wrote that Aviano officials confirmed that the videos taken of the landing “were authentic, although unofficial.” To make things even more hair-raising, the Aviationist reported that the mishap aircraft was armed with live missiles when it came to land. But despite how scary a belly-landing might sound, they happen with some regularity in the Air Force fighter fleet, one pilot explained. In fact, belly landings are often safer than landing with just one or two of an F-16’s three wheels down.

“If you find yourself in certain configurations, it’s better to land gear up than with a bad configuration,” Aldridge explained. “For example if you can only get one of your main gear down, it’s better to suck them up and belly land than to land with only one main down.”

In fact, some aircraft are designed with gear-up landings in mind. Even when the landing gear for the A-10 Warthog is retracted, Aldridge pointed out, the wheels stick out a little from the belly to cushion the plane’s fall if it has to land with the gear up, as has happened on several occasions.

There are many reasons why a plane’s landing gear may not come down, Montijo said. The hydraulics might fail, a landing gear strut could get stuck in the gear well, or the landing gear doors may refuse to open. Pilots have a long checklist for trying to get the gear down, but in the end they have to balance that list with the amount of fuel they have left in their tanks.

“Usually the gear problem surfaces at the end of the mission when the pilot is lower on fuel,” Montijo said. “At some point you want to land the jet without running out of gas and compounding the problem.”

Though gear-up landings happen with some regularity, they are still a nail-biting situation. When asked what he thought of the landing at Aviano, Aldridge kept simple the criteria for success.

“[Chuck] Yeager said it better than I can: ‘If you can walk away from a landing, it’s a good landing,’” he said, quoting the Air Force legend. “‘If you can use the airplane the next day, it’s an outstanding landing.’”

While the Aviano landing did not quite hit the ‘outstanding’ mark, it came pretty close. Both Montijo and a former Air Force maintainer were impressed by the lack of damage done to the aircraft itself.

“They’d need to check bulkheads for cracks and all that, since obviously the jet isn’t designed to land like that, but in-so-far as damage mitigation, major props to the pilot,” the former airman, who maintained F-16s for three years and worked in a crash and recovery unit for another two, said on condition of anonymity due to privacy concerns.

He noted that the F-16’s ventral fins, the little stubby wings that poke downwards from the plane’s belly, had taken some damage, as expected from a gear-up landing. The ECM pod took the brunt of the damage, but all those features can be replaced without invasive maintenance, he said.

“So, it’ll take a little bit of work, and obviously there will be a full investigation of what all damage was actually sustained, but that doesn’t initially look like something that would require super extensive backshop maintenance,” he said.

That’s good news, because sometimes after a belly landing, Air Force jets have to be partly rebuilt at maintenance depots in order to fly again. Just recently an A-10 returned to service after three years of repair work done in the wake of a 2017 incident where the aircraft’s gun exploded, the canopy flew off, and the landing gear would not come down.

“We knew we could do it, but it would take a long time,” said Daniel Wise, A-10 planning chief for the 571st Aircraft Maintenance Squadron, the unit at Hill Air Force Base, Utah which helped bring back the injured bird.

“We basically rebuilt the entire front of the A-10 without aided engineering and unprocurable parts that had to be local manufactured,” Wise added in an Air Force release from November, when the airplane returned to service.

The F-16 overall did not escape unscathed, Montijo said. Electronic countermeasure pods, which can jam and disrupt incoming enemy radar signals, are expensive and could set the Air Force back about a million dollars to replace. Montijo estimated the mishap would be designated as Class A, meaning the incident caused more than $2.5 million in damage, or a loss of an aircraft, a death or a permanent total disability. At the very least, the Aviano landing would be a Class B mishap, where the damage was between $750,000 and $2.5 million, Montijo predicted. But it could have been a lot worse.

“The investigation will determine the cost as well as the root cause of the mishap,” the former A-10 pilot said. “The aircraft should easily be repairable and fly again!”