‘Yunnerstand?’ and other words your first sergeant is saying completely wrong

Nobody has any idea what first sergeants are saying. Ever. 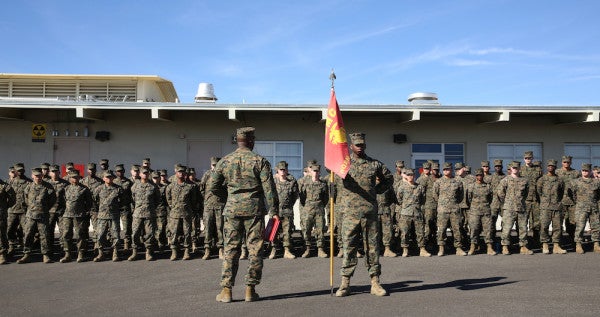 Editor's note: This article was originally published on Feb. 11, 2015.

Most of you have numerous memories of early mornings and late evenings spent standing at parade rest or in a “school circle” for what felt like an eternity — often in blazing heat or freezing precipitation — to hear the nerve-racking voice of your first sergeant. (For you Navy/Coast Guard folks, that would be a senior chief. For my Air Force brethren, I have no idea. A “Senior Grand Webelo 3rd Class,” or something?). His meandering oratory always rife with twists and turns, the tone jumping from accusatory to encouraging to humorous with no warning or discernable sense to those who heard it. And at the end of each such speech, whether daily, weekly, or otherwise, the majority of you probably had two questions in your head: “Why is that officer over there laughing so hard? And what the hell did first sergeant actually say?”

The answer to your first question (at least, if I was the officer in question) is directly related to the second: Nobody has any idea what first sergeants are ever saying. Sure, some oft-used words like “Chesty,” “dip,” or “dumbass” might slip through. But the rest is often a confusing swirl of guttural noises through ominous smirking.

It's been a while since I've spent the entirety of a formation trying to suppress my giggling at the aforementioned rambling. I racked my memory and scoured the MRE-cheese-and-tear-stained pages of my old journals for clues to translate some of the most-often used words in the strange language we've heard so many times. Here are the key ones I managed to decipher:

1. Yunnerstand: Directly translated as “Do you understand?” Often added to the end of sentences or commands that were perfectly clear until that point, thereby making it the only part nobody understands.

2. Figgsershelf: “Fix yourself,” first sergeant speak for a common military phrase that makes less and less sense the more you think about.

3. Daggun-fuggin: “Dadgum-fucking,” a combination of old-timey PG swearing and a word you can't say on television. For some reason all first sergeants talk like Old West prospectors as written by David Mamet.

4. Undecipherable Furious Screaming: translates as “I love you, friend. Please return this feeling in kind.”

5. Misreorientated: No known translation exists. Possibly “I am hungry” or “Your various NJP’s shame your ancestors,” according to popular theories.

6. Moto: Shorthand for motivation it means entirely too many things to count, from exhausting to early in the morning. This one's not even close, so one wonders how they pronounce it so differently.

7. Fursarnt: Often mistakenly translated as “I,” “me,” or “this mama-jammer” due to the tendency of first sergeants to use it in place of a first-person pronoun when addressing large groups. But it actually means “first sergeant,” because referring to yourself in the third person by your rank is just something you do after so many years of service.

8. Donbee-an-idjut: Don't do something this weekend that will force me to do extra paperwork on Monday.

9. Sly Chuckling: Something terrible is about to happen to you.

10. Dickhead: This one took me a while to figure out, but I finally understood that when they say this, what they really mean is “lieutenant.” Wait a sec…ah, son of a bitch.

Well, I hope that helped you understand your own E-8’s a little bit better. As for me, I now have to add another entry about hurt feelings to my aforementioned journal. I only hope I can find enough MRE cheese to get me through the pain.