This viral video asks the one question we all know the answer to: ‘What would you say to your recruiter?’

Personally, I think there's just one surefire way to know if someone served in the miltiary, short of looking at their discharge papers: Ask them what they'd say to their recruiter. 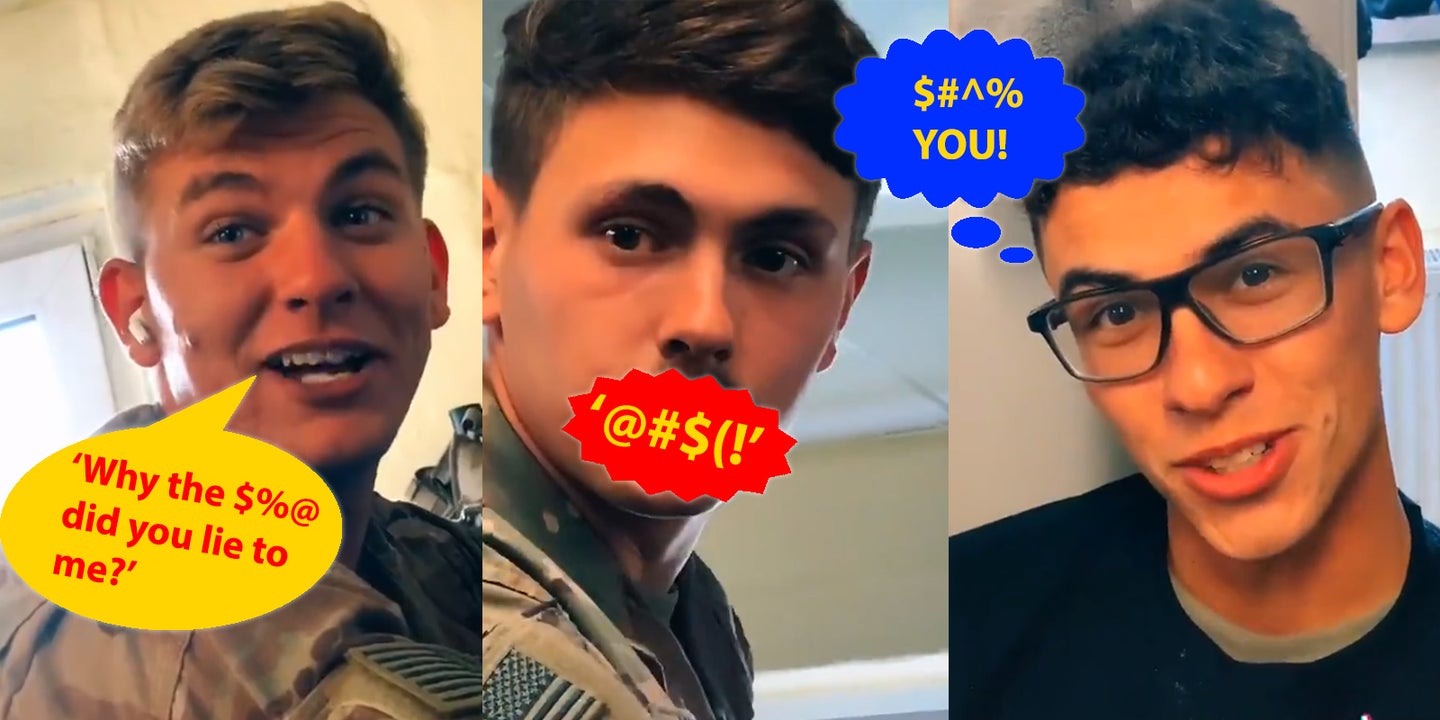 There are some tell-tale signs that someone served. Some people will talk at length about “bearing” and suggest that current or former military folks “hold themselves” a certain way.

Personally, I think there’s just one surefire way to know, short of looking at someone’s discharge papers: Ask them what they’d say to their recruiter.

And now there’s a video to prove it:

This is actually some of the saddest shit I’ve seen pic.twitter.com/Djw2lhZ8sF

The clip, which has racked up more than 1.4 million views, was originally posted to TikTok by Bryce Pond, who appears to be an active-duty soldier in the Army based on previous videos posted to the page. The video shows him walking through a squad bay, probably at a training site, given that their’s a neatly ordered row of M4s on the deck, and asking his platoon-mates what they’d say if they could say just one thing to their recruiter.

“This is a bunch of bullshit,” another says, while a third adds “why the f–k did you lie to me?” and a lone outlier sarcastically thanks his recruiter for “the job opportunity.”

The best, by far, is when a salty AF-looking specialist lying in his rack points to the camera and says, “You’re welcome for my service,” which, for those who don’t know, is a common and sardonic saying within the military and veterans community.

Comments on the video, which was later reposted to Twitter, largely fall between two camps: One of which is having a hard time keeping it in their pants, while the other sees the video as an indicator of predatory recruitment practices by the military.

Now, for a lot of folks who served in the post-9/11 military, none of what was said in this video is shocking or new, and let’s be real, there’s probably a lot of active duty recruiters serving right now who have said the exact same thing.

Wanna know why? It’s because shitting on your recruiters is, honestly, just tradition at this point — much in the same way that it’s also tradition for recruiters to promise you a digi-pattern rainbow that leads to a pot filled with bonuses, benefits, and a three-year contract.