And while that may sound a bit gimmicky, based on the trailer it looks absolutely fantastic 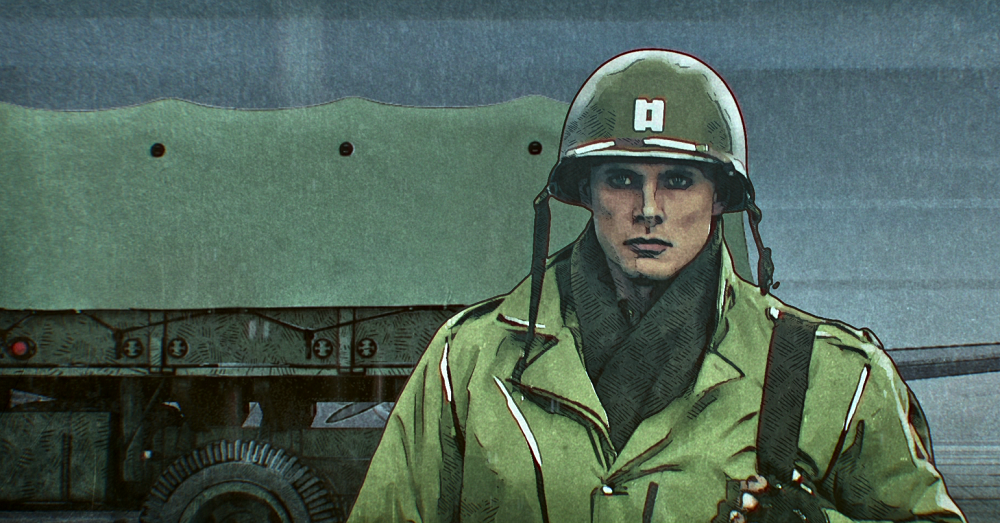 The teaser for Netflix’s upcoming series, The Liberator, looks like what you might get if the creators of animated science-fiction thriller A Scanner Darkly were asked to remake HBO’s World War II classic, Band of Brothers.

And while that may sound a bit gimmicky, based on the trailer and some of the series’ screenshots, it looks absolutely fantastic:

The four-part series is based on Alex Kershaw’s non-fiction book The Liberator: One World War II Soldier’s 500-Day Odyssey and chronicles the World War II service of Felix Sparks.

An infantry officer with the 157th Infantry Battalion of the 45th Division, Sparks led a racially-integrated group of soldiers across the battlefields of Europe — and through the horrors of war.

Kershaw’s book, which serves as the series’ source material, follows Sparks and his soldiers as they advance across Europe, from their landings in Sicily, through the mountains of Italy and France, until their arrival at Dachau Concentration Camp, where Sparks “confronted scenes that robbed the mind of reason—and put his humanity to the ultimate test,” reads a synopsis for the book.

“On every level, Sparks and his battalion of ‘Thunderbirds’ were classic citizen soldiers, and for over 500 days they led a special group of American soldiers from Italy to France to the liberation of Dachau, through some of the most grueling battles of the war,” reads a Netflix statement.

“This motley group of men not only coalesced into a fighting force to be reckoned with, but became one the most decorated American combat units of World War II.”

The Liberator will air on Netflix this Veterans Day.