Tom Hanks and Stephen Spielberg are bringing the third series in its Band of Brothers franchise to Apple TV+, which will highlight the American bomber crews who fought the air war over Nazi Germany during World War II, according to Deadline. 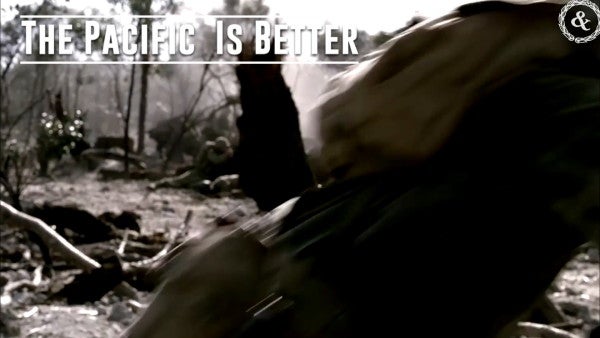 Tom Hanks and Stephen Spielberg are bringing the third series in its Band of Brothers franchise to Apple TV+, which will highlight the American bomber crews who fought the air war over Nazi Germany during World War II, according to Deadline.

Based on the 2007 book Masters of the Air: America's Bomber Boys Who Fought the Air War Against Nazi Germany, the series will focus on the enlisted men of the Eighth Air Force, according to The Hollywood Reporter.

“Fighting at 25,000 feet in thin, freezing air that no warriors had ever encountered before, bomber crews battled new kinds of assaults on body and mind,” reads a description of the book, authored by Donald L. Miller.

“Air combat was deadly but intermittent: periods of inactivity and anxiety were followed by short bursts of fire and fear. Unlike infantrymen, bomber boys slept on clean sheets, drank beer in local pubs, and danced to the swing music of Glenn Miller's Air Force band, which toured US air bases in England. But they had a much greater chance of dying than ground soldiers.”

From May 1942 to July 1945, the “Mighty Eighth” planned and executed hundreds of thousands of daytime bombing campaigns, though it suffered a heavy price: More than 26,000 Army airmen and 5,100 aircraft were lost, according to a service history.

The nine-episode Masters of the Air will stream exclusively on Apple TV+, per THR, after HBO decided to release the series, apparently due to its estimated $250 million price tag. Band of Brothers, which followed the 101st Airborne in Europe, and The Pacific, which featured Marine combat against Japan, previously aired on HBO.

Per The Hollywood Reporter:

All of the producers behind both Brothers and Pacific are slated to return for the new installment. Tom Hanks, Gary Goetzman and Steven Spielberg will exec produce for Hanks and Goetzman's Playtone and the latter's Amblin Television, respectively. Amblin TV's Darryl Frank and Justin Falvey will co-exec produce alongside Playtone's Steven Shareshian. Band of Brothers grad John Orloff will pen the script and also co-EP the series alongside Graham Yost (Justified). The latter also worked on both previous shows in the franchise. The third miniseries in the WWII saga had been in talks for months after The Pacific's success. The third show was officially put in development back in January 2013 at HBO.

No date has been set on when the series will be released.