Not counting when he guards the galaxy. 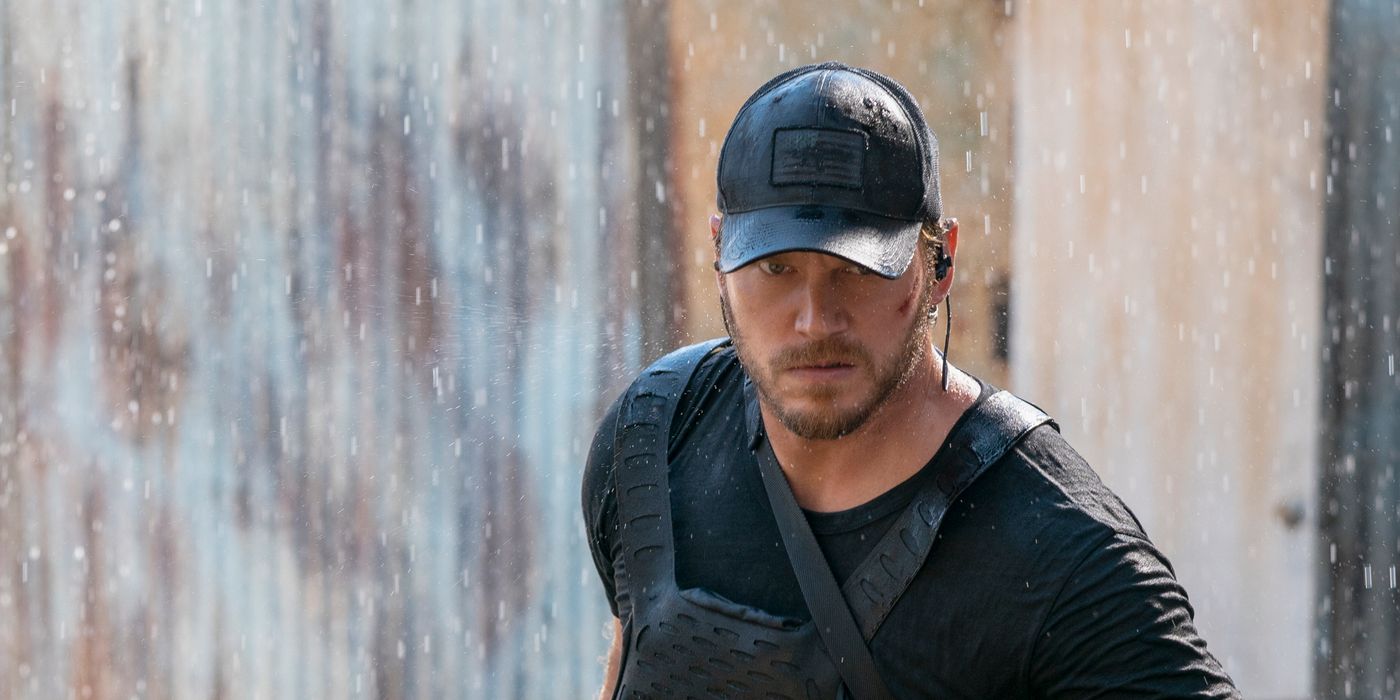 When he’s not playing the lead singer of Mouse Rat in Pawnee, Indiana or a or a swaggering space pirate-turned-superhero, Chris Pratt has carved out a good amount of big-screen roles as either an active-duty service member or a military veteran —  and a highly trained one at that.

This might seem a bit odd since Pratt has developed a reputation as a comedic actor from his easygoing manchild turns in Parks & Rec and Marvel’s Guardians of the Galaxy, but go through the list. He was part of SEAL Team 6 as the comedic relief and operator Justin Lenihan (possibly based on real-life SEAL and bad beer spokesman Rob O’Neill) in Zero Dark Thirty; a Navy veteran-turned-raptor handler Owen Grady in Jurassic World (a seemingly logical career progression in that universe) and Green Beret veteran Dan Forester in The Tomorrow War. In his latest role in the upcoming Amazon Prime TV show The Terminal List, Pratt portrays a SEAL once more as James Reece in the adaptation of the Jack Carr novel, a role he appears to adopt seamlessly in the recent trailer for the series.

So for a guy who frequently  plays members of the U.S. military, what would it actually cost the Pentagon to train each of his characters for their specific tours of duty? Let’s investigate the last decade years of Pratt’s military roles.

First, the latest evidence. Pratt’s back in the military action world with The Terminal List. His character, Lt. Cdr. James Reece (because so many military heroes need names that start with J, from Jack Reacher to John Clark), is fresh off his last tour, a disastrous operation that saw the rest of his squad of SEALs killed in action. The trailer shows Reece now on his own mission to unravel what went wrong and who set his team up. The trailer has all of the trappings of an intense conspiracy thriller, with plenty of shootouts and explosions to satisfy action fans.

So let’s break it down. Each character requires expensive training, both in basic and, in later cases, specialized skills. The Terminal List’s Reece wrapped up years as a SEAL, and the fictional Lenihan of Zero Dark Thirty was an active-duty SEAL. Factoring in the approximately $50,000 for basic, plus the roughly $1.5 million spent on training special operations forces for SEAL training for the two of them, that’s $3.1 million. That figure is just focused on government training and doesn’t include the likes of, say, retention bonuses or money raked in on a book tour in a typical “quiet professional” manner.

In the Jurassic World franchise, Owen Grady mentions that he was in the Navy, but doesn’t specify what he did in the service (supplemental material says he was part of SEAL Team 4 and also a dolphin trainer). For the sake of training, let’s stick with on-screen details, so that’s basic for $50,000.

And The Tomorrow War’s Dan Forester was a Green Beret, so there’s the $58,000 for Army basic (according to Army Training and Doctrine Command in 2013) and the $1.5 million in learning Special Forces skills. That comes out to $4,708,000 in making Chris Pratt’s characters into action heroes.

Now, let’s talk about deployment experience. During the post-9/11 wars in Afghanistan, it cost a significant amount of money to send a single soldier to war for a year: in 2009, NPR reported that the White House informed Congress during closed briefings that it cost roughly $1 million to keep a single soldier fighting in Afghanistan for a year; a few years later, the Pentagon comptroller pegged that number closer to $850,000. That’s $2,550,000 for Grady. It’s higher for special operations forces, although no exact number is known. So let’s keep it at $1 million per year. If the various special operator Pratts served a tour of three years, that comes up to an additional $3 million for each character.

That’s not quite the more than $900 billion that’s been spent saving Matt Damon over several military operations in film, but it’s a pretty high amount. If Pratt’s various characters somehow were all one man, they’d not only be one of the most highly skilled fighters in the military — but likely the most expensive. And God only knows what his VA coverage is going to look like.

The Terminal List, based on Carr’s novel of the same name, is out July 1 on Prime Video.

Did we get the costs wrong? Have inside intel to make our calculations better? Hit us up at nicholas@taskandpurpose.com.