The new Army directive goes into effect on July 1. 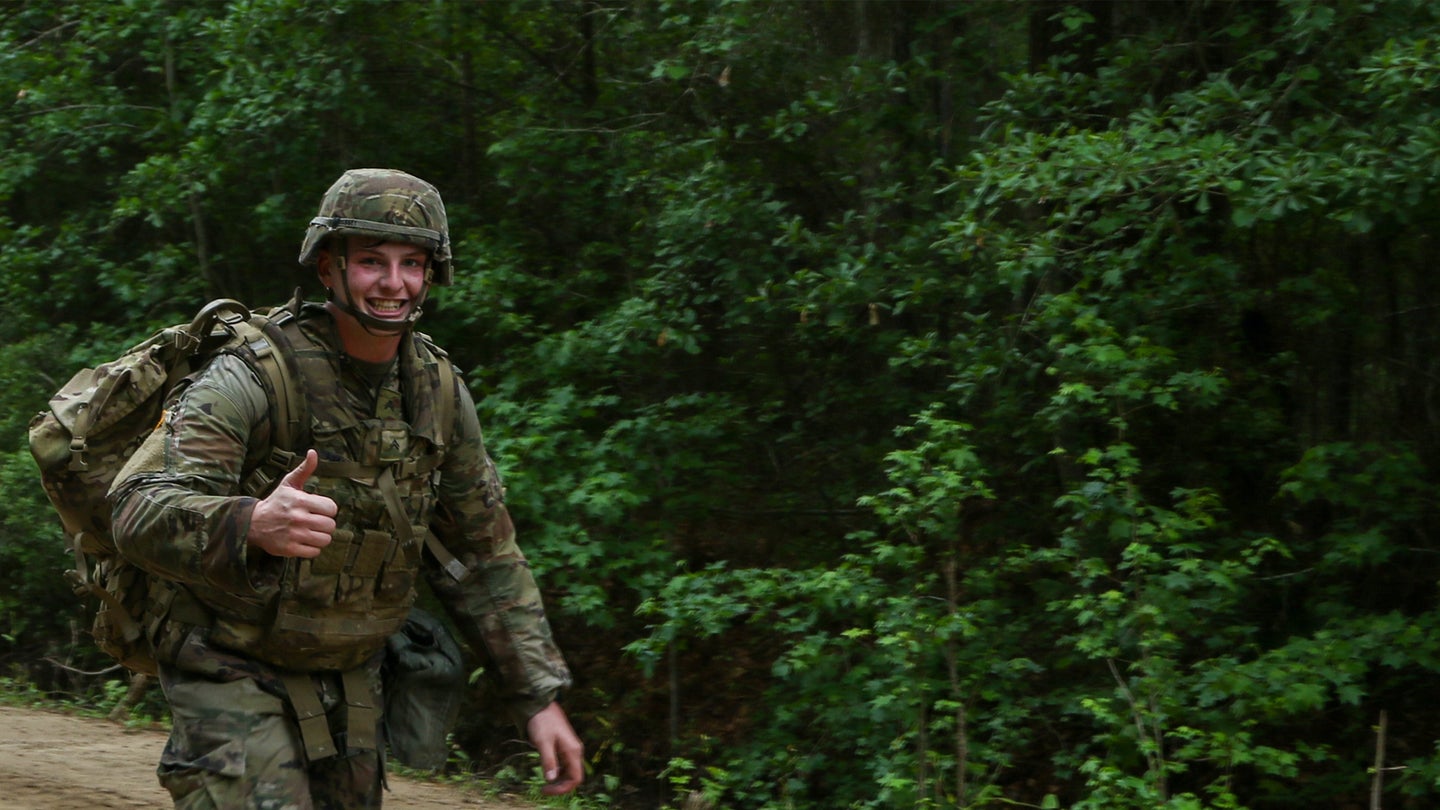 Cpl. Joseph Massey, an infantryman assigned to 1st Battalion, 28th Infantry Regiment, 3rd Infantry Division, strikes a pose as he competes in a foot march at Fort Stewart, Georgia, May 5, 2021. Massey was the first to finish the 12-mile foot march for the 3rd Infantry Division Soldier and Noncommissioned Officer of the Year Competition. (Spc. Jose Escamilla/U.S. Army).
SHARE

Active-duty soldiers will soon have to serve as corporals before being promoted to sergeant, the Army announced last week.

Starting on July 1, Army specialists who have completed the Basic Leader Course (BLC) and have been recommended for promotion by a promotion board will be “laterally” promoted to the rank of corporal, according to an Army press release issued on Friday.

The basic leader course recently underwent curriculum changes to primarily focus NCOs on physical fitness and educate them on issues like sexual harassment, talent management, financial readiness, and equal opportunity. Friday’s release also said that beginning in 2022, soldiers will have to be recommended by a promotion board to sergeant before they can attend the basic leader course.

Sgt. Maj. Kenyatta Gaskins, with the Directorate of Military Personnel Management, said in the release that the intent is to “get after leading, teaching, and mentoring” junior enlisted soldiers early. “This is a junior leader development process and that’s how we’re looking at this,” Gaskins said.

While the Army is viewing this as a positive step to improve unit culture, the rank of corporal isn’t always seen favorably — some have even gone so far as to deem it the “worst rank in the Army” because corporals have more responsibility than specialists but are paid the same. Gaskins clarified in Friday’s release that corporals will not receive additional pay, and will not lose any pay if they go back to specialist, which is an E-4 but is not considered an NCO position.

Long story short, if soldiers want to make it to sergeant they’ll need to serve as corporals first. But there is no time requirement for serving as a corporal before being promoted, according to the release, only that they’ll need to “wear the rank for a period of time.”

The new requirement is an effort to support the “This is My Squad” initiative from Sgt. Maj. of the Army Michael Grinston, which focuses on building teams that look out and care for one another in an attempt to bring down the rates of sexual assault and harassment, suicide, and incidents of racism and extremism.

Grinston has urged junior NCOs to spearhead that cultural change, and was particularly disappointed after the Fort Hood report last year identified problems with NCOs specifically that led to a toxic and harmful culture at the Texas installation.

By promoting soldiers to corporal, the Army said on Friday, unit cohesions will be “strengthened at the lowest levels,” and those junior NCOs will be better equipped to tackle issues like sexual harassment, racism, and suicide.

“This is a change in culture,” Gaskins said on Friday. “This is not something we’re used to.”

If you’re currently serving in the Army or were recently separated: How do you see this working out in practice? Is this a change you’d welcome? Why or why not? Hop in the comments and let us know!

Featured photo: Cpl. Joseph Massey, an infantryman assigned to 1st Battalion, 28th Infantry Regiment, 3rd Infantry Division, strikes a pose as he competes in a foot march at Fort Stewart, Georgia, May 5, 2021. Massey was the first to finish the 12-mile foot march for the 3rd Infantry Division Soldier and Noncommissioned Officer of the Year Competition. (U.S. Army/Spc. Jose Escamilla)