The battle for the Black Sea continues. 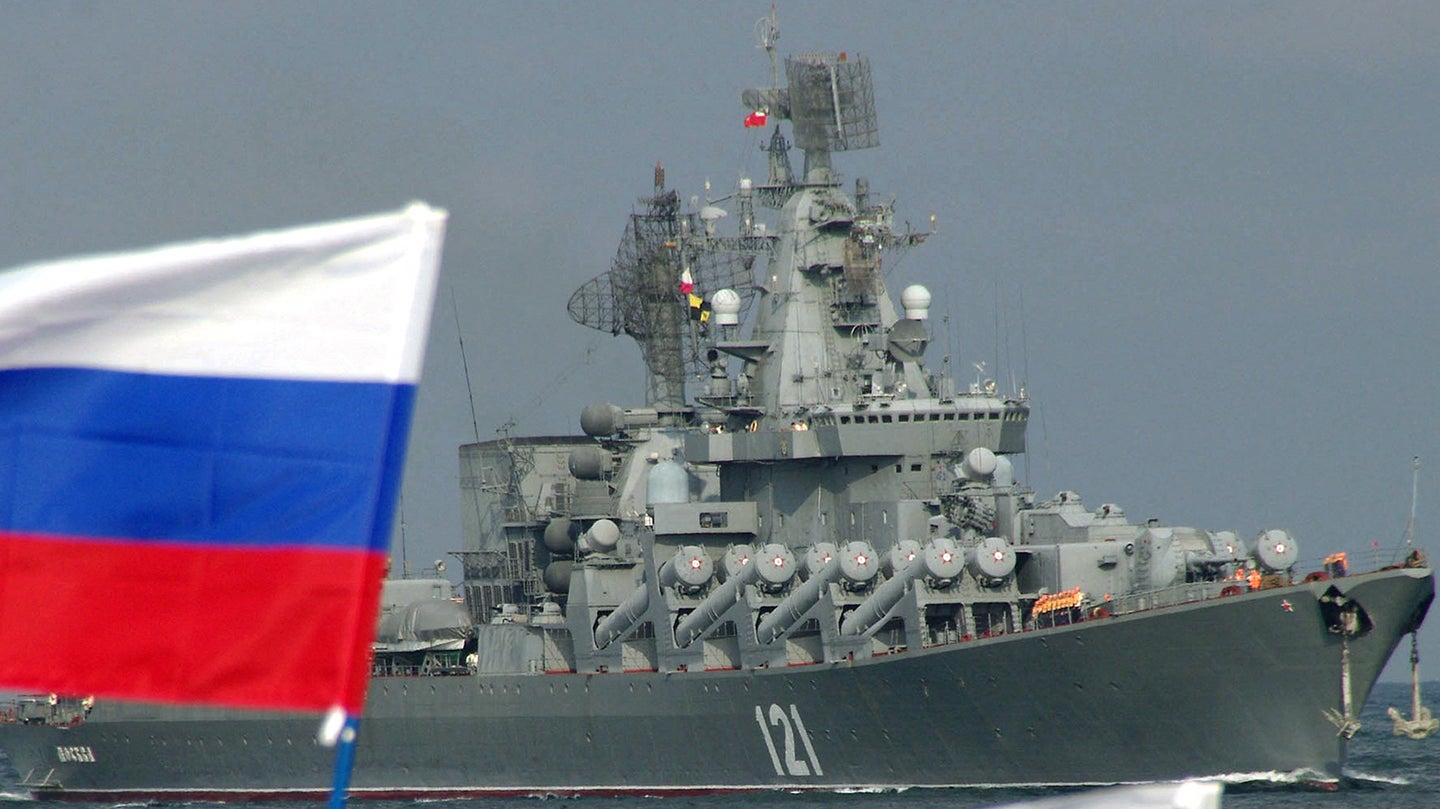 While Russia’s invasion of Ukraine has been mostly fought on land and in the air, both countries have also waged a battle to control the Black Sea.

In April the Russians lost their cruiser Moskva, the former pride of the Black Sea Fleet, after the ship was struck by two Ukrainian anti-ship missiles. The Ukrainians followed up this success by sinking two Russian ships in June with Harpoon missiles that the Defense Department helped to provide. And Ukraine’s recent attack on Russia’s naval base at Sevastopol using suicide drone boats has reportedly forced the Black Sea Fleet’s most capable warships to hide in port, H I Sutton of USNI News first reported.

Access to the Black Sea is vital for Ukraine’s ability to export grain and other products, especially in the wake of the serious damage that the country’s economy has sustained since Russia launched its full-scale invasion in late February. If the Ukrainians make destroying Russia’s Black Sea Fleet a high priority, they will likely need some additional firepower.

The Defense Department has already provided Ukraine with 38 High Mobility Artillery Rocket Systems, or HIMARS, which the Ukrainians have successfully used to strike targets on land. However, the United States has so far refused to give Ukraine any Army Tactical Missile Systems, or ATACMS, which can be fired by HIMARS and have a range of up to 186 miles, even as some members of Congress, like Rep. Michael McCaul (R-Texas), have come out in support of providing ATACMS to Ukraine.

President Joe Biden has made clear that the United States will not provide Ukraine with any long-range missiles that could be used to hit targets inside Russia. However, ATACMS would allow the Ukrainians to attack Russian warships at Sevastopol and other facilities on occupied Crimea, from which the Russians have launched Iranian drones against civilian infrastructure, said retired Army Lt. Gen. Ben Hodges, former commander of U.S. Army Europe.

“Of course, the Russian navy still launches Kalibr cruise missiles, and so if they had ATACMS, they could start pounding the source from which Russian rockets and missiles and drones are murdering innocent Ukrainian civilians,” Hodges told Task & Purpose.

When asked if sinking Russian warships would be an escalatory move for Ukraine, Hodges said the only way the Russians could escalate the conflict would be if they used nuclear weapons, which is not likely because doing so would almost certainly trigger the United States’ intervention in the war.

“The Russians have tried to present and convince the West that somehow Crimea is a special category and that — Oh my God! — if we attack targets inside Crimea, this is going to lead to escalation,” Hodges said. “There nothing with which to escalate. They haven’t been able to escalate anything. I think we have self-deterred. We have deterred ourselves. Every time a journalist asks ‘Well, what about nukes;’ that’s a tick mark in the victory column for the Kremlin.”

While ATACMS could be effective against Russian warships, one problem is that land-based missiles have a limited range compared to other anti-ship weapons, said retired Navy Lt. Cmdr. Steven Wills, a naval strategist and research assistant at CNA, a nonprofit research and analysis organization in Arlington, Virginia.

Wills suggested that unmanned boats, such as the ones the Ukrainians reportedly used last month in Sevastopol, are better able “to reach out and touch the Russians, even in their homeport.”

Although the drone boat attack did not sink any Russian vessels, it may have forced them to cede some control of the Black Sea by moving their warships to port for protection, Wills told Task & Purpose.

“Even though you don’t get the loss of ships, you do get an effect,” Wills said. “In this case: You don’t have [Russian warships] Admiral Makarov or Admiral Essen at sea, perhaps launching Kalibr land attack cruise missiles against Ukrainian targets because the Russians don’t want to risk them.”

Any unmanned boat could be turned into a kamikaze drone, so it’s possible that the Ukrainians could modify some of the unmanned coastal defense vessels provided by the United States to attack Russian warships, Wills said. The U.S. military has developed other unmanned surface vessels for minesweeping and other missions that could also be equipped with an explosive warhead and steered into moored Russian ships.

While the Russians have close-in defenses to shoot down incoming missiles, they do not have similar defenses against done boat attacks, he noted.

“There’s not a close-in weapon system from drones other than somebody with a .50 caliber machine gun and a sharp eye,” Wills said.

Neither the Defense Department nor the National Security Council provided a comment for this story.

Naval expert James Seddon said he is in favor of the United States arming Ukraine to repulse the Russian invasion, but he noted there would be serious difficulties with providing Ukraine with anti-ship weapons.

First of all, the sinking of the Moskva in April marked the last time Ukrainian Neptune anti-ship missiles successfully destroyed a Russian vessel, and that could indicate the Russian navy has learned to operate its warships outside the range of land-based missiles, Seddon told Task & Purpose.

“It’s not clear that supplying Harpoons or Naval Strike Missiles would make it any easier for them to strike Russian warships if this is the case,” said Seddon, a retired Navy commander.

Moreover, Ukraine has used air-launched weapons to strike targets on Snake Island, but hitting a moving ship with such a missile would be a much more difficult problem for Ukrainian forces and it is not likely that any of their aircraft could be equipped with U.S. air-launched anti-ship missiles, he said.

It is also debatable whether using unmanned boats to attack the Black Sea Fleet would be worth the risk of new and sophisticated technology being captured by the Russians, said Seddon, who added that one such drone boat washed up on a Crimean beach weeks before the Ukrainians attacked.

“The fact of the matter is that the Russian Black Sea fleet is having a limited effect on the fight ashore (especially after the Moskva’s loss, and its over-land air-surveillance capabilities),” Seddon told Task & Purpose. “There is no longer a serious amphibious assault threat. They are limited to smaller-scale sea-based cruise missile attacks (and Russia is running short on cruise missiles). Ukrainians should strike them when the opportunity presents itself, but it’s probably not the highest priority need for Ukrainian operations.”