"In that moment, you have to decide: Flight or Fight. I chose fight.” 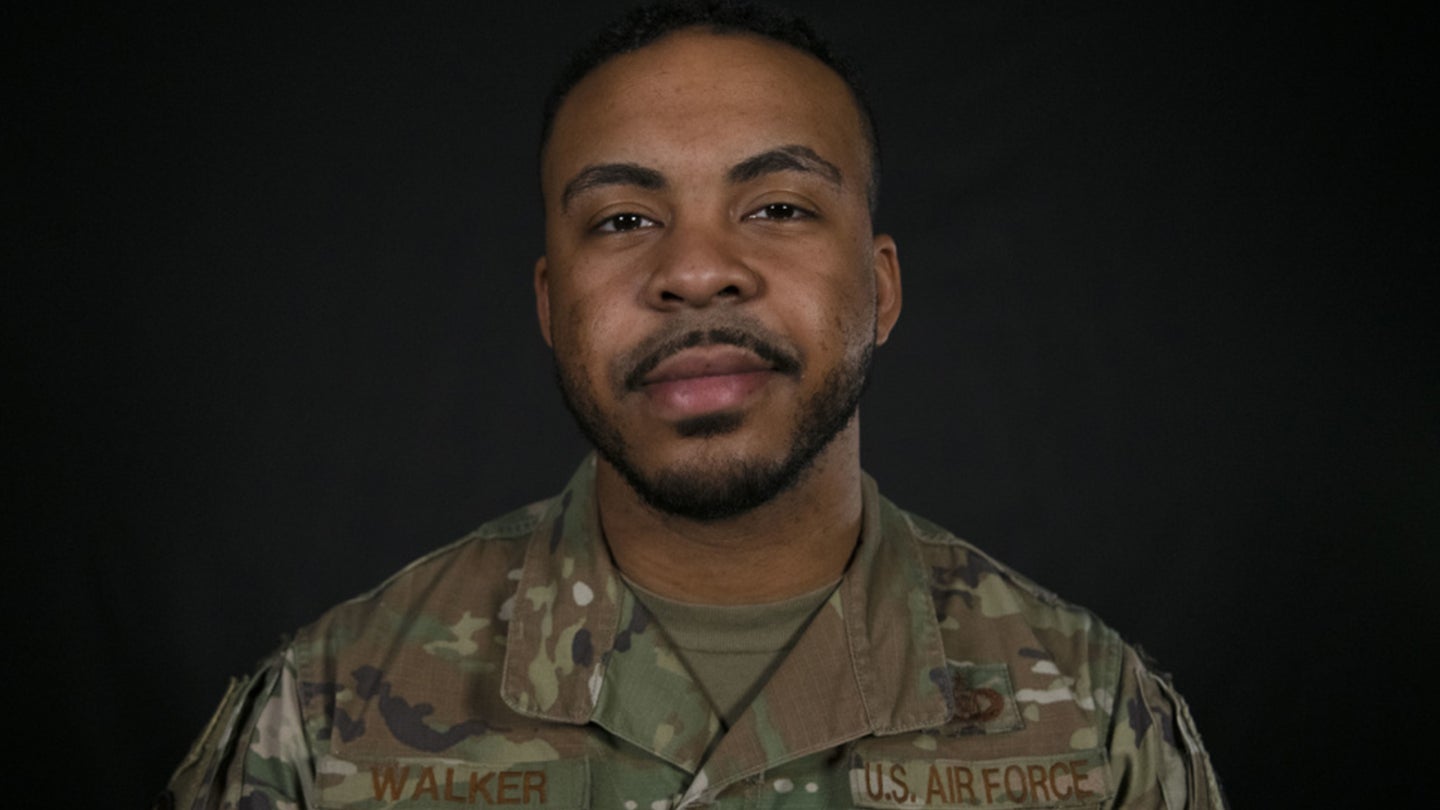 Tech Sgt. Michael Walker was finishing dinner with his friends at the mall in Glendale, Arizona last spring when chaos erupted around him. People ran past the restaurant and he heard gunshots. Walker sprung into action, running to the restaurant’s front entrance to barricade the doors, a mere 10 or 15 feet from the shooter himself.

“All I could think about was locking the doors and getting people safely inside,” said Walker in a recent press release. An aviation resource manager for the 309th Fighter Squadron at Luke Air Force Base, Arizona, Walker received the 2021 Air Force Sergeants Association William H. Pitsenbarger Heroism Award in March for his actions last May. The airman is credited for helping save the lives of 28 people while off-duty during the shooting at the Westgate Entertainment District in Glendale on May 20, 2020.

Three people were injured in the shooting, and the suspected perpetrator, 20-year-old Armando Hernandez Jr., was arrested and faced 16 felony charges, The Arizona Republic reported on May 21, 2020.

Hernandez, a Peoria, Arizona resident, said he intended to harm 10 people in an effort to “gain some respect” because he felt he “had been bullied in his life,” Glendale police Sgt. Randy Stewart said in a news conference, according to The Arizona Republic. If not for Walker’s efforts, Hernandez may have made good on his threat.

Luckily, the airman took charge of the situation in the restaurant, guiding staff and customers to the kitchen, where he told them to hide and barricade the kitchen doors so that they could only be opened from the inside. Walker then got the restaurant’s front door keys from the manager, waited for the shooter to move away from the entrance, then walked out, locked the doors behind him and closed three garage-like rolling security doors from the outside. The Westgate Entertainment District is an outdoor mall, The Arizona Republic reported, so the airman had essentially blocked all the ways into the restaurant, though at the cost of locking himself outside and leaving himself exposed.

“You could still hear people yelling and running,” said Walker. “I didn’t really think about me; I thought about saving others. In that moment, you have to decide: Flight or Fight. I chose fight.”

The decision came naturally to Walker, especially after four deployments and many active shooter exercises over the course of his eight-year Air Force career.

“Training for a situation like this is a lot different than the actual thing,” said Walker. “We always tend to think, ‘I would have done things like this in the moment,’ but what would you have actually done? I took what the Air Force taught me and applied it to the situation.”

Walker’s old supervisor was not surprised to hear what he did that day.

“It was not a surprise that he jumped into action in the midst of a dangerous [and] deadly situation to help others,” said Master Sgt. Ashley McGee, superintendent of the 310th Fighter Squadron, in the press release. “He was not thinking of his life when he exposed himself outside where the shooter was located. He only thought about the safety of the people around him.”

Though he was off-duty that day, Walker said his actions were part of the oath he took when he first joined the Air Force.

“I signed up [for the military] for a reason,” he said. “I know why I put this uniform on every day. I didn’t think that my mom could have lost a son and my brother could have lost a brother; I thought about saving others. I wouldn’t have done it any other way.”