The Army embraced zodiac signs and people lost their minds

Mercury is in retrograde; we won't all be on the same page. 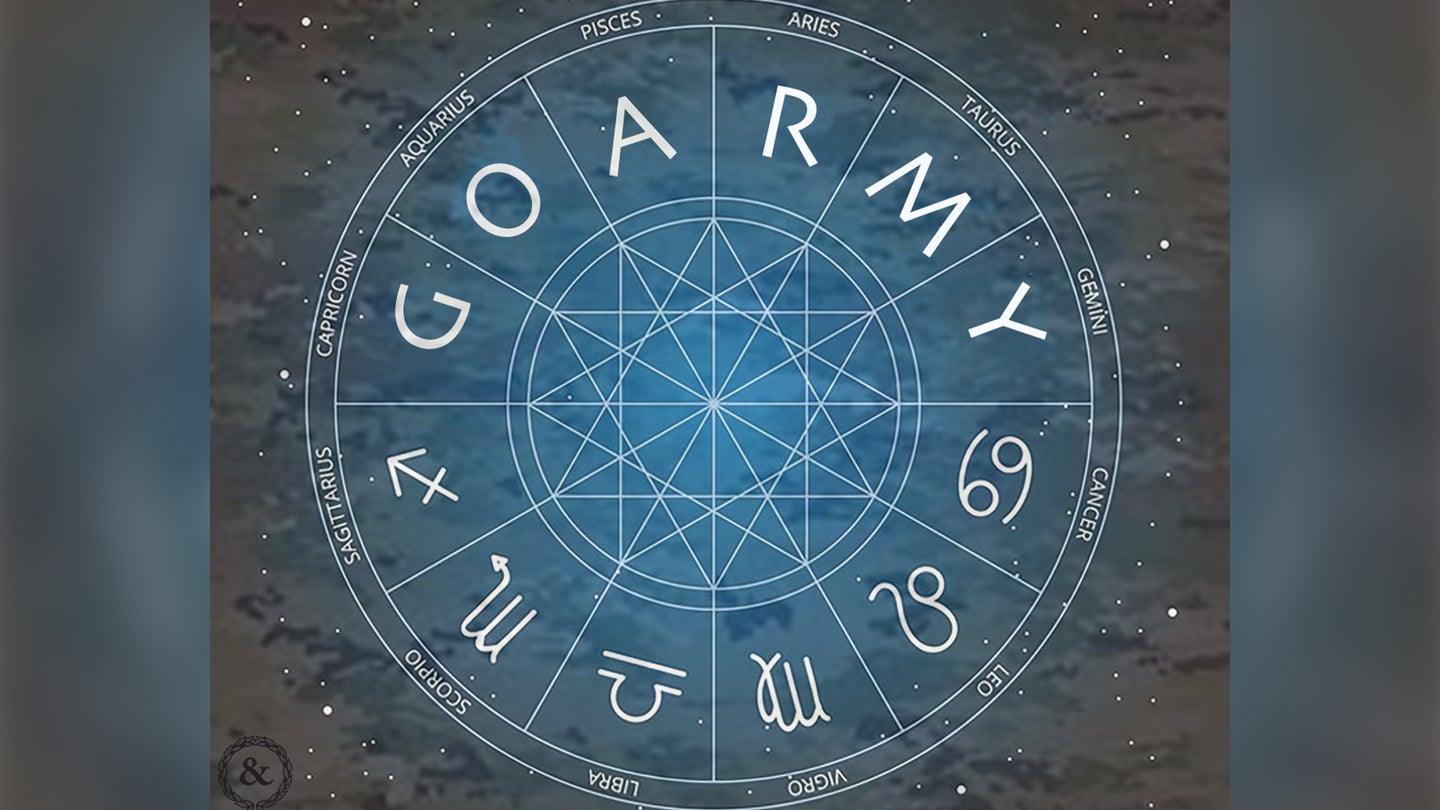 To absolutely no one’s surprise, the internet lost its mind over an Army social media post once again.

The official GoArmy Instagram page posted a video on Friday that connected zodiac signs to jobs in the Army — Cancers (born June 21 to July 22) to field veterinary services, for example, and Pisces (born Feb. 18 to March 20) to JAG attorneys — and people weren’t impressed.

“Wow, just wow, this is what the Army has become,” said another. “Glad I’m retired.”

To be fair, Mercury is in retrograde so we can’t expect to all be on the same page. But folks, I have some news that may be difficult for some of you to hear; a pill that will be hard to swallow; an uneasy truth: You need to chill the hell out.

The Army has been attempting to highlight other jobs in the service for years. It was the whole premise of the “What’s Your Warrior” recruiting campaign in 2019, and as the service is also looking to get the attention of the youths — otherwise known as Generation Z — they’ve started doing things a bit differently.

Laura DeFrancisco, spokeswoman for the Army Enterprise Marketing Office, said in an email on Monday the post was “one example of many creative, light-hearted pieces of content that we use to introduce our prospect audience to the breadth and depth of careers in the U.S. Army.”

That’s not to say you can’t criticize the effort as lame. There’s plenty to make fun of, and military services trying to connect with the young people they want to recruit can often come off as a real-life “How do you, fellow kids?” meme.

More generally, there are lots of things to get mad at the Army for, from the state of military housing; to how the special operations community still hasn’t fully adapted to having women serve among them; or why soldiers don’t trust the service to handle sexual assault and harassment correctly. But plenty of young people think astrology is fun, so it stands to reason that someone, somewhere, would see it as an opportunity worth trying in order to get their attention.

DeFrancisco said the Instagram story, which laid out all 12 zodiac signs’ jobs in the Army, “performed above average” with users, “particularly with the Ranger and Psychological Operations Specialist MOSs.” So clearly, the idea piqued the interest of someone.

If there’s anything you should be upset about for this post, it’s that they said Sagittarius’ would make good social workers. As a Sagittarius I can confirm we would not. We are loud, restless, sometimes reckless; you might fare better with a Libra. But for everyone upset that the Army did a social media post you didn’t like — we get it. You don’t like change. You’re comfortable doing things the way they’ve always been done.

We hear you loud and clear, and it’s so Taurus of you.