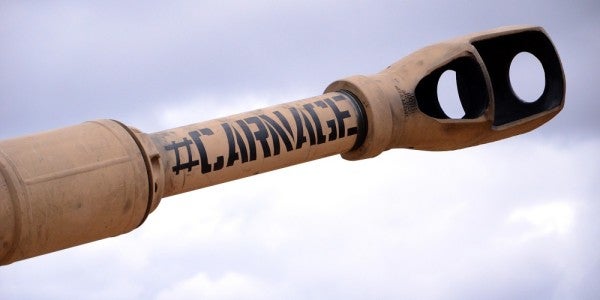 The Army’s proposed fiscal 2019 budget calls for purchasing an eye-popping 148,297 155mm shells, including 1,189 GPS-guided Excalibur rounds designed for use in danger-close situations, officials told reporters on Tuesday. The order reflects a 825% increase from the 16,573 155mm shells the Army planned on purchasing this fiscal year.

Artillery rounds and other munitions expire after a certain period of time and must be regularly replaced, said Jack Daniels, Deputy Assistant Army Secretary for Plans, Programs and Resources. Soldiers also use munitions during training, he said.

“Most of the units in theater for the last 15 years have been operating in a COIN environment — not a lot of call for heavy munitions,” Daniels told reporters at a media roundtable.

As Army units begin to be organized to fight conventional wars again, soldiers will need more artillery shells with which to train, Daniels said. The Army also needs to fire artillery shells to test new weapons systems, such as a counter-fire radar.

The Trump administration considers great powers such as Russia and China a greater threat to U.S. security than terrorist groups. Indeed, the U.S. Army has rotated units through Eastern Europe to deter Russian aggression since 2014, and the service’s fiscal 2019 budget calls for pre-positioning 40 Abrams tanks, 66 armored multi-purpose vehicles, and 61 Bradley fighting vehicles in Europe in 2020 or 2021, according to Army’s deputy budget director Davis Welch.

Given the perceived need to prepare for a conventional war, the Army is purchasing the new 155mm shells to replenish wartime reserves and build up stockpiles in theater, Welch said on Tuesday.

“We have a lot of munitions, but not enough munitions that are sitting there in ammo holding areas and in theater stocks, Welch said on Tuesday. “So this is just building back out those stockage levels.”

This 825% increase in the number of 155mm shells does not indicate that the service has an ammunition shortage, officials emphasized on Tuesday, and Welch said the Army still has hundreds of tons of munitions stockpiled ranging from ammunition for small arms to anti-tank rounds.

“There is enough ammunition for us to fight tonight,” Chamberlain said.