A soldier stole a 155mm artillery round and concealed it among his possessions before admitting to the theft six years later according to the Army Crime Report for Fiscal Year 2018, which was obtained by Task & Purpose 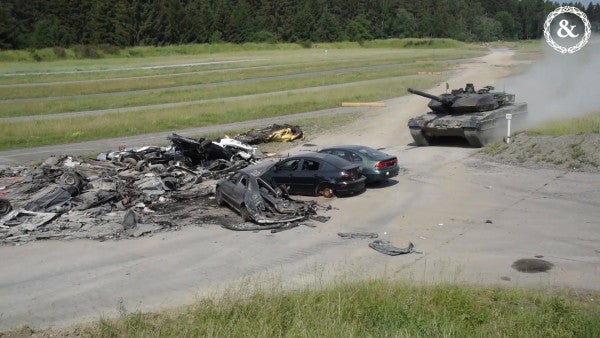 A soldier stole a 155mm artillery round and concealed it among his possessions before admitting to the theft six years later, according to an Army Crime Report for Fiscal Year 2018 that was obtained by Task & Purpose.

According to the report, an unidentified service member in 2015 admitted to stealing an M107 155mm artillery round and an AN/PEM 1 Laser Bore Light during a unit training exercise back in 2009.

Arms, Ammo, and Explosives (AA&E) “is most vulnerable to theft, diversion, and loss when out of secure storage,” the report said. “Personnel who are responsible for the inventory and accountability of AA&E should be made aware of the importance of accurate receipt, dispatch, and inventory records.”

The six-year disappearance of a high-explosive projectile isn't the only alarming theft of ammo and explosives highlighted in the report.

In 2018, military police found more than 1,000 rounds of ammo (mostly 9mm rounds and several dozen 5.56mm rounds) “during an unrelated call” to MPs about God-knows-what.

Luckily for us, the report has a solid piece of advice that encompasses these three incidents: commands “are responsible for establishing written plans that address actions to counter theft, pilferage, of damage of AA&E.”

Look people, you're members of the most powerful fighting force in the history of mankind. If you can't keep track of guns, ammo, and explosives, how can you really expect regional allies like, say, the Afghan National Defense and Security Forces to do the same?