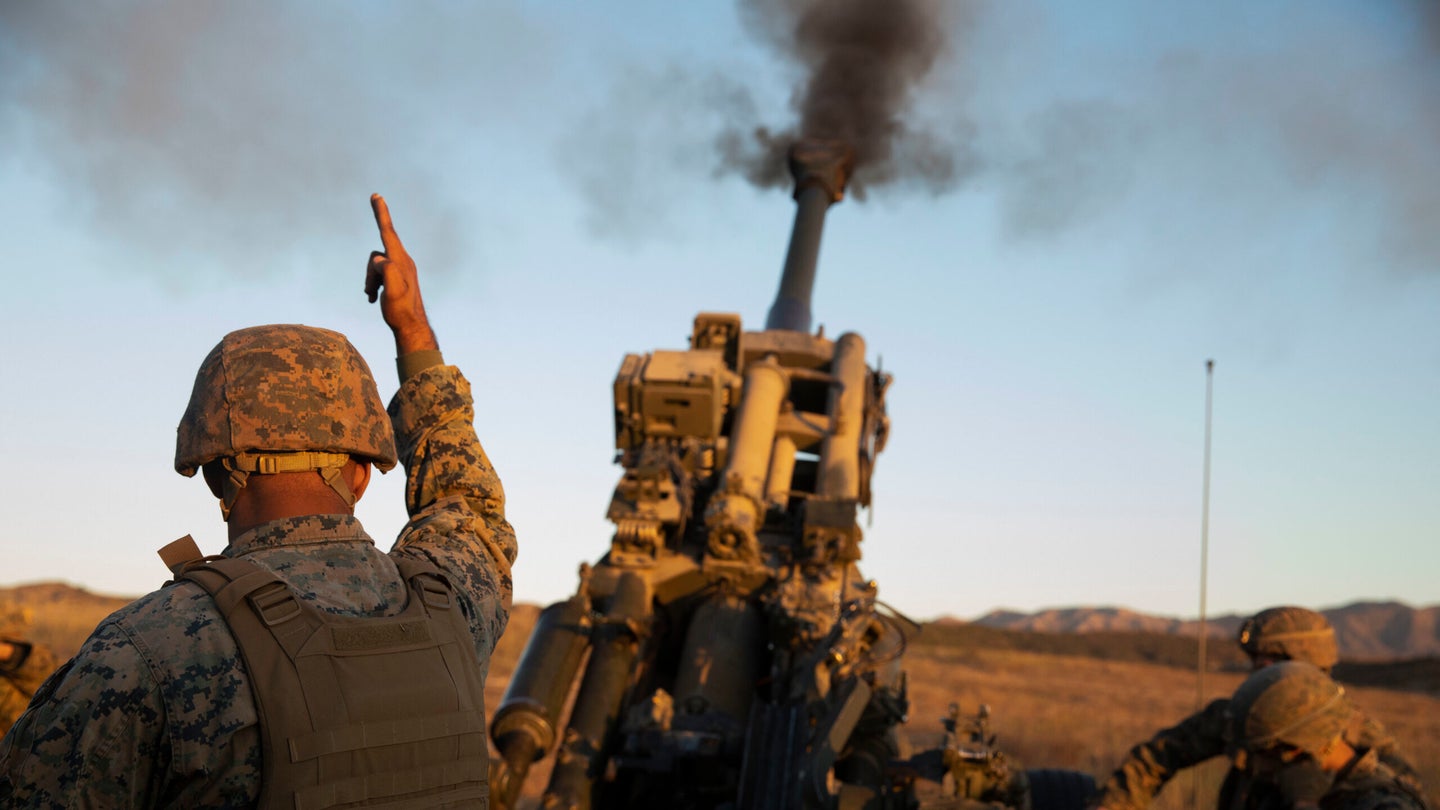 The Marine Corps is investigating how several artillery projectiles at Camp Pendleton wound up closer to the barracks than a live-fire range.

On Oct. 19, Camp Pendleton officials received two separate reports of unexploded ordnance spotted within the 43 Area area of the Southern California base, a Marine official said. Emergency services and explosive ordnance disposal personnel responded to the area, known as Las Pulgas, and discovered one 155mm projectile, rendered the immediate area safe, and kept the area secure until Oct. 21.

“At approximately 12:10 p.m. on Thursday, October 21, EOD personnel safely destroyed the [unexploded ordnance],” said Capt. David Mancilla, a base spokesman. He declined to provide more specifics on exactly where the round was discovered.

Days later on Oct. 25, emergency services responded to another report of unexploded ordnance in the 43 Area and found two additional 155mm projectiles. Explosives experts determined both were nonexplosive rounds and they were “detonated at a separate and safe location,” Mancilla said.

It remains unclear exactly what type of ammunition was found in the Pulgas area, though Marine artillery units are typically allotted thousands of illumination and smoke projectiles and many more high explosive rounds. Officials refused to comment, citing an investigation by the 11th Marine Regiment.

“The investigation is ongoing and no additional details are available at this time,” Mancilla said. He declined to say whether the base suspects any more rounds may be missing and would not specify whether there is any danger to the public.

This isn’t the first time military firepower has mysteriously disappeared. In 2015, a soldier admitted to stealing an M107 155mm high explosive artillery round and an AN/PEM 1 Laser Bore Light during a 2009 training exercise. More recently, a group of Marines at Camp Pendleton was investigated for allegedly stealing more than 10,000 rounds of rifle, pistol, and other small arms ammunition before trying to sell it on the internet.

Got a tip about this story or another one? Email paul@taskandpurpose.com or reach out anonymously to our tips line.