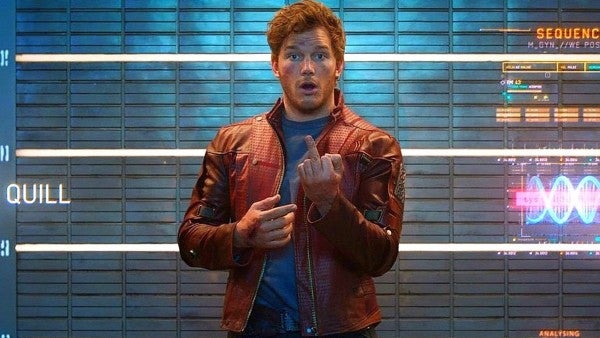 Let's just say a Marine gunnery sergeant, in a moment of anger, says something to a subordinate like, “oh, fine, you just want to gaff me off, huh? F–k me, right? Just say f–k you, gunny! Right, corporal?”

What if the corporal actually says it?

As it turns out, if the corporal is daring enough and the gunny keeps urging him to do so, that corporal can potentially get away with it, since an individual in the military can “abandon his rank and position of authority in dealing with a subordinate by his own misconduct,” according to a recent military appeals court ruling.

In a case decided Tuesday by the Navy-Marine Corps Court of Criminal Appeals, a three judge panel looked into the trial of Cpl. Cristien Addison, who was court-martialed and found guilty in June 2018 on charges of drug use and disobedience towards an officer and disrespect towards a noncommissioned officer.

Although the court said Addison did not assert there was a specific error in the lower court's ruling, the appellate judges did find an issue regarding the charge of disrespect towards a noncommissioned officer, which they ultimately set aside since the corporal was apparently disrespecting his gunnery sergeant because he was literally told to do so.

Here's the appeals' court ruling, offering up some background:

Appellant pleaded guilty to the Specification of Additional Charge II alleging a violation of Article 91, UCMJ, for disrespect toward a noncommissioned officer by saying, “F[***]k you, Gunny,” to his platoon sergeant. The military judge provided the elements of the offense of disrespect toward a noncommissioned officer and followed with a plea colloquy with Appellant.

The following exchange occurred between Appellant and the military judge:

Military Judge: Now, on those same dates, did you use certain language to wit: “F[***]k you, Gunny,” towards Gunnery Sergeant [J.R.M.]?

Addison: I did, your Honor.

As the appellate court goes on to note, a previous federal case found that someone in a position of authority could forfeit their lofty perch if they engage in their own misconduct. And since, the judges wrote, Gunnery Sgt. J.R.M. “repeatedly badgered and taunted” Addison to curse him, it wasn't right for the corporal to be punished when he finally did so.

“Appellant was instructed by the noncommissioned officer to use words that would disrespect him. This was a clear departure from the standards required of those in leadership position and it invited a disrespectful response from Appellant,” the appeal said.

“Appellant admitted to saying the charged language towards Gunnery Sergeant J.R.M., but only after he had repeatedly been told to do so by the noncommissioned officer. Appellant reasonably raised an affirmative defense of abandonment of office, so the military judge should have resolved the inconsistency or rejected the plea.”

In other words, before accepting Addison's guilty plea to disrespecting the gunny, the lower court judge should have asked more questions of the accused. It would have been clear then that the gunny, through his own words and actions, had divested his authority in that moment, rendering a charge of disrespect potentially invalid.

Just to be clear, Marines and sailors can't just go and tell their NCOs to go f–k themselves, even if invited to do so as in this case. But if it does end up happening, the ruling here may help some service members get off the hook if they can prove their superior was repeatedly asking for it.

While the appeals court set aside the one guilty charge, the rest of the charges were upheld, along with Addison's sentence — reduction to private, 179 days of confinement, and a bad conduct discharge.

Correction: The headline and wording of this article has been updated to reflect a more nuanced understanding of the ruling.