A third of its artillery force is out of action at any given time, officials say. 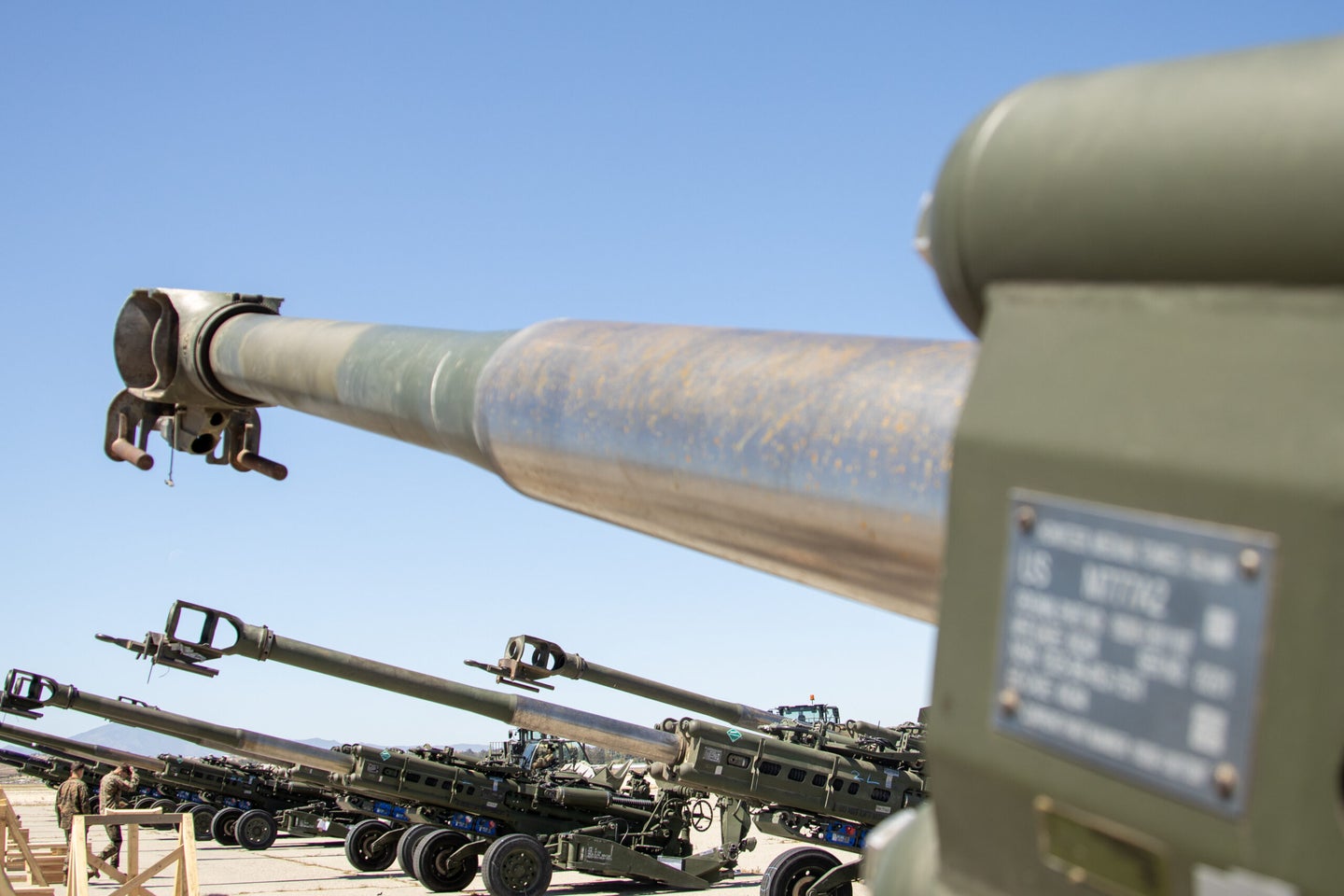 U.S. Marine Corps M777 towed 155 mm howitzers are staged on the flight line prior to being loaded onto a U.S. Air Force C-17 Globemaster III aircraft at March Air Reserve Base, California, April 22, 2022. The howitzers are part of the United States’ efforts alongside allies and partners to identify and provide Ukraine with additional capabilities. (U.S. Marine Corps photo by Cpl. Austin Fraley).
SHARE

The war in Ukraine has a rate of artillery shelling not seen in a war since the Korean War. That Intensity is so high that it’s putting a strain on the artillery pieces themselves, with a third out of commission at any point.

That’s according to the New York Times, which is reporting that a large portion of the approximately 350 howitzers provided by Western nations to Ukraine — including 142 American M777 howiterzers — are damaged, destroyed or simply breaking down from overuse. Citing multiple U.S. defense officials, the report said that repeated use is wearing down the barrels. The artillery pieces have to be taken out of service and sent to a repair center outside of Ukraine.

That facility is in Poland and overseen by European Central Command. Work most generally is on the howitzer barrels, as it’s work that can’t be done in the field.

The heavy rate of firing can lead to internal damage in the barrel, as well as other mechanical pieces tied to loading and reloading. The howitzers that are not taken out of the action can still have problems from overuse, with the wear and tear impacting accuracy. It’s not clear where in the country the damaged howitzers are being removed from.

“With every capability we give to Ukraine, and those our allies and partners provide, we work to ensure that they have the right maintenance sustainment packages to support those capabilities over time,” U.S. European Command spokesperson Lt. Cmdr. Daniel Day said in a statement to the New York Times.

Western nations have provided all kinds of weapons to Ukraine, including anti-tank missiles and M142 High Mobility Artillery Rocket Systems, or HIMARS, but it’s the larger artillery pieces such as the howitzers that have been key in Ukraine both in countering Russian artillery during fights over urban centers and in counterattacks in the country’s east. It’s also unclear how the coming winter could exacerbate the damage to the artillery.

The biggest issue so far has been keeping the artillery crews supplied. The heavy use of artillery in the war has already put a strain on Western nations’ own stockpiles of ammunition, including the United States. The United States has initiated measures to boost munition productions and recently negotiated an arms deal to buy 155mm rounds from South Korea to ship to Ukraine, rather than tap into its supply. Russia for its part is firing a similar level of artillery rounds, wearing down its own supply.