Was that wrong? Was I not supposed to do that? 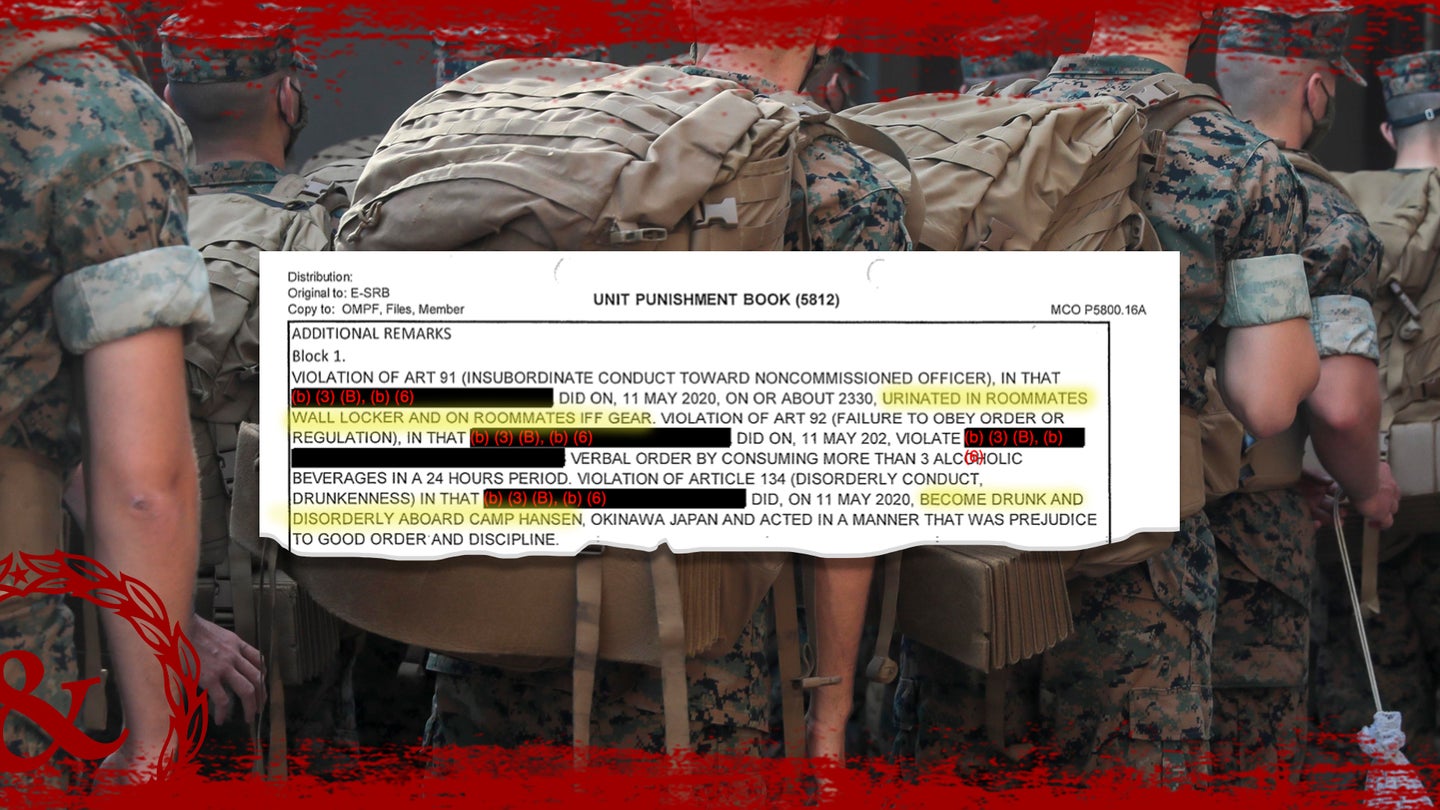 Military members get in trouble for all kinds of reasons, from using drugs to trying to sell issued gear on eBay. Some even try to overthrow tiny island nations and install themselves as president.

But a Marine in Hawaii recently engaged in a more modest violation of the Uniform Code of Military Justice: pissing all over his roommate’s stuff after getting very drunk.

While we don’t know the identity of the Marine in question, we know about the incident thanks to a Freedom of Information Act request asking for disciplinary records from the 3rd Marine Regiment, an infantry unit based at Marine Corps Base Hawaii.

The regiment is home to three battalions of infantrymen and support personnel who are currently focused on operations in the Pacific and countering China. And Fox Company of the 2nd Battalion in particular is home to a Marine lance corporal who, on May 11, 2020, became “drunk and disorderly aboard Camp Hansen, Okinawa Japan and acted in a manner that was prejudice [sic] to good order and discipline,” according to an entry in the Unit Punishment Book, a bureaucratic highlight reel of sorts for Marine disciplinary issues.

Related video: US Marines have a dance-off with South Korean troops

According to the documents, the Marine drank more than three alcoholic beverages that day, although it is unclear exactly how many or what the volume of each individual alcoholic beverage was. (A cunning barracks lawyer could argue that one bottle of Kentucky bourbon if downed in a single sitting, counts as one drink.) But the documents make clear the Marine was “drunk and disorderly” and at around 11:30 p.m. that evening, he “urinated in roommates wall locker and on roommates” issued gear. Who was the roommate? A noncommissioned officer. Because of course.

Justice was swift. Although the incident occurred on Monday, by Friday the Marine had accepted non-judicial punishment for insubordinate behavior towards a noncommissioned officer, failure to obey orders or regulations, and drunkenness and disorderly conduct.

The drunken peeing incident cost the Marine more than $2,300 in lost pay (which was suspended for 6 months) and the stripping of one rank, along with 45 days of extra duty and 45 days of restriction. Which is a real bummer for some drunken decision-making that didn’t pan out. On the other hand, this Marine private first class cemented his place in military blotter history. So it’s only up from here.

And if he ever does get promoted again, he’ll be in a good position to join the illustrious ranks of Terminal Lance Corporals.