A massive search effort is still underway in central California for a Marine lieutenant who went missing while on a backcountry skiing trip sometime on or around March 4. 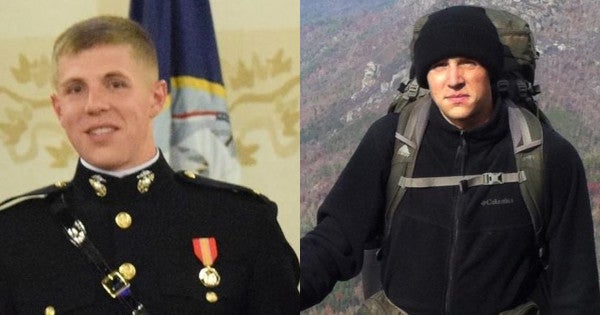 A massive search effort is still underway in central California for a Marine lieutenant who went missing while on a backcountry skiing trip sometime on or around March 4.

1st Lt. Matthew Kraft was reported missing to law enforcement after failing to make his return date while hiking the Sierra High Route. His itinerary began Feb. 23 at the Kearsarge Pass trailhead and he was scheduled to finish around March 4 or 5 at Bridgeport, California, according to a press release from the 1st Marine Division.

Kraft, an infantry officer with 1st Battalion, 7th Marines out of 29 Palms, California, has extensive survival training from the Marine Corps, a source familiar with the matter told Task & Purpose.

Multiple local law enforcement agencies have been searching Kraft's reported route attempting to locate him; so far they have only found his vehicle near Independence, California, according to ABC News.

The Inyo County Sheriff's Office said Sunday a rescue team had reached about 8,000 feet — roughly two miles from the Kearsarge trailhead — but decided to turn back amid avalanche concerns. “Aerial search crews noted several significant avalanches throughout the Sierra backcountry and along the Sierra High Route,” the sheriff's office wrote.

“Today, searches will be primarily air-based. Ground searching has proven to be too dangerous due to snow instability and avalanche concerns. In addition to the above noted aerial support, Sequoia and Kings National Park will also be providing a helicopter. The boundary of Sequoia and Kings National Park begins at the top of Kearsarge Pass and extends for approximately 70 miles of the Sierra High Route.”

SEE ALSO: This Coast Guard pilot braved a hurricane — and made history in the process