The search for the Marine lieutenant missing in the California mountains for nearly two weeks is being scaled back to a "limited continuous search status" since rescuers have been unable to locate him along his planned route. 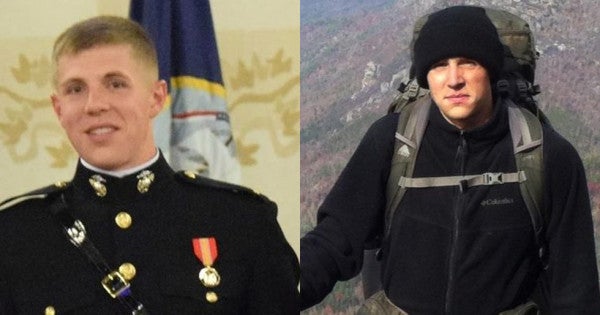 The search for the Marine lieutenant missing in the California mountains for nearly two weeks is being scaled back to a “limited continuous search status” since rescuers have been unable to locate him along his planned route.

1st Lt. Matthew Kraft, 24, was reported missing to law enforcement after failing to make his return date while skiing and hiking the Sierra High Route in central California. His itinerary began Feb. 23 at the Kearsarge Pass trailhead and he was scheduled to finish around March 4 or 5 at Bridgeport, California, according to a press release from the 1st Marine Division.

Since then, multiple federal and local agencies have been searching throughout the mountains for Kraft, but have only been able to find his vehicle at a campground near Independence, Calif. Searching an area larger than the state of Rhode Island, rescue crews have faced significant challenges, including rough weather and high winds, and snow instability, the Division said.

In addition to searching on the ground, aircraft with thermal and night vision capability have also been deployed to the area, but they only found animal-related activity.

Now the interagency search effort that is looking for Kraft is shutting down its command post and ground search efforts are being suspended until the summer, said Sintia C. Kawasaki-Yee, a spokeswoman for Sequoia and Kings Canyon National Parks.

“We are not presuming Mr. Kraft dead; we are merely scaling down search operations,” Kawasaki-Yee told Task & Purpose.

With the command post closed, park rangers will “not be focused on this incident all day,” she said, while flight crews will “keep this in the back of their mind” whenever they fly over the park area.

Kawasaki-Yee insisted that the search for Kraft is not over because ground search operations will resume in a couple of months.

“Our rangers and staff will continue to search,” she said. “We are just waiting for the conditions to improve to be able to get more rangers out there safely in areas that we weren't able to search with ground crews at this time of year. As the snow begins to melt, as wilderness rangers begin to deploy out to the wilderness, they will also be searching for clues.”

Kraft, an infantry officer with 1st Battalion, 7th Marines out of 29 Palms, California, has extensive survival training from the Marine Corps, a source familiar with the matter told Task & Purpose.

“The Marine Corps, along with the other assisting agencies, will continue to stand by and support Kraft's family, friends, and Marines during this difficult time,” said 1st Marine Division spokesman Capt. Paul Gainey.