These 5 Military Bases Are So Bad, They Should Count As A Deployment

Sometimes you end up drawing the short straw when it comes to military assignment locations. Perhaps you parked in the... 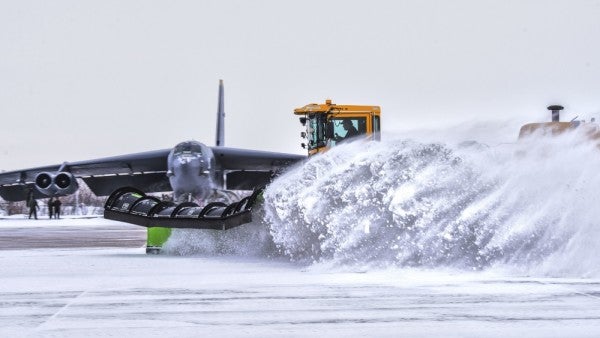 Sometimes you end up drawing the short straw when it comes to military assignment locations. Perhaps you parked in the admin NCO’s parking spot. Maybe your quirky office prank on the executive officer went horribly wrong. But whatever the reason, you are going to be PCSing to one of these horrible hotspots, which are all so bad you’ll wish you were in Kuwait.

The U.S.’s northern fortress of military strategic solitude, Minot Air Force Base, has long been a prime destination for career-ending mishaps. From misplaced nuclear weapons to security forces losing grenades, this snowy wonderland has “suck” tattooed on its forehead.

Lovely Fort Polk in blazing hot Louisiana is about as inviting as the mujahideen, unless you’re a tropical disease virus. The fort’s Southern gothic landscape matches its history as a prison. At one point it was home for German POWs during World War II. And just like those Germans learned, once you are in, there is no point in trying to escape.

Where the Corps gets crusty

Twentynine Palms, California, sounds like a nice place to take a cheap family vacation. In reality, it is where Marines go to learn to hate the Corps. From sweltering hot weather to a distinct lack of nightlife, it almost makes you forget that there are literal lakes of human waste in this godforsaken hellhole.

A chilly northern hellhole hated by all

Welcome to Fort Drum. You will learn to hate this slice of northeastern sensibility located in the mystical hills of Jefferson, New York. As cold as Minot, but without the nukes; perhaps this place could use a little radiation.

Where the wind comes sweeping down the plains

If you drive to the middle of nowhere, then keep driving a little farther, you’ll hit Altus Air Force Base in Oklahoma, considered by many airmen to be one of the least desired military bases in the nation’s vast expanse. Upon landing, assuming you dodged the tornado, you can find exactly one Applebee's to toss your 51-dollar per diem at. Altus started out as a scrapyard for World War II aircraft. But now it's just a scrapyard for your hopes and dreams of being stationed in California.

After much consideration, these are the five bases that should count as a deployment if they manage to survive the next round of base closures. But until that day of reckoning comes, feel free to bribe whoever is in charge of selecting assignments to avoid these locales — and avoid hating the duration of your contract.